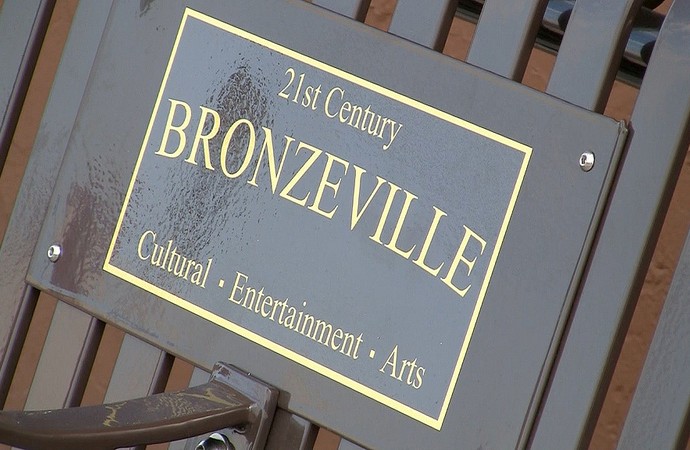 The old Garfield Avenue School, 2215 N. 4th St., may be the first of six recently identified Bronzeville sites to be offered up to developers, according to Rocky Marcoux, commissioner of the Milwaukee Department of City Development.

Marcoux said he expects the city to issue a request for proposals from developers who want to transform the old school using concepts that emerged at a December planning session, or “charette,” at the University of Wisconsin-Milwaukee School of Architecture and Urban Planning. One idea for the school included creating residential space on the upper floors, with room for the arts, culture, entertainment and other public uses on at least part of the ground floor.

Designs for the school and five other sites in the Bronzeville Cultural and Entertainment District along west North Avenue in the Harambee neighborhood were recently unveiled to the public by Sixth District Alderwoman Milele Coggs at the Milwaukee Urban League, 435 W. North Ave. On display, perhaps to catch the eye of a suitable real estate developer, were concept drawings produced at the charette, which was coordinated by Carolyn Esswein of Community Design Solutions, a university service center. 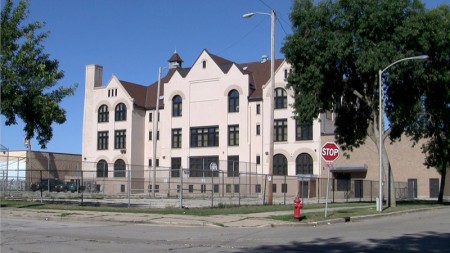 One plan for the former Garfield Elementary School would create residential space on the upper floors, with room for the arts, culture, entertainment and other public uses on the ground floor. (Photo by Mark Doremus)

Six architectural firms also participated in the design process. According to Esswein, the planning exercise produced conceptual drawings that have been thoroughly reviewed and endorsed by community stakeholders.

That’s an important step forward, Esswein said, because “the first question developers ask coming into a project is ‘Does the community support this?’” Without that assurance, developers are reluctant to invest time and money to put together a formal proposal for city approval.

Coggs has said that there must be a cultural component to any project that she would support in the Bronzeville neighborhood, and that current residents must not be pushed aside by new construction.

“This needs to be a redevelopment process, not a gentrification process,” Coggs told the 35 people who attended the recent event.

“We’ve done a significant amount of prep work,” Marcoux said. “The charette produced ideas that are real and doable. Now we’re looking for developers who want to embrace the opportunities” in the redevelopment zone, which straddles west North Avenue between North 7th Street and Dr. Martin Luther King Jr. Drive.

“It’s up to me to pick up the phone and contact developers” to invite them to undertake projects in the district,” Marcoux said. “And that’s what I’m doing.”

The Milwaukee Department of City Development first rolled out a project plan for the area in March 2005, proposing “a year-round tourist destination celebrating a rich cultural heritage by offering authentic ethnic music, art and cuisine.” Since that time there have been further studies and at least two requests for proposals inviting developers to start projects in the area. So far, the only major project completed in the cultural and entertainment district is a $500,000 rehab of a classic building at 642 W. North Ave. that had been a firehouse, library and then a neighborhood arts center. That project was completed in February 2012.