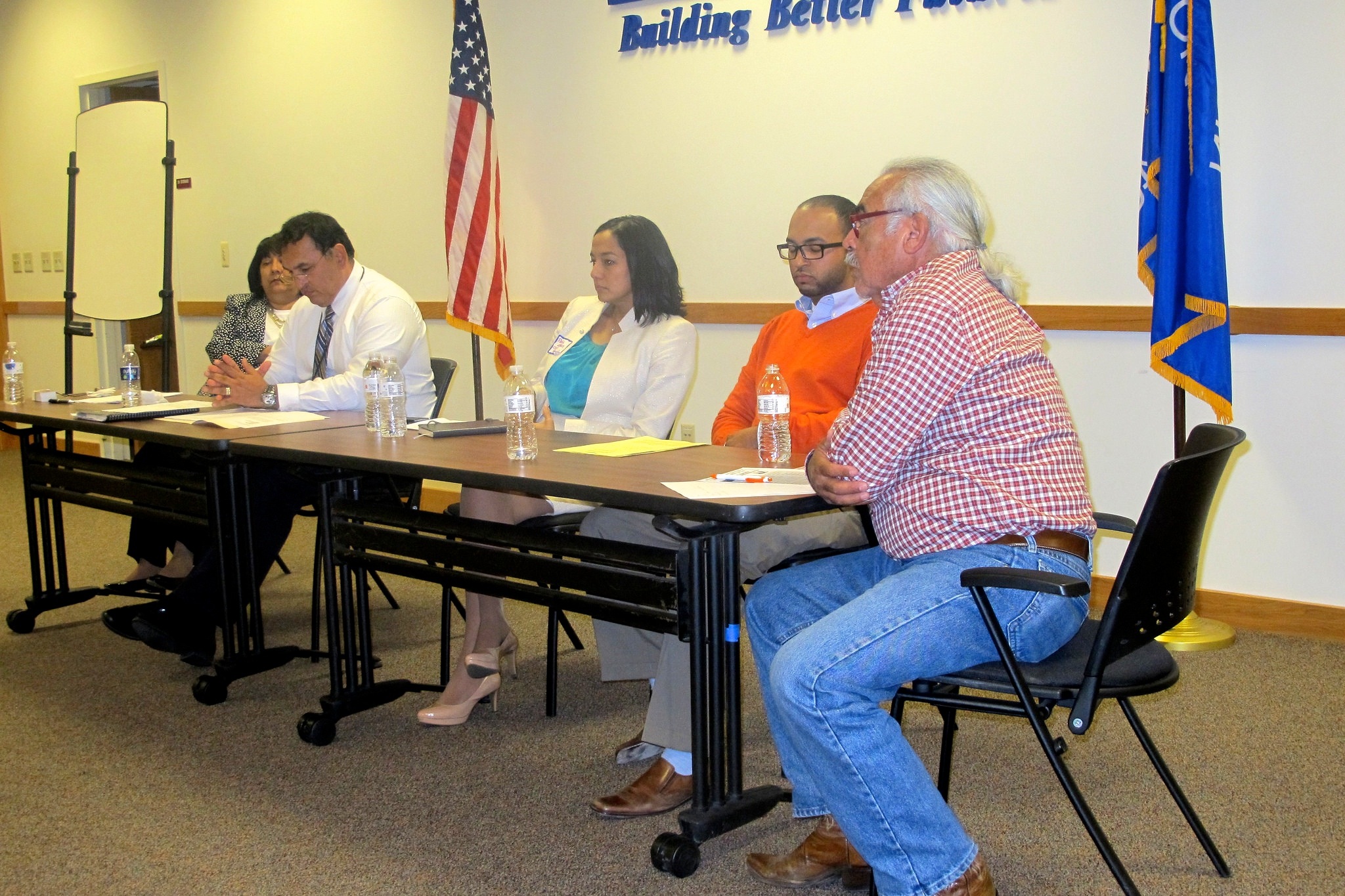 Alumni of the Latino Nonprofit Leadership Program gathered at the UMOS Administrative building for a recent panel discussion. (Photo by Edgar Mendez)

Flores voiced her concerns during a recent panel discussion hosted by the Latino Nonprofit Leadership Program (LNLP) on the current state of the Latino community in Milwaukee. The LNLP was created in 2005 to meet the demand for leadership at local nonprofits that serve the Latino community. The panel was comprised of LNLP alumni.

A key reason Latinos aren’t landing those high-powered positions is that they are being pigeonholed in jobs that cater to or focus on South Side Hispanics rather than serving the city as a whole, said Paulina de Haan, lobbyist for the City of Milwaukee.

Moving up to those policy level positions can take up to 10 years, she said. 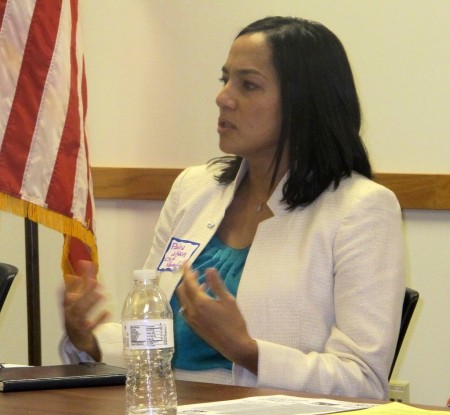 Paulina de Haan, lobbyist for the City of Milwaukee, says it’s a challenge to find Latinos in policy level positions.(Photo by Edgar Mendez)

And while there are Latino professionals, such as de Haan, working in citywide positions, most work in core, day-to-day services that are vital to the community, said Flores.

“But when we talk about power and control of policy, Latinos don’t have it,” Flores said.

The underrepresentation of Latinos in policy level positions was mentioned as a major barrier to improving the prospects of Latinos in the state and especially Milwaukee, according to both women.

Despite the increase in population and perhaps influence, it’s still difficult for Latinos in Milwaukee to expand their scope beyond serving the South Side, said Nelson Soler, president and founder of Multicultural Entrepreneurial Institute (MEI).

“I was always hired to do something mainstream or general, but ended up doing something for the Latino community,” said Soler, who was not on the panel that day. “They didn’t see me as a marketer or engineer, they saw me as a Latino first.”

Soler, a successful businessman with experience in banking and international business, has worked for Milwaukee County and the state. He said he spent

Griselda Aldrete, executive director of Hispanic Professionals of Greater Milwaukee (HPGM), has seen both sides. Before running HPGM she was the director of the Cream City Foundation. She said it’s up to individuals to move beyond the comfort zone of their community.

“It’s about what each person has done to expand their own networks,” Aldrete said.

Still, she admits that the push to serve your own community is strong among Latinos.

That’s because “it’s part of our culture of respect and affirmation and giving back is one of our core values,” said Fred Garcia, child and adolescent supervisor for Waukesha County.

Garcia, who was also part of the panel, said those values have contributed to a strong and successful Latino community in Milwaukee.

While de Haan believes it’s best to find a balance between service and working towards professional goals like moving into policy-making positions, she also agrees it’s important that the Latino community maintains solidarity.

“We need to support each other because most legislators are not going into the South Side and asking us what we need,” she said.