You are here: Home / News / Arts and Recreation / PeppNation teaches city youth skills needed for college through rugby, other sports
Share this... 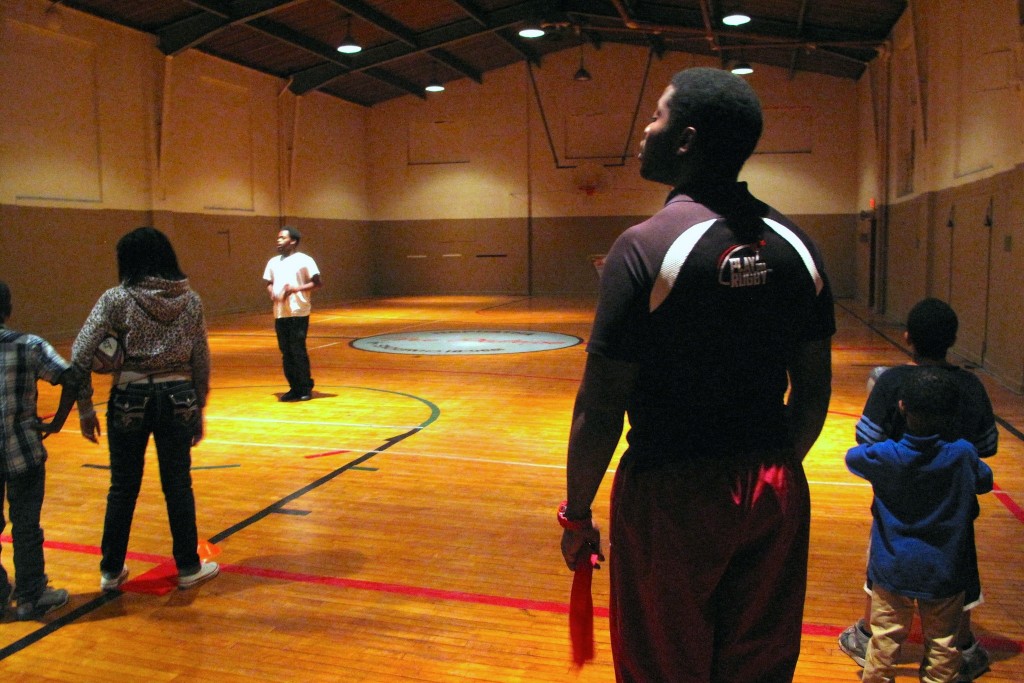 The popular European sport of rugby has found a new generation of players in central city Milwaukee. PeppNation, the youth mentoring program behind the growing movement, is using the sport to help young people succeed in academics through high school and into college.

“In 2012, we had more kids playing rugby in the inner city of Milwaukee than all the suburbs combined,” said Brandon Culpepper, founder of PeppNation. 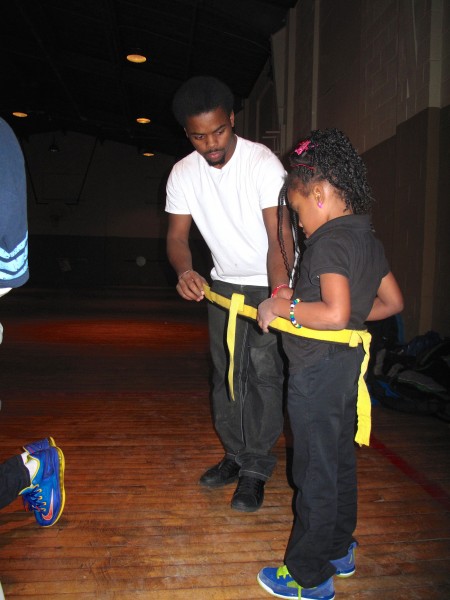 Jane Moga volunteers with Big Brothers Big Sisters and mentors a participant of PeppNation. Moga drives the young woman and her three brothers to practices and said she is impressed with the way Culpepper’s program teaches youth the importance of school.

“After one session, they were in the car talking about attitudes and grades,” Moga said.

Culpepper partnered with the Boys & Girls Clubs of Greater Milwaukee to pilot his program in 2011. He brought the program to Milwaukee because of its low graduation rate. The Milwaukee Public School system’s high school graduation rate was 68.6 percent in 2011, compared to 87 percent in Wisconsin.

“PeppNation helped to expose our kids to rugby and other sports,” Lyles said. “Combining academics and sports is a cornerstone of our programming.”

Culpepper also has PeppNation groups in Atlanta and New York. More than 500 students nationwide participated in the program in 2013. Since 2010, 26 PeppNation graduates have enrolled in college. Mariah Weddle, who earned a basketball scholarship at the University of Indianapolis, credits Culpepper with preparing her to market herself to college coaches as an athlete and a student.

“He has a clear-cut plan for high school students starting the recruiting process,” Weddle said.

Part of PeppNation’s goal is to bring diverse groups of students together to learn sports and compete against one another.

With rugby growing in the Milwaukee area, neighboring communities send their teams to compete against Culpepper’s teams in the city. For example, PeppNation hosts tournaments in the Lindsay Heights neighborhood on the north side.

The interaction between urban and suburban student athletes in rugby tournaments shows students and parents that the divisions between communities are simply geographic, Culpepper said.

Culpepper also takes teams to tournaments outside of Milwaukee, exposing them to parts of Wisconsin they might not have seen otherwise. The global sports of rugby, lacrosse and cricket begin dialogues among students about the world beyond Milwaukee.

“[The program’s] global aspect allows kids to have conversations about the world,” he said.

Culpepper said he visits high schools and middle schools to put on demonstrations of his program, but finds it difficult to involve students who are unfamiliar with the sports he teaches. He noted that he often faces criticism from students and parents who have the misconception that rugby is a violent sport.

However, this does not hinder Culpepper’s optimism for PeppNation. His goal is to offer the program at 50 schools in Milwaukee, Atlanta and New York by the end of 2015.