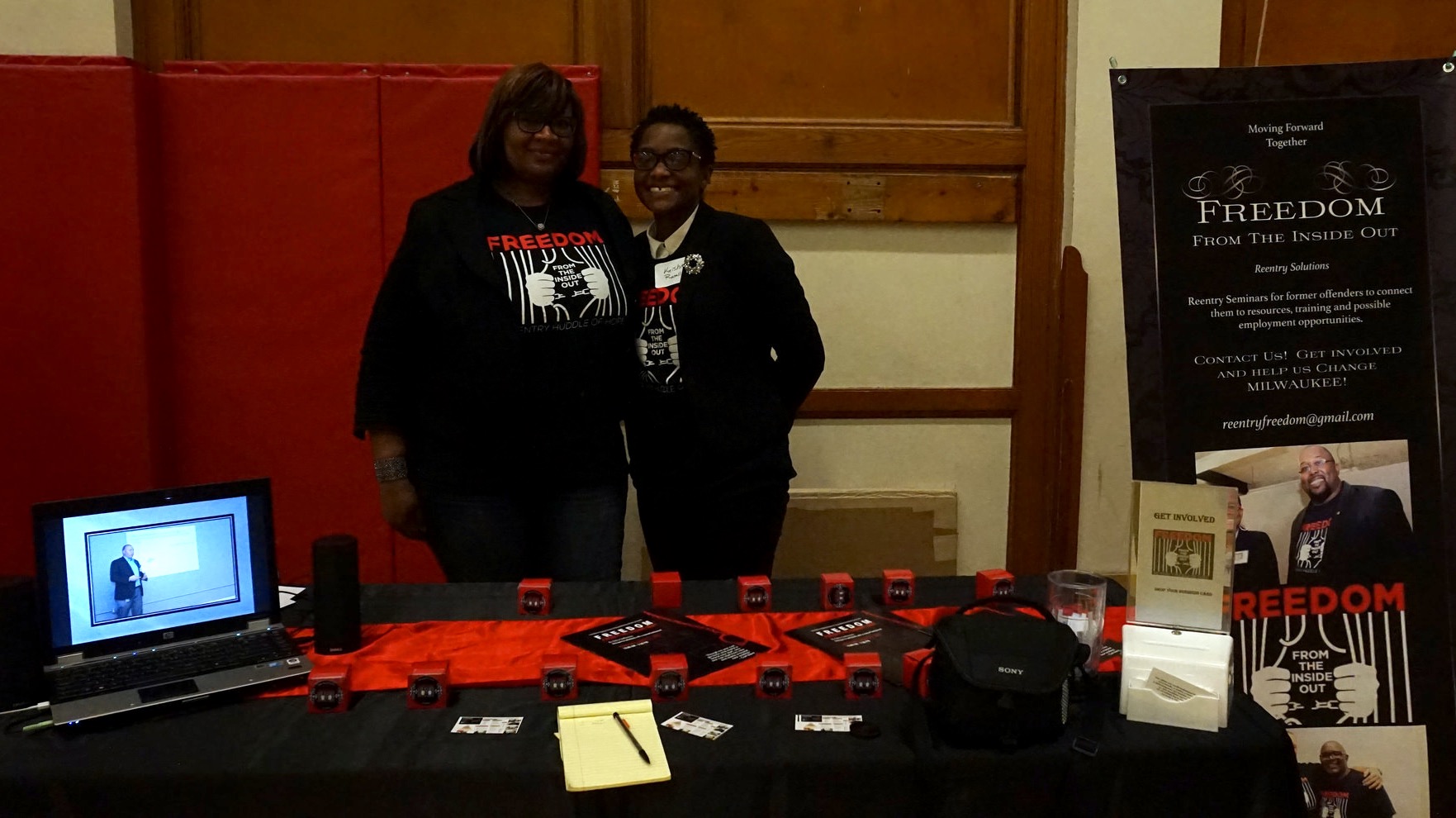 Laneice McGee and Keisha Russell present information about their Freedom from the Inside Out workshops. (Photo by Stephanie Harte)

After Keisha Russell was released from prison in 2009, she created Infallible Helping Hands Inc., a nonprofit that provides training, employment and supportive services to former offenders returning to society. One of the group’s projects was a day of workshops for former offenders in the Harambee neighborhood — led by former offenders.

“Coming home from prison is scary,” Russell said. “You are immediately given a lot more responsibilities than what you previously had.”

Laneice McGee, an employment and training specialist for the State of Wisconsin who wrote the grant application, said hearing testimony from other former offenders allowed attendees to leave with hope. 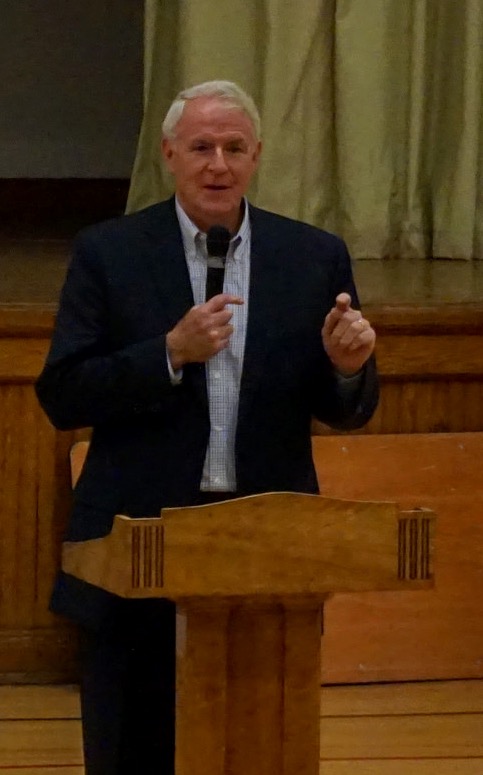 The $500 grant went towards providing food and t-shirts for the event as well as transportation to and from Philadelphia for motivational speaker Tracey L. Fisher, who spent 22 years in a federal penitentiary and is now enrolled in college. He also created and developed programs to assist in re-entry, prevent incarceration and inspire young people.

“We provide tangible methods of success,” said Maurice Sprewer, an employment and training specialist for the State of Wisconsin, who is a former offender.

Community Connections was founded by the Greater Milwaukee Foundation, Northwestern Mutual Foundation and the Zilber Family Foundation. Grant proposals are reviewed by a committee made up of residents from 23 targeted neighborhoods. The committee members complete a 10-month leadership training program funded by the three foundations.

According to Darlene Russell, senior program officer for the Greater Milwaukee Foundation, the process makes sense because those living in the neighborhoods best understand what the needs are.

The number of projects that receive funding in each cycle varies. Grants range from $50 to $750. Leazer said this money is often critical for a project to go forward.

Grants are awarded twice a year, in early spring and at the end of the year. Applications for the next round of funding are due Oct. 31 and will be awarded Dec. 12. Projects should target a specific neighborhood and be led by a group of at least three unrelated individuals who have a connection to the neighborhood.

Naryan Leazer, a member of the grant review committee, said he looks for creative ideas with the ability to engage a wide range of people in the community. Leazer has been an active member of Alice’s Garden and previously served as president of the Milwaukee chapter of the Black Alliance for Educational Options (BAEO).

“Our communities often get a bad rap, but we still care just as much as other places,” Leazer said. “People need to stop dictating and start listening to what others have to say.”

Steve O’Connell, who lives in Sherman Park, received a grant for his Lights on for Safety project, intended to brighten up spaces between houses and in alleys. About 80 fixtures were installed in a nine-block area in Sherman Park. Homeowners were responsible for buying their own lights, but received a discount from Lowe’s and Ace Hardware. Members of the electricians’ union and MATC electrical apprenticeship program installed the lights.

“We made the effort because we want to stay in the neighborhood and make it a good neighborhood,” O’Connell said. He added that the idea is spreading to other parts of the city.

Bregetta Wilson, a grant committee member from Metcalfe Park, said it is very rewarding to see the project ideas become a reality.

“We are here to provide support and empower [people] to take control of their neighborhood,” Wilson said.