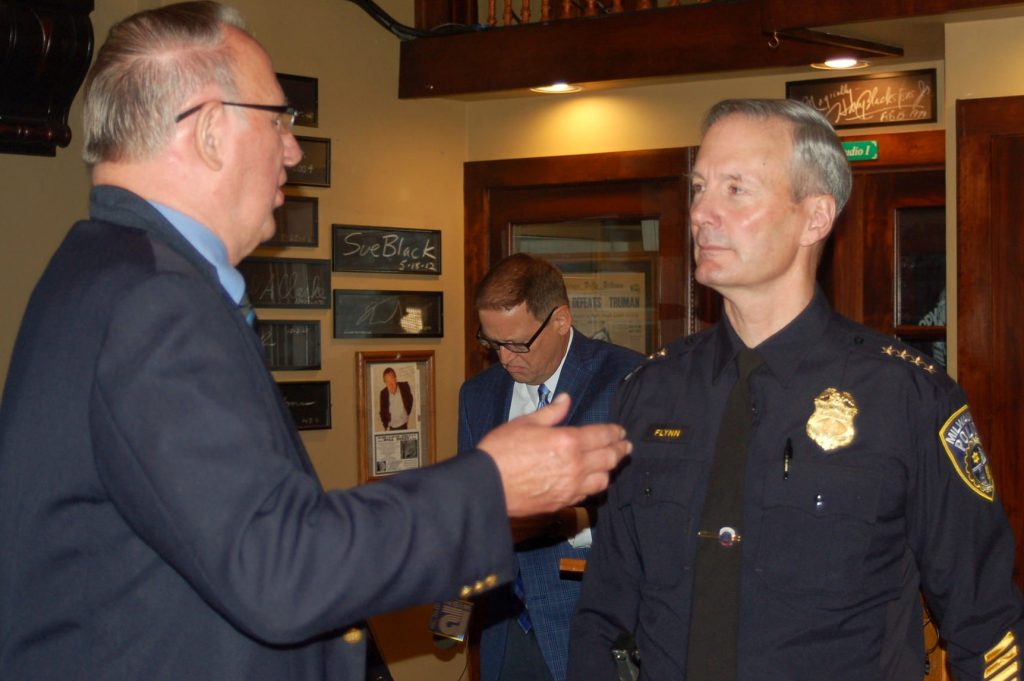 Milwaukee Police Chief Ed Flynn is critical of elected officials who he says are taking “the easy way out” when it comes to blaming police for society’s ills.

Flynn maintains that the state legislature bears part of the burden for disinvestment in services such as the mental health care system and substance abuse treatment. “We’ve managed in the last 30 years to disinvest in the social safety network,” he said. “The urban issues have been taken off the national and state agenda for the last 30 years.” He cited Milwaukee and Kansas City, Missouri, as examples of cities facing “legislatures [that] are actively hostile to urban interests.”

Both Milwaukee and Kansas City are among the most segregated cities in the country. 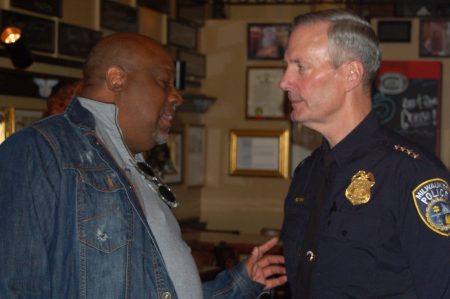 “Stories beat data, which just kills you when all I’ve got is data and all [the media has] are stories. Where can we meet where stories and data coexist in a way to give information to the public to make rational policy decisions?” said Flynn.

For example, he stated that when the media show slow-motion videos of a police officer using force, it appears that the officer had ample time to make a decision when, in fact, choices must be made in mere seconds.

Addressing the recent proposal by the Common Council’s Public Safety Committee to implement new law enforcement policies as well as adding 150 sheriff’s deputies and 280 police officers, Flynn said, “Sure, more cops would help.” However, he added, “The local taxpayer shouldn’t have to foot 100 percent of the bill when the entire state depends on Milwaukee’s productivity. The entire state uses its amenities.”

Forty-five percent of the city’s budget, $277 million of a total $615 million, goes to the police department, according to an analysis of the city budget by the Public Policy Forum. The department also received nearly all of the city’s 6 percent increase in expenditures between 2011 and 2015, $3.8 million in total. The forum added that in light of expiring federal grants, this money was needed to maintain existing levels of sworn law enforcement officers.

“Maintaining sworn strength levels will not require as big a financial commitment in the future… however, the pressures associated with replacing retiring officers, modernizing technology, and accommodating natural growth in police salaries and benefits still could crowd out other needs,” the forum wrote.

Flynn also addressed the tensions between communities and police departments across the country. “American policing, despite the fact that it’s more diverse, more selective, more highly trained, more restrained in the use of force with higher levels of integrity than in any time in it’s history, is facing a crisis of legitimacy,” he said. “Most tragically, it’s facing a crisis of legitimacy in those very neighborhoods that historically and continually need us the most.”

A new study published in the American Sociological Review found that residents of black neighborhoods were less likely to report crime after wide media coverage in the wake of the police beating of Milwaukee resident Frank Jude in 2004.

“Controlling for crime, prior call patterns, and several neighborhood characteristics, we find that residents of Milwaukee’s neighborhoods, especially residents of black neighborhoods, were far less likely to report crime after Jude’s beating was broadcast,” researchers wrote. The study of call data, by researchers from Harvard University, Yale University and the University of Oxford, estimated that 22,200 fewer calls were placed than would have been made otherwise, and this effect lasted more than a year after the attack.

When asked what the forthcoming Department of Justice’s collaborative reform initiative report will show, Flynn said he believes the finding will be “needs improvement.” The collaborative reform initiative is a voluntary review by federal authorities who are examining police policies, training and practices and will make recommendations. Police departments in Baltimore, North Charleston and St. Louis are among those that have also undergone this federal review after accusations of excessive use of force.