You are here: Home / Home / Carousel / Health Commissioner forced to resign in wake of “egregious public health failure”
Share this... 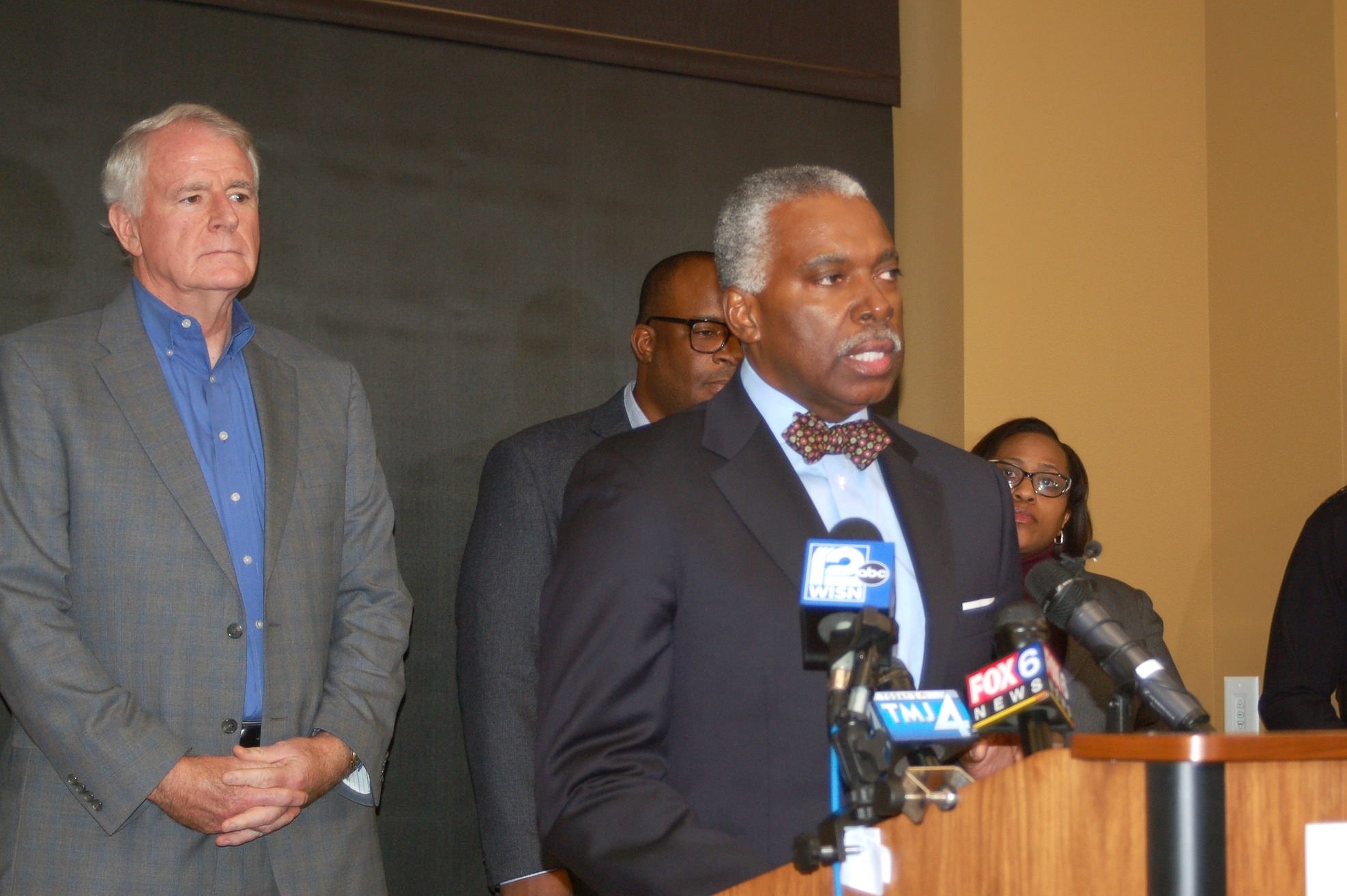 “This is an egregious public health failure that was in direct non-compliance with procedures put forth by Common Council resolution,” according to a Common Council statement.

At issue is the Health Department’s Childhood Lead Poisoning Prevention Program and the department’s delay in implementing a resolution that directed it to update recommendations and messaging regarding lead in water, according to aldermen and Freshwater for Life Action Coalition (FLAC) Spokesperson Robert Miranda.

Barrett’s special assistant Jodie Tabak did not immediately respond to a request for comment.

Baker, who served for 13 years, was also chairman of the City-County Opioid, Heroin and Cocaine Task Force. He is the second chairman to leave the task force. Hector Colon, former director of Milwaukee County Health and Human Services, left the county in June to become president and CEO of Lutheran Social Services of Wisconsin and Upper Michigan.

The lead resolution passed unanimously by the Common Council late last year directed the Milwaukee Health Department (MHD) to update recommendations regarding those most at risk for lead poisoning from water and how often children should be tested. It also directed the department to communicate these changes to care providers and the public. The Milwaukee Neighborhood News Service reported on Jan. 2 that MHD had made no effort to implement the recommendations.

A Jan. 4 email to Milwaukee Health Department Communications Officer Sarah DeRoo sent by Ald. Tony Zielinski’s office requested that “media advisories, community updates, written recommendations, etc., be issued by the Health Department in compliance with the resolution. DeRoo responded on Jan. 5 saying, “MHD has received the below and will follow-up with information for you next week.”

DeRoo did not immediately respond to requests for comment.

Earlier this week, Ald. Bob Donovan, public safety and health committee chair, agreed to bring up the issue at the committee’s next meeting.

Benjamin James, a former MHD employee, sent an email to Barrett and all 15 alderpeople raising questions about the Childhood Lead Poisoning Prevention Program and whether MHD is doing enough to protect people from lead exposure.

Ald. Michael Murphy called the recent revelation “very troubling,” adding that it “calls into question the status of the health of our citizens and especially our children.”

But Zielinski said, “Today, we discovered there are more egregious issues than that even.” He declined to comment further.

A joint statement signed by all 15 alderpeople said the Common Council will investigate the matter to determine what processes and procedures MHD has ignored, mishandled or not complied with. “The protection of our children must remain our highest priority,” the statement said, “Our review of this matter will be handled with a seriousness appropriate to a failure of this magnitude.”

A special Steering and Rules Committee Meeting Wednesday, Jan. 17, at 1:30 p.m. will be the first step in that process.

Miranda said the issue is bigger than Baker, adding that responsibility “rises to the highest level of local government,” and that “elected leaders did not take this matter to heart.”

He said, “Not only do I expect to see more people being either reprimanded or being exposed, but I see political careers being threatened.”

Edgar Mendez contributed to this story.