You are here: Home / Home / Carousel / First cheese factory in Milwaukee to open soon
Share this... 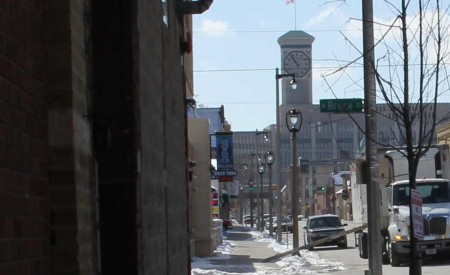 The Clock Shadow Creamery got its name from the Allen-Bradley clock tower just a few blocks to the south. (Photo by Karen Slattery)

As Robert Wills waits for the equipment to arrive for his new artisan cheese factory in Walker’s Point—the first ever in Milwaukee—he is thinking about more than profit and loss. His new enterprise is also about “green” enterprise, social responsibility and healthy eating.

Wills runs Cedar Grove Cheese, an award-winning cheese plant in Plain, northwest of Madison. Now, he’s bringing his craft to the “Clock Shadow Creamery,” named after Allen-Bradley’s nearby clock-tower landmark. The new facility at 538 S. 2nd St. will include a production area – viewable from the street through a big plate-glass window – and a retail cheese shop. Wills plans to specialize in hand-crafted, small-batch artisan cheeses. He will buy milk from nearby dairy farmers and serve a limited, local market area.

Wills’ existing plant in Plain diverts wash water to a “Living Machine” greenhouse that uses plants and microbes to clarify the water before it’s returned to a nearby creek.

Similarly, the Milwaukee plant will divert whey and waste water to the city of Milwaukee composting facility. Eventually it may go to a biogas energy plant that the Forest County Potawatomi tribe wants to build near its Menomonee Valley casino, Wills said. 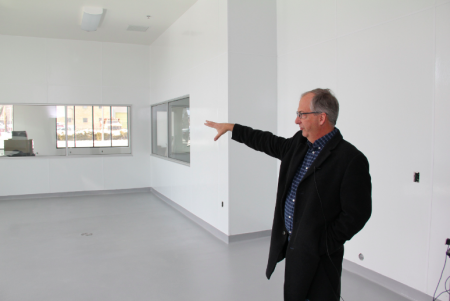 Robert Wills shows the room where cheese-making will take place, which is visible from the street through a plate-glass window. (Photo by Karen Slattery)

Wills brings an ethic of activism to the Walker’s Point/Fifth Ward along with his commitment to environmental stewardship. He wants his urban cheese factory to be a learning center that teaches good nutrition and introduces local residents to skilled food service careers. He also plans to tailor his product line to neighborhood tastes and needs. He’ll make custom cheeses for ethnic festivals – brie, for example, for Bastille Day and mozzarella for Festa Italiana – and cheeses that are familiar to the neighborhood’s immigrant population but impossible to find in supermarkets. It’s all part of a local food ethic that Wills wants to nurture on Milwaukee’s south side.

Wills said his relentlessly local approach to food production and distribution, as well his attention to environmental quality, are more than just idealism. Green is also good business; it saves in production costs and attracts consumers who care about the environment. As fuel prices rise, Wills expects to save on transportation costs by limiting distribution of his products to metro Milwaukee. That should help him offset higher costs associated with running a small-scale production facility. And, Wills asserted, fresh food – stocked on shelves the same day that it’s made – is both tastier and healthier than products shipped in from distant factories. That’s a competitive advantage he’s counting on to make his enterprise a success.

Wills is a Milwaukee native whose parents left town when he was an infant. His return to the city occurred by chance. He was asked to evaluate plans for a cheese plant in the Town of Port Washington, north of Milwaukee. When that project didn’t pan out, his consulting clients asked him if he wanted to try the idea in the city instead. Wills says he crunched the numbers and “decided this might just work.” So he seized on the opportunity to return to a community he loves.

An admirer of Wisconsin naturalist Aldo Leopold, and an intern for former Wisconsin Senator Gaylord Nelson, founder of Earth Day, Wills plans to succeed in today’s global economy by keeping his enterprise small, local and value-driven. He plans to employ four people initially, and is looking for a local employee who is bilingual, has connections in the community and can educate customers as well as sell cheese. 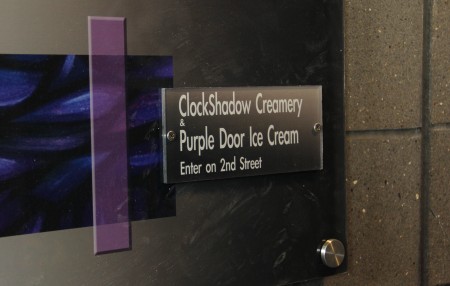