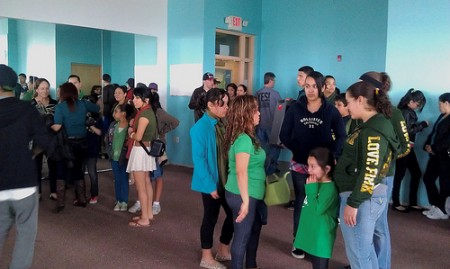 What’s new and big and green all over? CORE/El Centro’s new home. CORE celebrated the opening of its new location at 130 W. Bruce St. with music, food and dancing.

The celebration began with a march from CORE’s previous location at 611 W. National St. to the new building about seven blocks away. Founders cut a ceremonial ribbon and opened the doors for clients and community members.

Features of the building include a rooftop garden, passive solar geothermal heating and cooling, and energy-efficient computers.

Julie Kaufmann, president of Fix Development, said the building is designed to exceed green standards and that 50 percent of the materials were salvaged.

“We use about half the energy of a typical building like it,” Kaufmann said.

Kaufmann and CORE connected when a CORE volunteer told her that the center was looking for a new location. 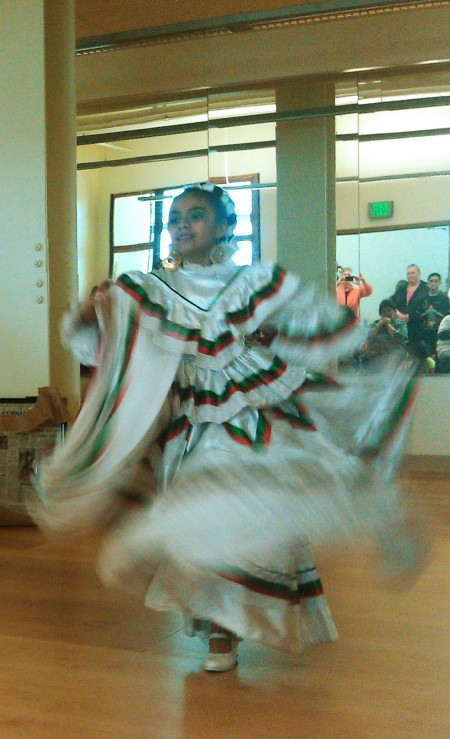 Jayne Ader and Madeline Gianforte made it their goal to promote natural healing when they began CORE 10 years ago.

“As people start to do more healing individually they begin to start to help their families, their communities and eventually the world,” Ader said. “We believe that in community people are healthier.”

“We also have to recognize that when our environment is not healthy it creates a lot of illness for people,” she continued.

Since it began, CORE has provided holistic therapy for people of all economic levels. It promotes health, wellness and education, and offers access to natural healing therapies for the body, mind and spirit. This includes individual therapy such as messages and acupuncture and movement therapy such as yoga, zumba and Nia.

Nia therapy is a form of movement meant to naturally create wholeness within the person. Staff and clients demonstrated Nia during the event with dances for peace, balance, renovation, happiness and celebration.

Barbara Wesson has been involved with CORE since its inception and currently teaches Nia classes. She is passionate about CORE’s mission and enthusiastic about the new building. She said it is amazing that one of the most energy efficient and environmentally friendly buildings is available to people of all income levels.

Nancy and Flor Alvarez, two sisters who attended the opening, take Nia classes at CORE. They became involved after their mother invited them to come with her to the old site. “For a year we didn’t want to come but … what we experience is good,” Nancy Alvarez said.

“My mom has diabetes. When she started coming to CORE, after a month she was like another person,” Alvarez explained. “She was more happy and healthy.”

The sisters said they are excited to return the favor and bring their mother to the new location.