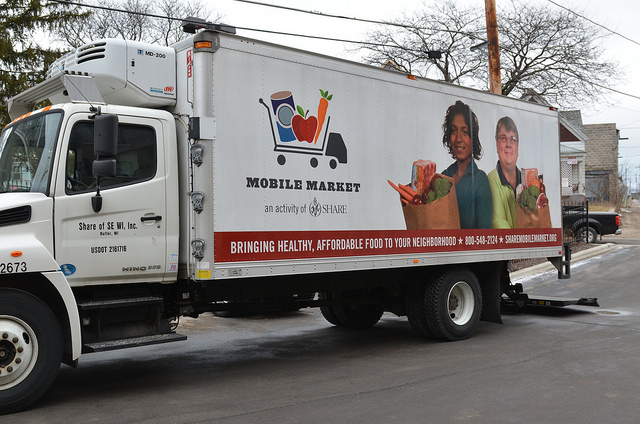 More discount supermarkets and a struggling economy have forced SHARE to close its doors. The volunteer-run food buying club is ending after nearly 30 years of serving the community, according to SHARE Wisconsin’s Executive Director Paulette Flynn.

Flynn said the organization’s goal was to go out of business when the need for affordable healthy foods has been met. The decision was influenced by the growth of commercial discount stores such as Aldi, as well as big box stores such as Walmart and Target that now sell fresh produce.

SHARE’s last distribution is in May, but its popular Mobile Market will continue through the end of June. A list of Mobile Market dates for May and June can be found on SHARE’s website.