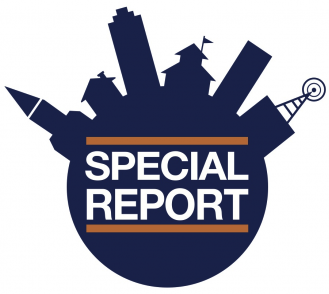 Zyneea’s caretaker, Linda Carter Brooks, is the owner of a licensed family center in the north side community of Lindsay Heights. She is among thousands of Wisconsin child care providers who will be losing 5 percent of their state subsidies this summer due to a two-star rating from YoungStar. Designed to prevent fraud and encourage formal education for day care workers, YoungStar instead may force Brooks to shut down.

Child care centers across the state will no longer be eligible for Wisconsin Shares, the state’s $340 million subsidy program unless they apply before July 2012 to participate in YoungStar. Legislation creating the program, passed in 2010, was in response to a Journal Sentinel investigation that exposed widespread fraud and weak oversight in Wisconsin Shares, costing the state millions.

Milwaukee Neighborhood News Service analyzed data for all family and group child care facilities rated by YoungStar in four central city ZIP codes. As of April 19, about 77 percent of 189 centers in those ZIP codes received two-stars out of five, which mirrors the statewide percentage. Many of these centers risk closing because providers lack the financial means to move up the YoungStar ratings scale.

It is too early to tell whether the 5 percent reduction will prompt two-star providers to improve or force them to close down, leaving families in the central city without convenient day care.

More than 80 percent of the 145 two-star facilities are certified or licensed family providers offering day care in their own homes. The rest are group centers that cater to nine or more children outside a home setting. According to a recent study by the Public Policy Forum, 35 percent of group center providers received 5-star ratings compared to less than 1 percent of family providers. 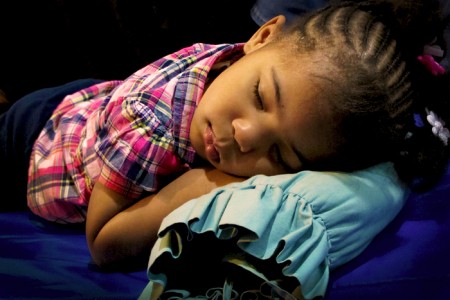 All two-star facilities in Wisconsin, regardless of type, face a cut this July, but those hardest hit will be licensed family providers in the central city. While coping with poverty-stricken clients and a Wisconsin Shares pay rate frozen since 2005, these providers would have to pay for additional schooling to attain the education levels necessary to move up the YoungStar scale. In addition to the upcoming cut, a new attendance-based reimbursement system implemented last fall is contributing to financial hardship for these providers.

Zyneea Day’s mother, Candice Conner, 25, works at a group day care center on North Avenue. Nothing could be better, she said, than leaving her children with Linda Carter Brooks, whom Conner has known since she was little.

“I think she’s great. I see a lot of kids come here (to Brooks’ home); they’d be in diapers, and she’d have potty trained them within a week,” said Conner, who relies entirely on state subsidies to cover the cost of child care. Conner said Brooks also cares for her 6-year-old son.

Brooks is thinking about closing shop because of the switch from an enrollment-based to an attendance-based reimbursement system last August.

Wisconsin Shares pays licensed family providers for the hours children receive care, rather than the number of children enrolled — the system used for group centers. Certified providers had already been paid based on attendance.

“I’m three months behind in my mortgage,” said Brooks, a mother of four children including an adult son. “It’s a large [amount]; it’s embarrassing.”

“They want us to improve the quality of everything…they require a lot more, but we lose money,” she said.

Another two-star licensed family provider, La Tonya Johnson, 39, said her income dropped almost $5,500 in seven months after the attendance-based pay system was implemented. The new system is to blame for more than half of her losses, she said.

“Providers are suffering from attendance-based pay because they have no control over the child’s attendance,” said Johnson, president of Child Care Providers Together, the Milwaukee chapter of American Federation of State, County and Municipal Employees (AFSCME).

She added that she’s trying her best to cope with the lost income and improve her YoungStar ratings, but the odds are against her.

“If you’re a single mother like myself, there is no other support system other than running your own business,” she said. “And if your day care is losing money, you have no choice but to eventually get out.”

Christina Holmes, president of Penfield Children’s Center, strongly disagrees with the attendance-based pay system for licensed family providers. Penfield, located at 833 N. 26th St., is a five-star group center serving more than 1,400 children annually. It is also one of the largest child care centers in Wisconsin.

“It’s really difficult to run a center and keep administrative costs reimbursed when young children are, on average, absent 15 percent of the time,” Holmes said. ‘There has to be incentive for people to move to the next (YoungStar) level … but right now it’s nearly impossible to do it.”

Click on a shaded ZIP code for details (Source: Wisconsin Council on Children and Families.) Click here to view map in new window.

Click here to view map in a new window.

The price of a two-star rating

Felipa Ramirez wakes up before 5 a.m. every weekday. The children start arriving at 5:30 a.m. and she cares for them until the center closes 12 hours later.

“I’m all day here in the day care,” she said. “And when (the children) leave, I have to clean the house — mopping, cleaning. I have a baby, so I have to disinfect the toys and get ready for tomorrow.”

A two-star licensed family provider, Ramirez will be losing about $1,500 a year with the 5 percent summer cut, in addition to losses from the attendance-based pay system. Her husband is a construction worker and she has three children, two of whom are 3 and 6 years old. Her eldest son is 18 and has a learning disability.

Like Brooks and Johnson, Ramirez finds it increasingly difficult to cope with the reduced income while paying for additional education.

Ramirez plans to become a public school teacher, but that won’t happen right away. “I’m going to stay in the business for a long time,” she said.

To increase her YoungStar rating, Ramirez is working with a consultant from the Wisconsin Early Childhood Association (WECA), a partner of the Wisconsin Department of Children and Families (DCF), which implements YoungStar. She will receive a four-star rating after completing her degree in early childhood education, WECA told her. 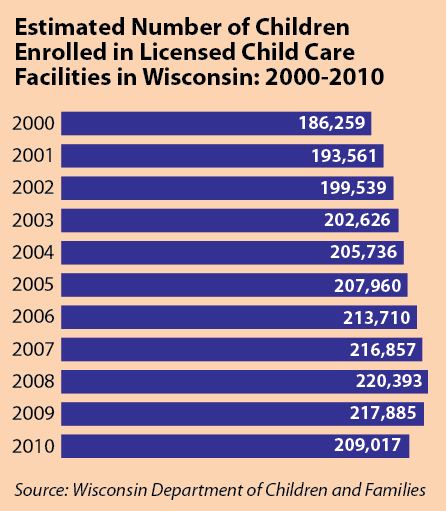 Fifteen technical consultants serve the Milwaukee region, according to Buschman.  These consultants help centers move up the scale and also assess whether providers should receive micro-grants of up to $500 for family providers and $1,000 for group providers, according to Johnson. Providers can use the grants to purchase materials for their day care or to fund their education. However, many centers have not yet received the grants that they were eligible for after consultation with DCF, Johnson said.

Asked about the delay, all Buschman would say is that YoungStar is processing the grants.

“It’s hard for (family providers) to run a family and go to school at the same time,” Dickman said. “Many of these family providers are not at the required education levels because it was never an imperative before YoungStar.”

To attain four stars, a provider must obtain an administrator or preschool credential. An associate’s degree in early childhood education or a bachelor’s degree is required for five stars.

“I’m expecting a lot of (licensed family) day care centers to go out of business because they will be getting the 5 percent decrease on top of the attendance-based pay system,” Johnson said. “Some have been in the business for 20 to 30 years and are wonderful caregivers — YoungStar doesn’t give any consideration to providers without formal education, even if they are qualified based on experience.”

“If we’re talking about a high poverty rate and vulnerable children, especially in the African-American community, we need to make sure those children are in the best possible centers,” she said. “I would encourage everybody to figure out a pathway with their YoungStar consultants to work out how to move up the scale even though it may appear ominous.

David Edie, an early education policy analyst at the Wisconsin Council on Children and Families (WCCF), is worried that the penalties and reduction in funding by YoungStar may lead more child-care programs to close, especially those run by family providers. The WCCF is a non-profit, non-partisan organization that conducts research and policy analysis, and advocacy for children.

“My concern is that most childcare providers don’t have the revenue to move quickly and in general they’re going to need to improve their education with credit courses,” Edie said. “That’s very hard to do quickly especially if they’re working full time.”

According to WCCF data, more than a third of the licensed family child care centers in Milwaukee County closed between 2008 and 2011.

Dickman of the Public Policy Forum anticipates more family child care closures, but said it is difficult to determine how many children will be left without child care.

She noted that children are already moving from provider to provider, making it difficult to quantify how many are displaced. In addition, she said, many family centers are not at capacity, so presumably displaced children could fill those spaces.

“When you’re poor and struggling to make ends meet, you’ll find a way to get around the system. But I don’t know how parents would be able to pay for that (without Wisconsin Shares),” Holmes said.

“I think what we’re all waiting to see is to what extent the state can assist providers to give them an incentive to improve,” Dickman said. Also, as parents learn more about YoungStar, they will put pressure on lower-rated providers to increase their ratings, she added.

Linda Carter Brooks said she agrees with YoungStar’s goals of improving child care statewide, but feels that she and many other licensed family providers are bearing the brunt of a system intended to prevent fraud. “I understand that they want us at a certain education level; I understand that they want our kids in a safe environment,” she said. “I agree with all of that, but I don’t feel that we all should be punished.”

Added Edie, “I’m glad that the bad actors are caught. But I believe it’s a very small percentage, and that many are good, earnest people who want to do the best for the kids.”