You are here: Home / News / Arts and Recreation / Arts @ Large combines art with education
Share this... 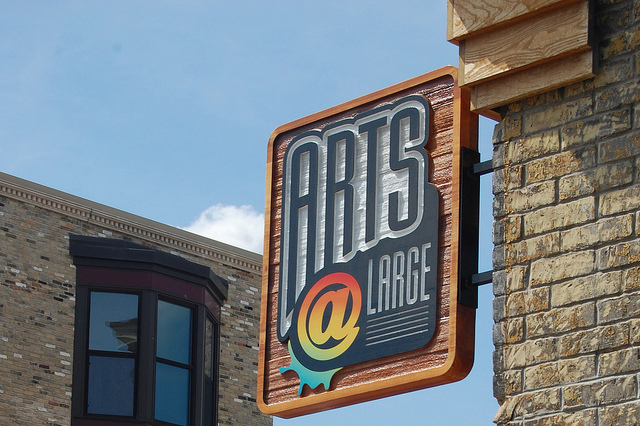 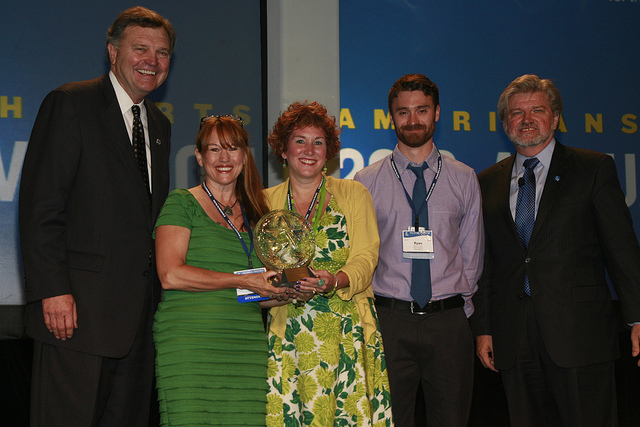 From the beginning, Arts @ Large has helped schools keep the arts relevant in the classroom.

When the group began 11 years ago, arts and music were taught across Milwaukee Public Schools. Since then, budget pressures have eroded arts education. In response, Arts @ Large focused on the schools hardest hit — those with no art classes at all.

Americans for the Arts, a leading nonprofit organization dedicated to advancing the arts and arts education, recently presented Arts @ Large with a prestigious national award for integrating art into public school classrooms. Arts @ Large is the first Midwest organization to win the award.

“We had a model we wanted to keep going,” Abler said.

Arts @ Large has retained its close association with the school district but is now an independent non-profit. Abler and Sullivan credit community support for the group’s success.

Abler and Sullivan said that the relationship between Arts @ Large and Milwaukee Public Schools made the program stand out to Americans for the Arts. Abler works for MPS as an art curriculum specialist in addition to leading the organization with Sullivan.

The non-profit agency commits to reaching every student and teacher during three years in 20 schools. After that, the schools join the “alumni schools,” a group of between 40 and 50 schools that Arts @ Large supports however it can.

Arts @ Large works with schools to find artists who are a fit for students’ interests and abilities. In total, it contracts with between 100 and 120 area artists each year. 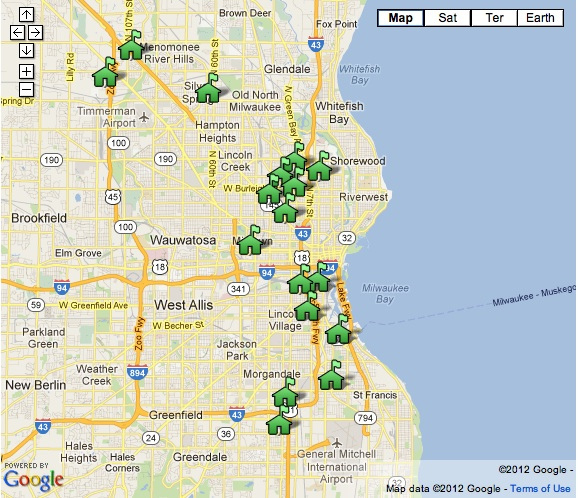 The 20 schools Arts @ Large works with are marked with green icons. (Courtesy of Arts @ Large)

Kelly Di Giacinto, a teacher at Nova High School, cited this as one of the program’s strengths.

“They don’t really look at it as purely being visual,” she said. “They look at writing as art as well. And writing obviously fits into any discipline.”

“Arts @ Large gives those who don’t really have a voice or fit in a reason to want to be in school,” she said. “I have tons of students who totally had checked out of their education, only to check back in.

“Arts @ Large is honestly an absolute blessing to the community,” Di Giacinto said. “They’re amazing to work with, they’re incredibly supportive, they think outside the box.”

This year, Di Giacinto’s class put together an exhibit about the civil rights movement in Milwaukee, “March to Equality,” now at the Arts @ Large gallery, 908 S. 5th St.

Javaris Bradford is one of the students who worked on the project. A student at Nova High School, he has been involved in Arts @ Large for three years.

He said that working with the program gave him the background necessary to help make Milwaukee a better place to live. He said he particularly enjoyed informing others about Milwaukee’s civil rights heritage.

“Being able to teach kids my age about something they had no idea about is really amazing,” he said.