You are here: Home / Home / Carousel / Neighbors eager for new ecology center to open
Share this... 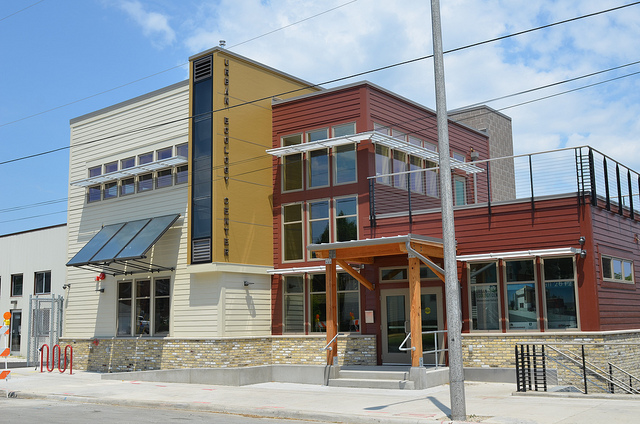 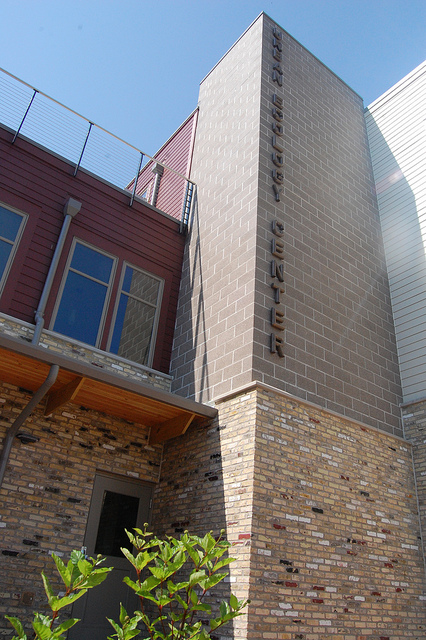 The Urban Ecology Center’s new Menomonee Valley branch will not be completed until September, but the renovated facility has already taken shape — and attracted community interest.

Residents of Layton Boulevard West and other nearby communities already are looking forward to when the center, at 3700 W. Pierce St., opens on Sept. 8.

At the moment, most of the remaining work is interior. Workers have already replaced windows, added a new section to the building and installed environmentally friendly additions such as window shades that double as solar panels.

Despite the new features, the center is retaining some elements of the building’s past as a tavern. This not only preserves its historic value, but also reduces the renovation’s cost — both to the Urban Ecology Center and the environment. The new facility will boast flooring and trim from the long-abandoned bar, as well as the dark wooden doors and countertops.

“It’s a really fun process figuring out how to redo a building that’s already in existence but is not ready for the programming we want to do,” said Glenna Holstein, director of the new branch.

Also new to the area will be a 24-acre space along the Hank Aaron State Trail that will become a park. Preliminary work has begun on the green space in anticipation of the official groundbreaking later this summer.

The property is a short walk east from the new center. Holstein said the park will feature different habitats to demonstrate the diversity of southeast Wisconsin’s plants and animals.

According to Sebern, the center will help meet one of the needs the Layton Boulevard West Quality of Life Plan highlighted: the lack of nearby programs for children.

Continuing its existing model, Urban Ecology Center’s new branch will partner with local schools to bring classes to the park from two to six times per year. The goal is for students to grow familiar with the area and come back with their parents, Holstein said.

“It’s their neighborhood park and they could come back on their own time with families or on their own,” she said.

Apart from the programming, Sebern said the neighborhood benefits from transforming an abandoned tavern into a vibrant community resource.

Sebern added that the Urban Ecology Center has been a good neighbor to Layton Boulevard West, keeping people informed and seeking input from the community.

“They do a really good job of keeping us updated,” he said. “People are really excited it’s coming into the neighborhood.”