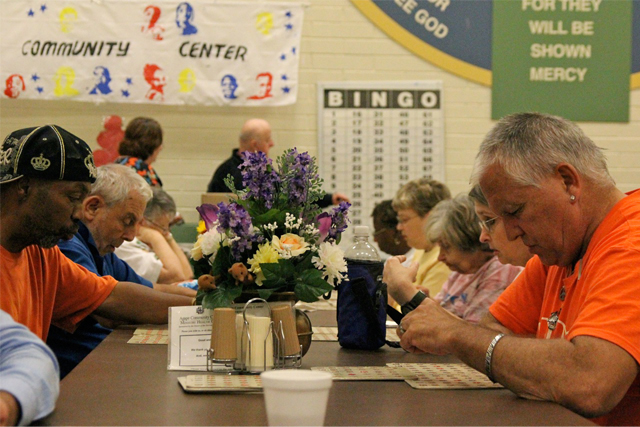 When they began documenting oral histories and architecture in Thurston Woods, professor Arijit Sen and his team expected to learn about the evolution and culture of the neighborhood. They didn’t expect to feel like part of the community so quickly.

“I came in here talking about telling stories,” said Sen, associate professor of architecture at UW-Milwaukee. “We always try to be objective, but we are part of this community.” He added later, “We can tell you the good places to eat.”

The field school—an interdisciplinary, interactive class run by the Buildings-Landscapes-Cultures program at UW-Milwaukee—is spending five weeks this summer documenting the history, architecture and evolution of Thurston Woods. To do this, they’re talking to residents and collecting architectural data.

“Our focus is on Milwaukeeans and everyday Thurston Woods residents,” said graduate assistant Chelsea Wait. “We’re just trying to know how most of us live our lives.”

The field school students said they haven’t had any trouble getting residents to open up.

“I sat down at a table, and within minutes, I was getting 35 years of history of Thurston Woods,” said Cindy Anderson, an incoming Ph.D. student in the Buildings-Landscapes-Cultures program. 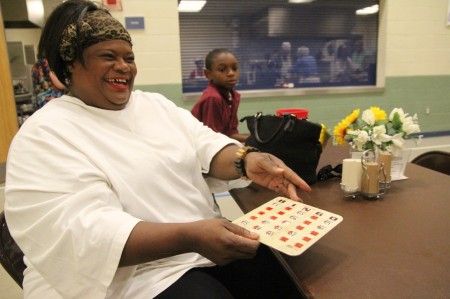 “It was like a journey I took with them. You become part of their family for a moment,” said Abida Bibi, a pre-med undergraduate student at UW-Milwaukee.

The 18 field school students are divided into five groups of two to four people based on their interests. Topics of study include post-war history, the evolution of commercial space, and the impacts of landscaping and public space.

Ariel Gonzalez, an architecture student at UW-Milwaukee, is studying immigrants in Thurston Woods.

“We’re looking to see how immigrants are changing spaces to reflect their identities. We’re all open to see what we discover,” Gonzalez said.

Field school student Stephanie Jones is interested in historic preservation, and she’s noted the different types of architecture in Thurston Woods as well as the evolution of the homes over time.

“As an outsider to this neighborhood, it’s interesting to see how the city evolved and how Thurston Woods came to be,” Jones said.

Jones, an architecture student, said she’s welcomed the challenge of getting out of the classroom and interviewing neighborhood residents.

“It’s nice to not just have the building aspect, but also the human aspect,” she said.

Now that they’ve collected the information, the students will be working to tell the Thurston Woods story comprehensively through photographs, historical documents, oral interviews, videos and more during their final exhibition on July 20.

“We all have different stories, but we’re trying to connect them,” Gonzalez said.

“Friends outside of class say, ‘Oh, Thurston Woods, there must be nothing there,’” Wait said. “But we’re discovering that every place has a story.”