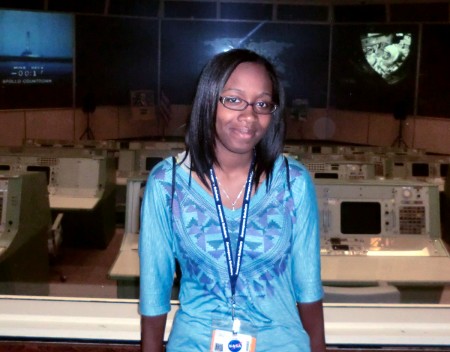 During her week at NASA’s Lyndon B. Johnson Space Center in Houston, high school junior Erika Johnson helped design robots and space rovers, budgeted for and managed a mission to Mars and presented her work to a panel of NASA personnel.

To apply, students must have a cumulative GPA of 3.25 or higher and teacher recommendation letters, explained NASA Aerospace Scholars Education Specialist Susan Raff.

“I think teacher recommendations are very important—we want to see why [their teachers] think they’d be able to do this, because it’s a very rigorous program,” Raff said.

Students accepted to the program complete online lessons during the school year, on top of their regular academic responsibilities. Students who maintain a 92 percent average or higher in the online class earn an invitation to the Johnson Space Center to experience NASA for a week over the summer. This year, 135 students from across the nation participated in the online program and 84 will attend the summer experience at NASA. Johnson was one of only six participants from Wisconsin.

Johnston said her science teachers encouraged her to apply. “They told me that if applied, I’d go all the way,” she said.

“I think a lot of girls can be intimidated by science and math,” said Emily Harrington, one of Johnson’s science teachers at St. Joan Antida. “The best thing we can do for girls is to get them excited about science, technology, math and engineering (STEM) in high school. 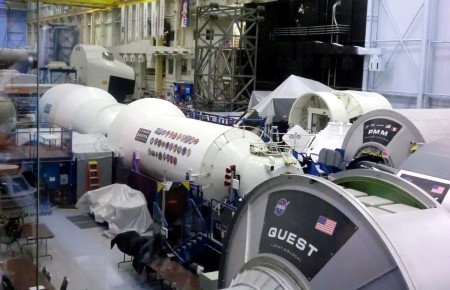 “My team was in charge of what we were going to do when we got to Mars,” Johnson explained. “I was system manager, so I bounced around to every group to make sure that everybody was on the same page.”

She also served as the lead presenter during her group’s final presentation. In addition to the mission to Mars, Johnson participated in discussions with current and former astronauts and NASA staff.

“I was a little apprehensive at the beginning, but at the end, we were all saying, ‘I don’t want to leave!’” Johnson said. “Not a lot of kids get to work with NASA. I feel proud to have been able to be there. Once you’re there, you realize, ‘Wow–we put in four months of hard work. We deserve this.’”

According to Raff, one of the goals of the program is to instill confidence in the young women who participate. She also hopes that NASA’s partnership with WISH will create a pipeline for women to work at the agency.

“These are exceptional young women who are representing females across the United States. We hope that they will study some sort of  STEM and then eventually come back and work here someday,” Raff said.

“The people there were so welcoming, and by the second day I felt like if I really wanted a job at NASA, if I worked hard and was determined, I could get it. They made it seem possible,” Johnson said.

Johnson’s other plans for this summer include a visit to Dartmouth College in Hanover, N.H. She’s excited to start the college application process in the fall and hopes to enter the medical field. Her teachers and family are very supportive, Johnson said, and she stays motivated by thinking about the future.

“There were a few times [this year] where I was like, ‘I’m going to go crazy,’ but I know that it’s all going to pay off,” she said. “I think most of all, you should always think about how this will benefit you in the future.”