You are here: Home / News / Arts and Recreation / Above the Clouds finds home at Journey House
Share this... 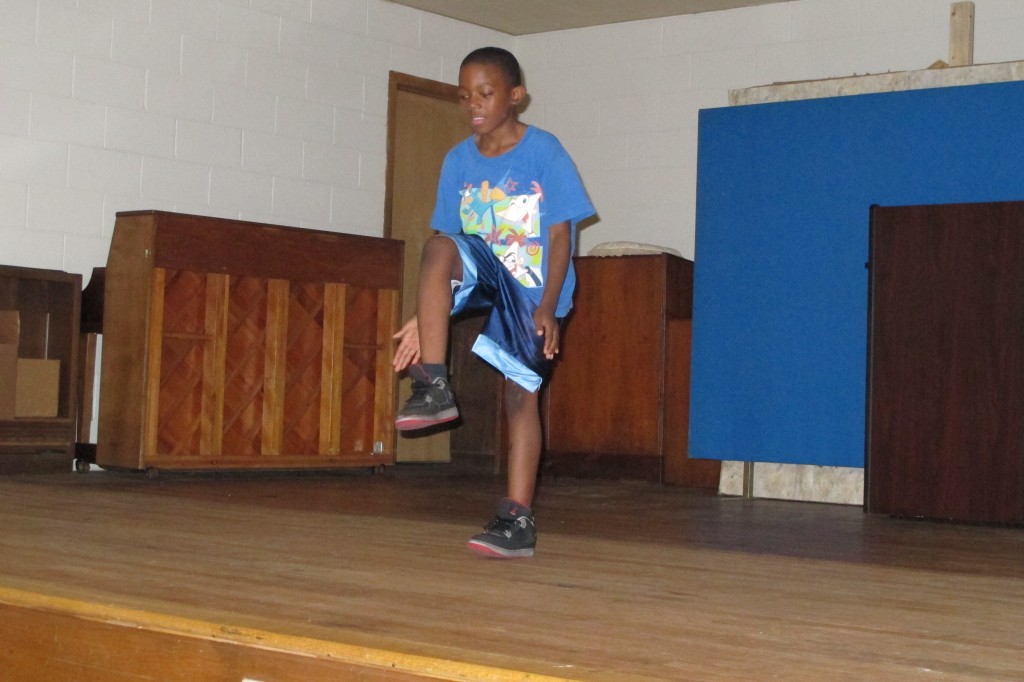 Jarvonte Smith demonstrates his stepping at a recent class. (Photo by Joe Kvartunas) 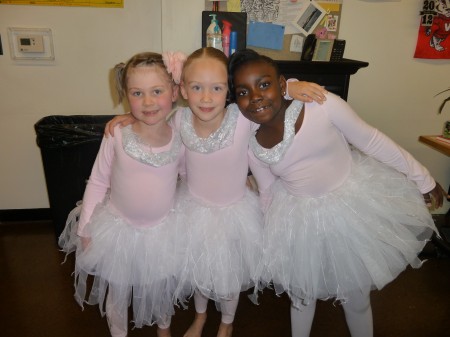 Three young ballerinas pose after a performance. (Photo courtesy of Above the Clouds)

Above the Clouds began 10 years ago as a faith-based arts program to serve Milwaukee children who would not otherwise have access to artistic training. After starting off slowly, the program is now growing at a much faster pace.

“I would say it’s been in the last couple years that we’ve really been dealing with waiting lists for classes,” said Linda Wade, founder and president. The group has 555 students enrolled.

The group now has partnered with Journey House, an organization dedicated to strengthening the Clarke Square community by increasing education and decreasing crime and unemployment. Journey House recently moved to a new facility at 22nd and Scott Street.

Journey House will be able to provide Above the Clouds with classroom space, including a new dance studio where the organization can offer popular classes in movement arts such as ballet, martial arts and stepping. Drawing and theatre classes also will be offered.

The new space also allows Above the Clouds to continue growing its student population.

Cherise Myers, director of community relations at Journey House, said that expanding to the new facility will allow Above the Clouds to continue to grow.

“Journey House is located in a very diverse neighborhood,” Myers said. Adult education classes and other programs already draw a large Hispanic population,” she added. “That is something that Above the Clouds has never had access to before.”

“I think this program is great,” said Crushun Stanley, a step teacher. “It allows kids not only the opportunity to express whatever their talents may be, but it keeps them in a positive atmosphere.”