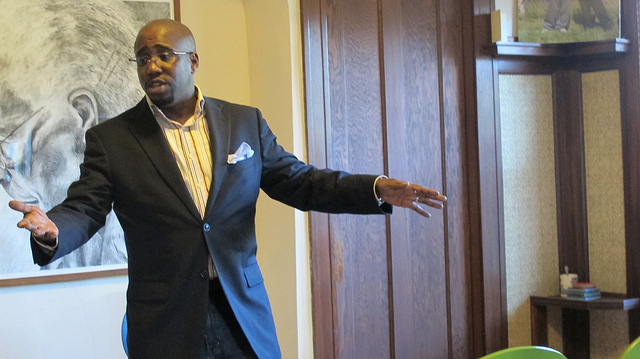 When Clyde Anderson, a CNN financial contributor, talks about building wealth, he suggests that people take inventory on what genuinely motivates them. He urges them to face their fears and not allow money to be a motivator for pursuing their dreams or choosing a career.

Anderson, who has family in Milwaukee, recently spoke about wealth, motivation and entrepreneurship to a small audience at Walnut Way Conservation Corp. He pointed out that entrepreneurs could use human capital to start a business or pursue a dream.

Andre Jones, who was recently laid off from his job and started a consulting business, agreed with Anderson. “People believe that because they don’t have tangible assets, they can’t use their intellect or other forms of capital to get things going. That rang a bell for me,” he said.

Anderson, a Detroit native living in Atlanta, made a six-figure income at just 24 years old. The financial lifestyle coach and author noticed that his spending habits were out of control, and admitted, “As quickly as I made it, I spent it.” He decided to do something about it, and learned techniques to better manage his money. He soon realized that many people had financial woes and needed to learn the same lessons that he had. 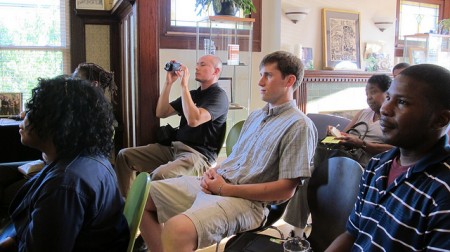 His new book, “What Had Happened Was,” provides tools to create SMART (Specific, Measurable, Attainable, Relevant and Timely) goals and action plans. It is geared toward those who find financial planning too abstract, according to Anderson.

When he’d ask people how their financial situation got so bad, they would always start by saying, “See, what had happened was…” according to Anderson. He decided to create a solution to the problems he saw, and started the WEALTH (Wisdom to Establish Assets and Leverage The Harvest) Tour.

“I saw a lot of people hurting and losing hope,” said Anderson. “Once you lose hope, it’s hard to get anything else going. As an entrepreneur I’ve been down that road before.”

Angel Flemister, a 41-year-old hair and fashion designer, said she learned a lot from the presentation. “It’s good that he went out and did his thing, and now he’s coming back to show us how to get out there,” she said.

Anderson ended his presentation with a poem, also titled, “What Had Happened Was,” about how people fall into debt.

“So many bills to weave through; I feel like, myself, I’ve become past due… when my trips to the Payday Loans spot have become more and more frequent. See, God had a plan for my life, and I know it wasn’t this: to fall victim to the myth that ignorance is bliss,” he recited. (Click here to listen to the entire poem.)

More information on the book is available at www.clydeandersononline.com.