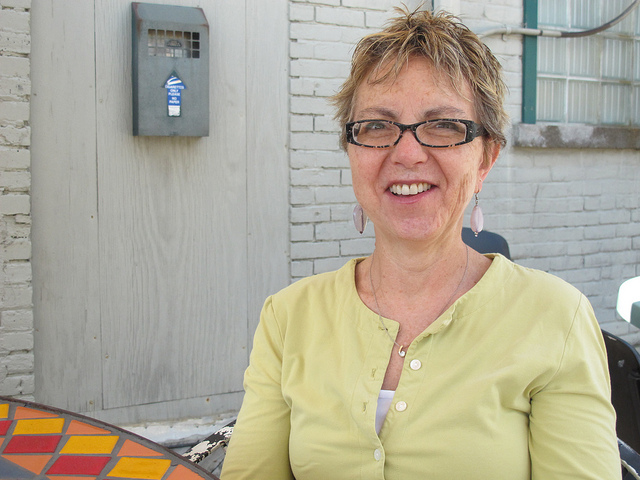 ArtWorks for Milwaukee has spent the last year working to improve its programming model to accommodate more students for a longer period of time. New Executive Director Terry Murphy is ready to bring the plan to fruition.

“All your life experiences come together and prepare you,” said Murphy.

Students apply and interview for the opportunity to gain career and life skills while creating community-based art projects.

Murphy said her past experience in art organizations and corporate communication qualifies her to lead ArtWorks into the next decade. She has collaborated with board members, donors and volunteers to develop programming.

Murphy served as executive director at the Ludington Area Center for the Arts in Ludington, Mich. She moved to Milwaukee recently.

Lead Artist Katie Vanvelzer, who has been with ArtWorks since 2008, said Murphy has been learning as much as she can from students and artists since she arrived. 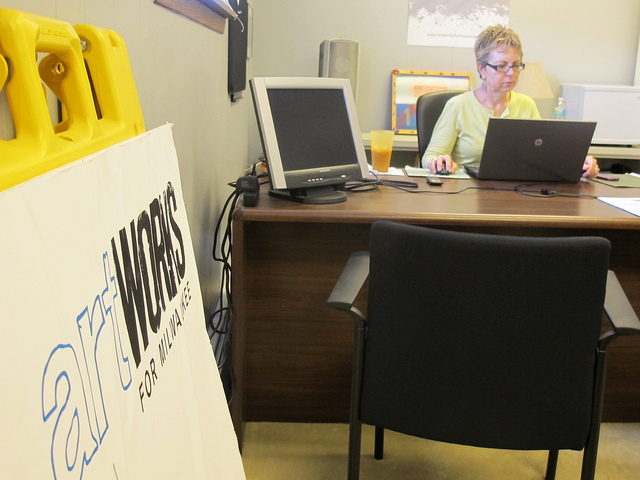 “She seems really open and excited to be a part of it,” Vanvelzer said. “She has been working with the board of directors to see more ways we can grow.”

Under ArtWorks’ recently proposed three-tier model, students would begin as unpaid interns and would work their way to paid internships. The last tier would allow successful interns to be promoted. Ultimately, they would have the opportunity to become assistants to professional artists who work with the organization.

ArtWorks hopes that this will inspire more teens to participate for a longer period of time. Currently, all interns are paid and usually work for a semester.

Murphy said expanding the program is necessary because of the large number of applicants.

“We are looking for teens who want to be prepared for the 21st century job market, which is not an easy one,” said Murphy.

Murphy has great hope for the future of ArtWorks.

“I would love to see the organization recognized by the Milwaukee community beyond as a model of how you can positively impact the lives of teens … but through the interns who are out there being great citizens.”

Murphy suggested that ArtWorks could be involved in new community development projects. One idea she has for the organization is to create permanent public art projects throughout Milwaukee neighborhoods, from murals to mosaics.

“With this, not only does the community see what we can do, but volunteers can walk by and say they had a part of that,” Murphy said.

“I have such great passion for seeing the fruits of [their] labor. I just love the fact that ArtWorks is focused on using art to better the community.”