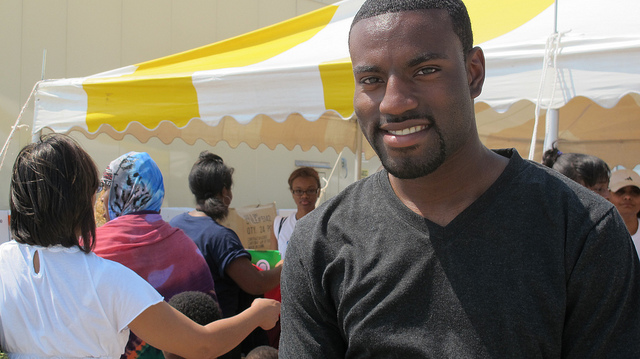 District 10 County Supervisor David Bowen at Students Talking it Over with Police (STOP) Back to School Bash. (Photo by Kenya C. Evans)

When District 10 County Supervisor David Bowen was elected, he never expected to receive an award after just three months in office. That’s when Community Shares of Greater Milwaukee selected Bowen as its Champions for Change Future of Change award recipient.

At 25, Bowen is the youngest of his peers serving on the Milwaukee County Board of Supervisors, and serves on the Economic Development and Health and Human Needs committees. He won the April 3 election for District 10 county supervisor with endorsements from Milwaukee Area Labor Council, Wisconsin Federation of Nurses and Health Professionals (WFNHP), former State Senator Gary Goyke, County Board Chairwoman Marina Dimetrijevic and Eyon Biddle, his predecessor.

The selection committee at Community Shares gives the annual award to a professional under 30 who demonstrates initiative and leadership that contributes to justice and equality, or who improves the quality of life in Greater Milwaukee, according to Petersen.

“I’m definitely honored to be recognized,” said Bowen, who believes the award is a testament to his work with youth prior to becoming a county supervisor. “I believe putting young people on the right track and explaining to them how their lives are affected by decisions they make gave me a purpose,” he said. 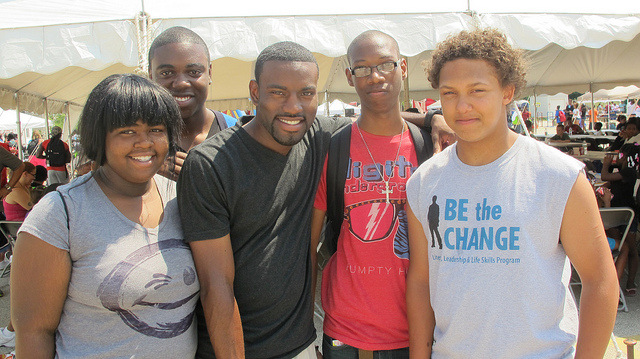 Bowen described himself as a youth advocate rather than a community activist. The son of Jamaican immigrants, he grew up in the Sherman Park neighborhood. As a  high school freshman he became a member of Urban Underground (U2), 4850 W. Fond du Lac Ave., a nonprofit organization that cultivates youth leadership for social change. He’s been showing off his leadership skills ever since, according Sharlen Moore, the organization’s co-founder and executive director.

Bowen’s sister and former supervisor, Moore said he found his gift in working with and empowering young people early on. “He’s always been very outgoing, charismatic, personable and could connect with just about anyone,” she said. “Urban Underground has really propelled him to be the individual he is today.”

After completing U2’s program, Bowen became a volunteer and then worked for the organization as the program director. His role as mentor and friend to U2 teens continued throughout these transitions.

“He’s always been there for me,” said Jamaar Meeks, 21, U2 graduate and master-at-arms in the U.S. Navy. Bowen, who attended Meeks’ graduation from Navy boot camp, has been his mentor since he was 16. “Even though my family wasn’t able to make it [to graduation], he was there for me,” said Meeks. “I call him my older brother because that’s what he is to me.”

Having inspired and trained teens in youth activism at U2, it seemed only natural for Bowen to turn to youth support for his political campaign. After announcing his candidacy, he asked teens to help. Then, Bowen said, “Word got out that we worked on the campaign on the weekends, and everyone else started asking to join in.” The youth, who made up 50 percent of the campaign, were a huge help in generating ideas for outreach, promotions and community engagement, he said. Three of those youth are now Bowen’s interns.

“If you put in hard work, the outcome will be better,” said Demarius Jury, 17, an intern for Bowen. “Working with him made us closer, and now more people are involved in the community.” 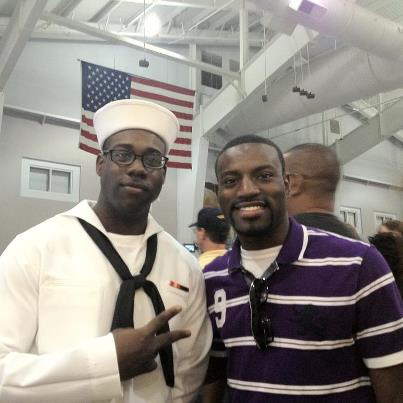 But running for county supervisor wasn’t an immediate goal for Bowen. “I was out in the community addressing issues with youth at U2, and working with elected officials, but I didn’t think I could be in a position like this now,” he said. It had been in his 5-year plan, however, to run when he turned 30, he added.

It was the encouragement of Biddle, who served a 1-year term as District 10 county supervisor, that motivated the young leader. Now, in a way, he has stepped into the shoes Biddle once filled, serving on the youth and human trafficking task forces Biddle led, and driving forward the Ready to Work program Biddle started. A $1 million project funded by the county and managed by WRTP-BIG STEP the Ready to Work program will train 1,000 Milwaukee County residents to become skilled in the trades over the next two years.

Bowen is fighting for dedicated funds to improve transit and park maintenance for the 2013 $1.3 billion budget. He has also reached out to District 10 residents so that their concerns will be reflected in his decisions for the budget.

Youth advocacy, however, will remain his focus, he said. “I want to focus on juvenile incarceration: lowering it and saving youth from going into the system.”

As for those who question Bowen’s ability to lead because of his age, he said he picked up a valuable skill from U2: “learn while doing.” He is also getting a lesson in the hard knocks of politics. “Milwaukee has an old system of how things work, and if you don’t go through that system, or those people, you don’t get their support and they oppose you, even if your heart’s in the right place, and you want to do the right thing,” Bowen said.

Meeks compares Bowen’s win to President Barack Obama’s. “You can do anything you put your mind to,” said Meeks. “People thought he was too young, but he’s actually taking what he learned, and bringing it back to us in the community, so that we can have a leg up.”