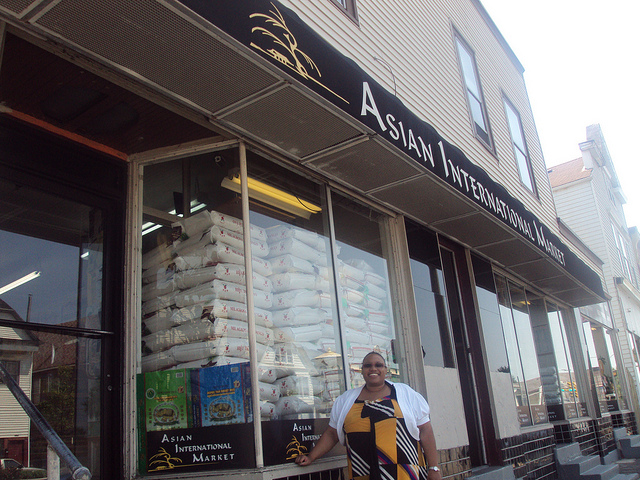 When the Main Street Milwaukee program suffered a funding cut earlier this year, the commercial corridors it supports throughout the city were threatened. That is, until Local Initiatives Support Corporation (LISC) Milwaukee decided to step in.

LISC has made it a goal to bolster and promote these pockets of business throughout the city, using the Main Street model as its inspiration. This model depends almost entirely on volunteers from within the community who want to see their communities succeed.  So, when the city’s budget forced it to abandon funding for the program, LISC had to find a way to “keep the community engaged and get it to rally around commercial corridors,” said Marjorie Rucker, commercial corridor revitalization specialist at LISC.

LISC aims to fill vacant storefronts and promote and expand existing businesses to attract both residents and private investment. Its two Commercial Revitalization Affinity Groups (CRAGs) provide the perfect example of LISC’s efforts to do this. 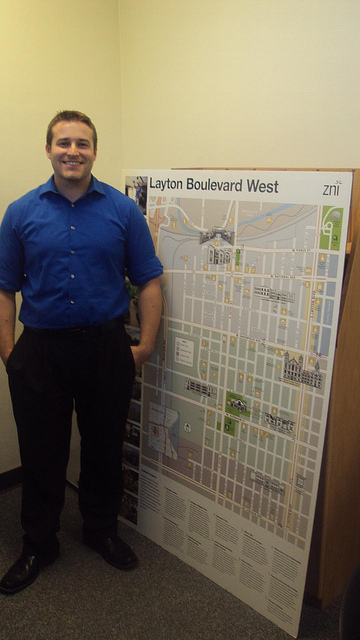 Natanael Martinez of LBWN displays a map of local businesses that LBWN works to support. (Photo by Kate Sheka)

Both groups focus on helping people expand their knowledge base, often by bringing in experts to talk about things like social media, e-commerce, business branding and time management. Their meetings, held monthly, are open to anyone in the community. These group sessions also allow time for peer instruction.

“Many times in CRAG sessions people learn from their peers. I think it’s always positive to either spark change or, at least, the idea around change,” said Rucker.

The next CRAG meeting will take place on September 12 and will focus on the ways that community art can strengthen commercial corridors.

One business that has blossomed from this type of community support is La Isla, a Puerto Rican restaurant located at the intersection of 35th Street and National Avenue. The restaurant is the result of a partnership between LISC and Layton Boulevard West Neighbors (LBWN), with LISC providing a loan while LBWN provided the commercial space.

According to Natanael Martinez, economic development manager at LBWN, the space was at first meant to be a “business incubator” but quickly became ready for a business to occupy. Because of its prime location at a busy intersection, La Isla’s success has become a catalyst for the rest of the neighborhood.

The rest of National Avenue serves as one of the commercial corridors on which both LISC and LBWN have chosen to focus. This area, packaged as an “international food experience,” includes restaurants such as Vientiane Noodle Shop, Thai Lotus, Mr. Sebass and Chicken Palace, as well as the Asian International Market.

To promote the National Avenue corridor, LBWN has planned an international food and art walk for September 8. This event will feature local restaurants paired with local artists. It will give visitors a chance to sample small plates as well as artists’ performances. LBWN has partnered with ART Milwaukee for this event.

“We’re really excited that this will draw a lot of people that have probably never been to the neighborhood before and get them to come back for the dining experience,” said Martinez.

Other areas of the city have not yet found a “theme” for their corridors. Martinez added that LBWN is in the process of doing market analysis, which will allow it to define what the niche can be for each neighborhood.

“That’s been the challenge. There’s some good relationships established here [on National Avenue] but we’re also reaching out to other areas and just getting these businesses aware of who we are and that we want to get them more involved in what we’re doing,” said Martinez.

According to Rucker, groups like CRAG and events like the international food and art walk allow these areas to truly shine.

“We [the city of Milwaukee] have great commercial corridors, but they’ve never been applauded like they should be. Our goal is to give them the recognition that they deserve and to make them those bright, shining stars.”