You are here: Home / News / Arts and Recreation / Artists with disabilities to perform in October
Share this... 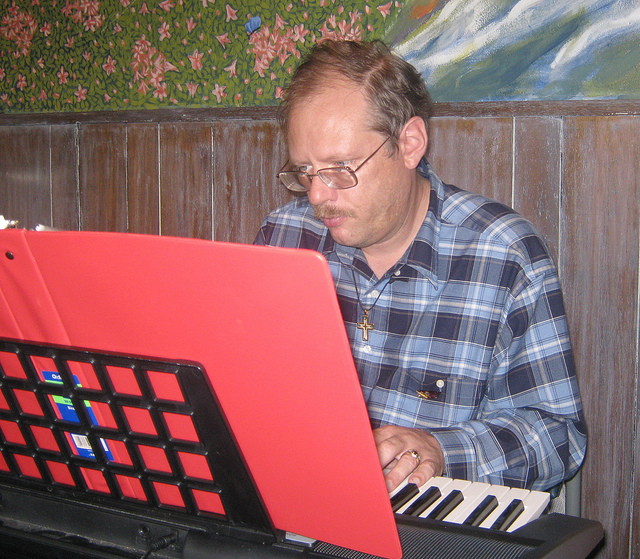 William Sweeney entertains at the Clinton Rose Center during a Tap the Potential event in 2010. 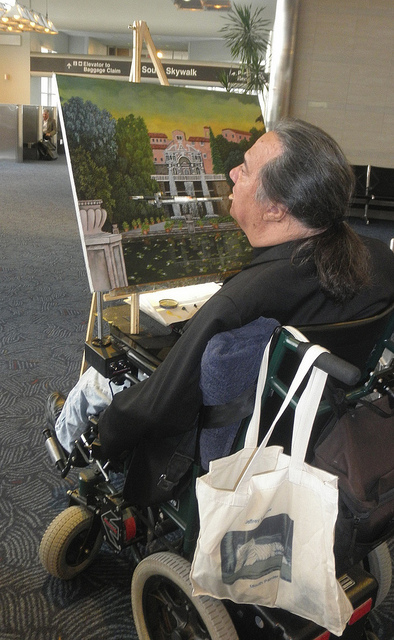 Jeff LaDow provides a mouth-painting demonstration at the Tap the Potential Art Exhibit reception at Mitchell International Airport in 2010.

The Milwaukee Public Theater is looking for performing artists with disabilities to develop a series of free performances during October, which is Tap the Potential Disability Awareness month.

Tap the Potential is designed to fight stereotypes about disabilities through performances and artwork by artists with disabilities.

“People just don’t tend to think of us as human people with talent,” said Barbara Leigh, co-founder and an artistic director of Milwaukee Public Theater. “I think it’s a really important way to just jolt people’s minds. This person is not a wheelchair. This person is not a blind person. They’re a person with a disability,” but they have many other attributes, added Leigh, who uses a wheelchair herself.

The program is looking for musicians, singers, dancers, storytellers, poets and visual artists, all of whom will be paid.

The 2012 effort is being led by Leigh and Heide Planey from VSA Arts of Wisconsin.

Bridget Bannon of Milwaukee County’s Office for Persons with Disabilities founded the program in 2003, focusing exclusively on visual arts, according to Leigh. The next year, program staffers decided performing arts should be added, which is how the Milwaukee Public Theatre became involved, she said.

“Incorporating performing arts serves a dual purpose,” Leigh said. “It dispels stereotypes of people with disabilities and shows that we are still able-bodied.”

“I really enjoy performing myself,” she said. “I think it’s really inspiring to other people to be able to experience that kind of artistry and challenge.”

A visual art exhibit will be held at Mitchell International Airport, Oct. 4 – 19, with a public reception for the artists held on Oct. 18 at 11 a.m. Visitors will be able to vote for their favorite artwork, according to the theater’s website.

Leigh hopes to bring other performing groups to future events.

“There’s a company in Madison — a theater company of people with disabilities — we’d like to bring them in,” she said. “We’d like to bring in groups from out of town to give people a broader view of what’s possible.”