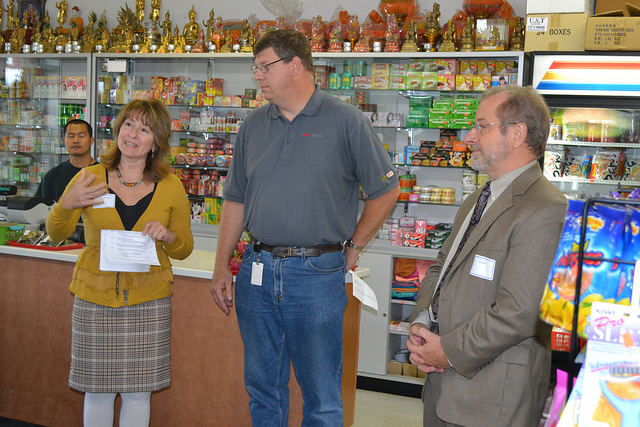 Five years ago Dr. Bruce Hamilton was looking for a location to establish a new dental practice. His wife, who worked for the YWCA in the Historic Martin Luther King Dr. commercial corridor, convinced him to consider the area. Hamilton, who had strongly considered setting up shop in the suburbs, was impressed by the easy access to the King Drive corridor for both city and suburban residents. In 2007, he established the Centre for Exceptional Dentistry at 1825 N. Dr. Martin Luther King Drive.

Businesses on the two-mile stretch of King Drive range from small companies such as the dental practice to large corporations, including Foot Locker, Time Warner Cable and Manpower’s world headquarters.

Hamilton and his wife were among the presenters on a recent bus tour hosted by LISC Milwaukee and State Farm for state legislators, funders and other stakeholders to learn about three developing commercial corridors. In addition to the Martin Luther King Jr. Drive corridor, the tour visited Lindsay Heights and Silver City. LISC also supports commercial districts in Clarke Square and Washington Park. 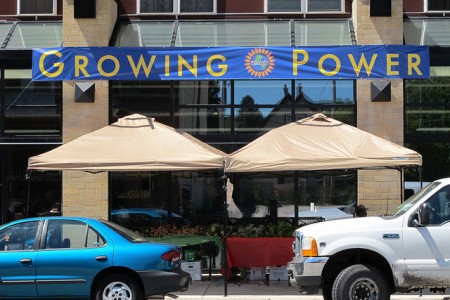 In February, State Farm made a $4 million grant to Local Initiatives Support Corporation (LISC) projects in nine cities, including Milwaukee. A portion of the $280,000 two-year grant is for improving commercial corridors. LISC connects businesses to technical assistance providers, increases access to capital, and encourages owners to participate in sustaining the vitality of the districts. JP Morgan Chase also invested $75,000 in LISC to support commercial corridors in Milwaukee.

“We were trying to educate funders, legislators and other stakeholders that there is positive movement in these districts,” said Dawn Hutchison-Weiss, director of communications at LISC Milwaukee.

Welford Sanders, executive director of the MLK Economic Development Corporation, said that the new development in the King Drive commercial corridor —about $200 million worth since 1995 — has made the area more attractive to businesses and residents.

According to Sanders, known by many as the “godfather” of King Drive, “We must draw on a variety of different financing for these projects. We need bank support as well as support from the (Historic King Drive Business Improvement District.)”

Referring to the three neighborhoods on the tour, Leo Ries, executive director of LISC, said that utilizing “bus tours, grassroots efforts, community involvement, new relationships and existing resources, these neighborhoods can be developed to their fullest potential.”