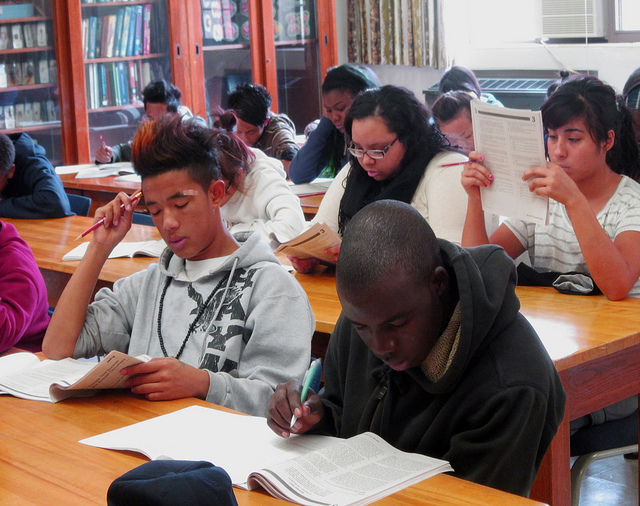 College Possible Milwaukee is preparing 300 low-income high school juniors to take the ACT, an entry exam for most colleges and universities, by giving them four-hour practice tests on Saturday mornings during the school year.

The first practice test was administered on Oct. 6, and provides a baseline score.

College Possible offers four practice exams over four months. Between the exams, the students meet twice a week after school to work on academics as well as test-taking strategies. The actual ACT test will be administered in April.

“This test is the first step toward college and what I want to accomplish,” said Quinnton Maney, a Milwaukee High School of the Arts junior. “It might be an early morning, but it’s definitely worth it.”

Students usually score in the bottom 15th percentile the first time they take the ACT. However, after working with their coaches one-on-one during the four months of preparation, on average students improve their scores by 18 percent, compared to the 12-14 percent increase promised by for-profit companies, according to a College Possible press release.

“Most colleges and universities have minimum score thresholds, so by giving our students several practice tests, we help them to achieve a score that expands their college options,” Turnbull said.

According to Wallisch, the students who take the practice ACT test have a better chance to be admitted to college.

But Turnbull pointed out that it’s not just the practice tests that improve their odds.

“The ACT test preparation, along with assistance in applying to college, securing financial aid, and resumé help, gives our students the tools they need to be successful,” Turnbull said.