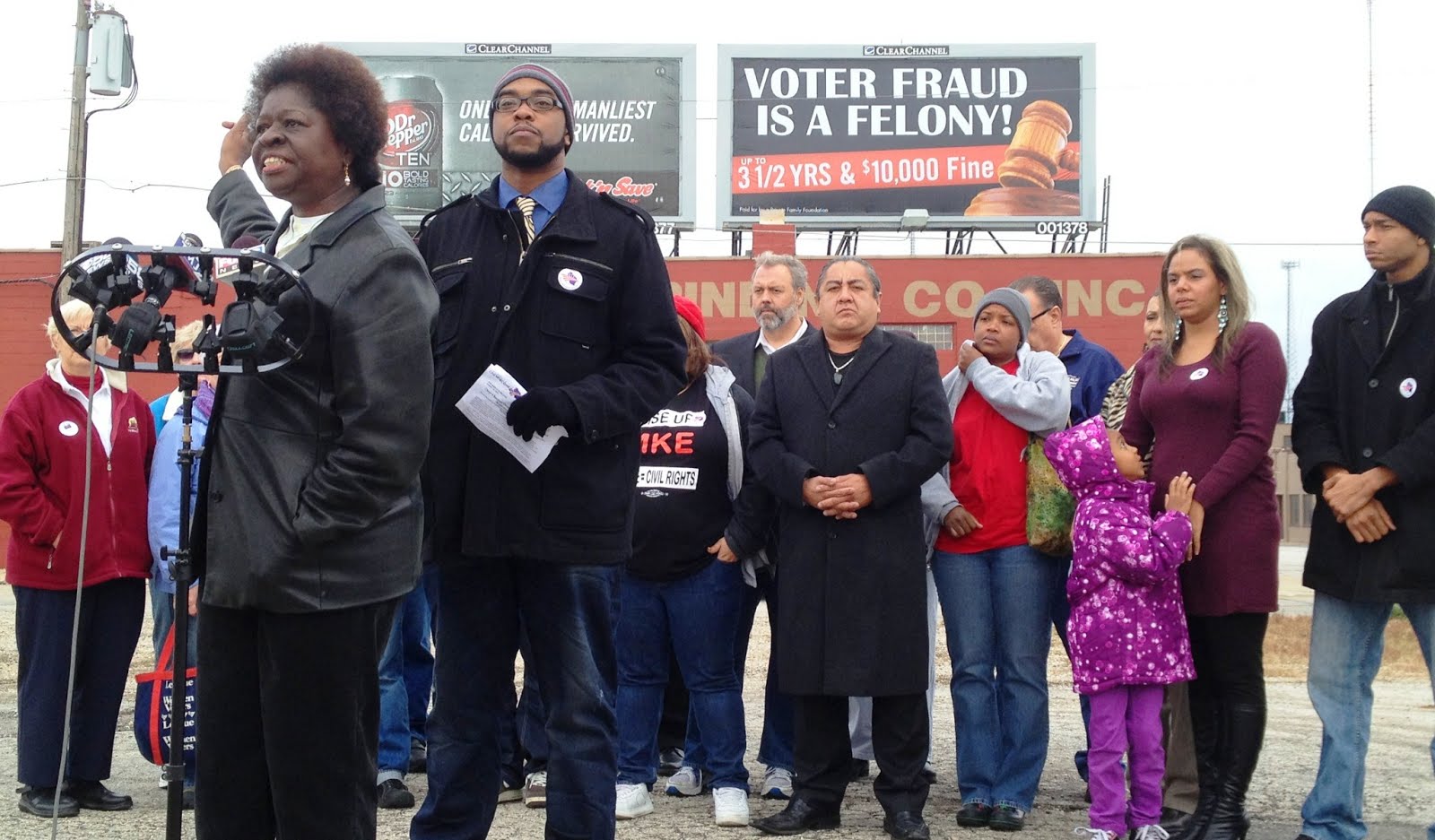 In a major victory for voting rights supporters, Sunday evening Clear Channel confirmed to the media that it is pulling the controversial “voter fraud” bill boards which have blanked Milwaukee for the past two weeks. Last week community leaders in Milwaukee publicly called for the removal of the billboards.

Mike Wilder, Director of the African-American Roundtable, and a member of the staff of Citizen Action of Wisconsin Education Fund, made the following statement on reports that Clear Channel Communications will take down the controversial voter intimidation billboards which has saturated the Milwaukee market in the past few weeks:

“I am very pleased that Clear Channel is apparently doing the right thing less than a week since the African-American Roundtable publically called for them to be taken down. Voter Intimidation is an ugly tactic that unfortunately has plagued this country for far too long. For generations, many individuals in our great nation were not granted access to the polls due to gender, race & ethnicity and class. As a result, many became powerless and underrepresented by their own government.  A democracy is strong when it ensures that all of its citizens participate and have a say in their government.  The decision made by Clear Channel to take these voter intimidation billboards down and, in addition, put up positive billboards promoting voting gets us one small-yet-significant step closer to a stronger democracy.”