You are here: Home / Home / Carousel / Mitchell Street Market Lofts raise up the near south side
Share this... 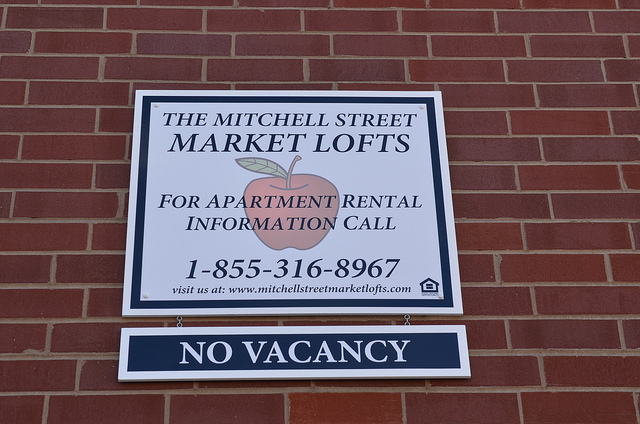 More than 150 people are on the waiting list for an apartment at the Mitchell Street Market Lofts development. (Photo by Sue Vliet) 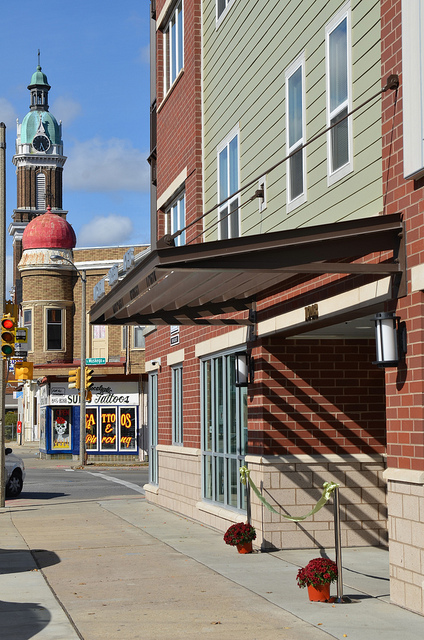 What was once a brownfield on a city-owned vacant lot is now an affordable housing development, and that was a reason to celebrate.

The $6.1 million project was financed through a public / private partnership consisting of WHEDA, City of Milwaukee, the Milwaukee Metropolitan Sewage District, Chase, the DNR, the Federal Home Loan Bank, LISC and the Mitchell Street Market developers.

Hutchinson-Weiss said LISC also provided a $10,000 grant to support a green roof for the development.

The apartments were fully leased within one month of availability, with more than 150 families on the waiting list.

“(The success) is due to a combination of location, the look of the development and the building’s amenities,” said Robert Lemke, a professor of architecture at Milwaukee School of Engineering and the students’ former instructor.

Terrell-Webb said the Mitchell Street Market Lofts have had a major impact on the community’s revitalization. “There wasn’t any new development, so we thought it would bring new housing, obviously, and give the farmers market an ability to continue serving the community year-round,” she said.

The Mitchell Street Farmers Market is run by Growing Power, a nonprofit urban farm. The market, which is up and running, offers indoor and outdoor space for the farmers, according to Lemke.

“There weren’t a lot of healthy food choices in the area,” Lemke said. “Now, (community members) have access to fresh vegetables.

Terrell-Webb said the Mitchell Street Market Lofts tenants love the year-round farmers market. “They can just go downstairs and get their fruits and vegetables for the day,” she said.

The development has made the neighborhood more desirable, according to Lemke. A new business and the expansion of another local business have created 10 new jobs, he added.

“This was the first new project in the area in a long time,” he said. “We like to think that when people look at it, they see a quality idea.”