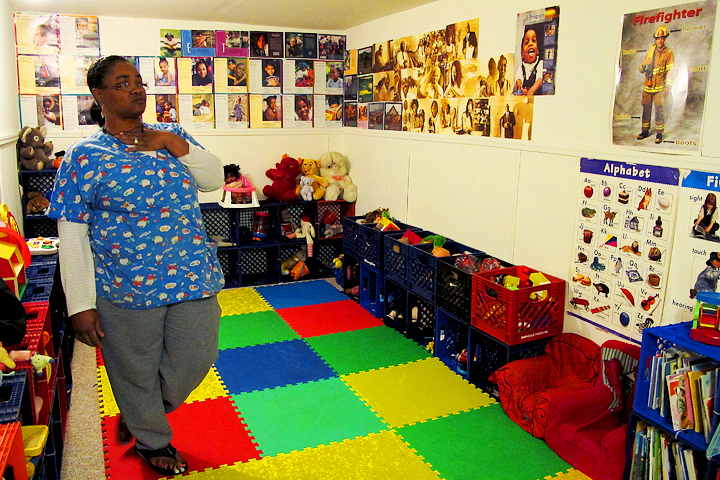 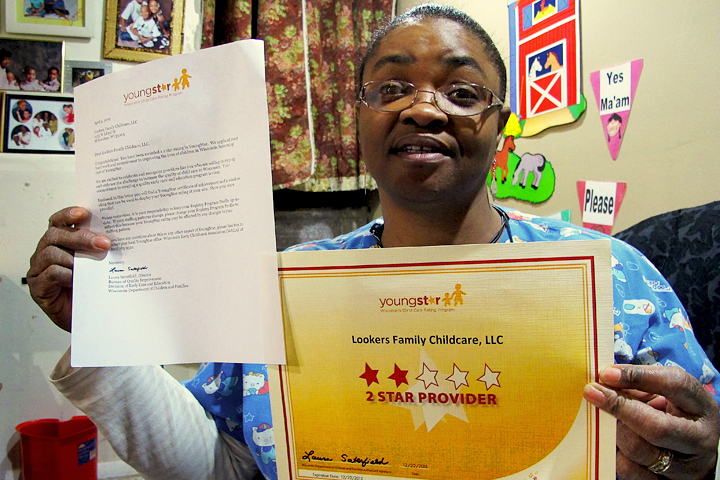 The state Department of Children and Families cannot confirm an increase in the number of family day care centers closing in the last several months, but providers have told Milwaukee Neighborhood News Service that colleagues are shutting their doors.
Read More

Child care centers in Milwaukee are being reimbursed by the state at 13 percent less per month per child than the market rate for private-paying parents, according to an analysis by the Wisconsin Council on Children and Families (WCCF), a non-profit, non-partisan organization that conducts research and policy analysis.

The reduced subsidies also make day care less affordable for low-income families, who have to cover the difference when state reimbursement rates fall short of the market rate.

WCCF’s analysis is based on a recent report on state child care assistance policies by the National Women’s Law Center (NWLC), which tracks policy changes and market rates in the child care industry nationwide. The report looks at each state’s reimbursement rate, based on a local market survey.

Anneliese Dickman, research director at the Public Policy Forum, said that Wisconsin is still using the 2006 survey to set the reimbursement rate although the survey is conducted annually. The Public Policy Forum is a government watchdog group that has been researching early childhood education in Milwaukee for six years.

States are required to survey child care providers’ market rates at least every two years, but are not required to set their rates at any particular level or update their rates regularly, according to the NWLC report.

“The state budget has specified that the 2006 survey is to be used, as a way to keep expenses in check,” said Dickman. “If the state had been updating the reimbursement rate with each annual [local market rate] survey, centers would be receiving more.”

Milwaukee County providers are not alone in receiving below-market rate reimbursements, according to the report.

Most urban counties in Wisconsin, including Kenosha, Waukesha and Racine, are being reimbursed 13 percent less per month per child than the market rate both for 4-year-olds ($117 less), and 1-year olds ($148 less).

Despite implementation of the YoungStar program in July, which enables top-tier centers to receive a bump in government subsidies, reimbursement rates have not improved. Designed to prevent fraud in the child care industry, YoungStar is a five-tier rating system aimed at encouraging providers to improve their education credentials.

Child care programs that meet YoungStar’s highest criteria are awarded four- or five-star ratings, which enable the centers to receive a 5 or 10 percent increase in government subsidies. Centers that are rated fewer than three stars either receive a 5 percent cut in funding (two-star) or face elimination (one-star) from Wisconsin Shares, the state subsidy system.

Even the highest YoungStar reimbursements are below previous rates, according to the NWLC report.

Before YoungStar was implemented, Wisconsin had a two-tier reimbursement system, which allowed providers who met basic licensing standards to receive a particular rate. Providers who were accredited received 10 percent more.

Child care centers at five-star levels in YoungStar are receiving less than the market rate, according to WCCF’s Edie.

Said Dickman of the Public Policy Forum, “The base rate that would be in effect if Wisconsin were to use the most current market survey is higher than the rate five-star centers are currently receiving, because their bonus is on top of a rate tied to the 2006 survey.”

Federal regulations do not mandate, but recommend, that rates be set at the 75th percentile of current market rates, according to the NWLC report. This is designed to allow families access to 75 percent of the providers in their communities.

“With rates frozen for six years, (5-star centers) are still getting $39 less (4 percent) than they would have received by an up-to-date 75th percentile of the market rate,” Edie said.

This frozen subsidy rate, in addition to YoungStar’s stringent requirements, put many family day care centers in low-income areas in danger of closing, according to a previous NNS Special Report. A majority of day care centers in the Milwaukee central city do not have the resources to rise quickly to a 4- or 5-star level.

Most central city providers were rated as two-star, which means that many of these businesses, especially those run by family providers, saw 5 percent subsidy cuts when YoungStar was implemented this past summer.

The state’s Department of Children and Families, however, has not noticed an increase in centers closing over the last four months, according to YoungStar spokesperson Sara Buschman.

“It is virtually impossible to tie the closing of any center to the reimbursement changes that occurred in July,” Buschman said. “Day care centers close for a wide variety of reasons.”

As of Aug. 10, 92 providers in Milwaukee County have increased their star rating and more than 900 providers are working to improve their rating through technical consultation, according to Buschman.

It will take higher tiered reimbursements to keep quality programs under YoungStar in the black, said WCCF’s Edie.

“While the 75th percentile rates may have been too generous to some programs who provided minimal quality, it was certainly not sufficient to cover the cost of high-quality programs,” Edie said. “YoungStar is helping by paying some programs more than the frozen rates, but we have yet to even get up to the 75th percentile of the market rate through the new tiered reimbursement system.”