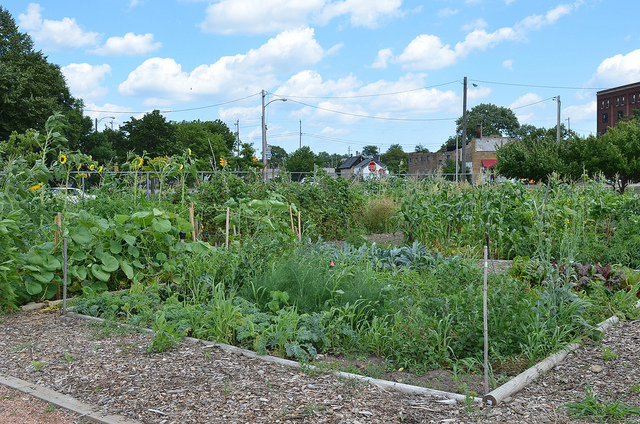 Alice’s Garden in Lindsay Heights could be a model for future urban agriculture projects. (Photo by Sue Vliet)

Urban agriculture leaders from Lindsay Heights played an important role in putting Milwaukee among the top 20 cities in the Bloomberg Philanthropies’ Mayors Challenge, which is intended to generate innovative ideas to improve city life.

“It’s exciting to know that our vision for doing a more comprehensive job of engaging residents in the production of their own food is an idea that deserves national attention,” said Venice Williams, director of Alice’s Garden. 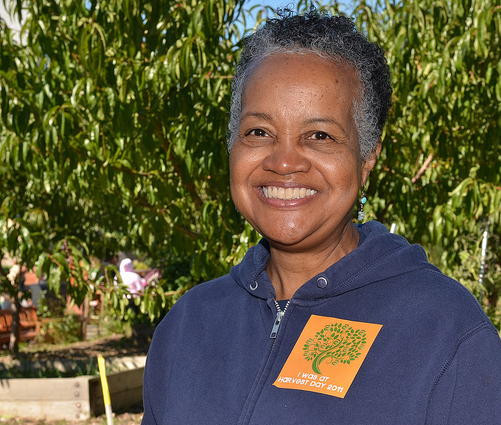 Sharon Adams, director of programs at Walnut Way, added, “I think it’s really a recognition of over a decade of work that has transformed the community.”

The city with the “boldest idea and greatest potential for impact” will win a grand prize of $5 million, and four runners-up each will receive $1 million to improve their city, according to the Bloomberg Philanthropies website.

The goal of Bloomberg Philanthropies’ Mayors Challenge, which drew entries from about 300 cities, is to identify local solutions that could be replicated nationally.

Sharon Robinson, administration director of the City of Milwaukee, said that when city officials were brainstorming ideas to submit to the competition, they “immediately thought of the serious issues we face: jobs, foreclosures…” and then they began to think about it differently.

“We were also thinking about how we have this growing agricultural city…(we have) Growing Power that’s recognized all over the world, so we started thinking about ways we could use these vacant lots,” said Robinson. The next step was to identify stakeholders to bring to the table.

Robinson had in mind Walnut Way’s Healthy Corner Store Initiative, an effort to improve access to fresh produce, when she contacted the organization to be part of Home Gr/Own.

Barrett said Milwaukee is committed to innovation, and the City of Milwaukee is prepared to designate a large portion of the nearly 4,000 vacant lots it owns “for other creative uses including urban agriculture and urban homesteading,” according to a press release.

Barrett solicited ideas to submit to the Bloomberg Challenge through a competition called “Tournavation.” The winner was Gretchen Mead, founding director of Victory Garden, for her suggestion of a government-supported program that would enable poor and unemployed people to grow fruits and vegetables on foreclosed properties in underserved neighborhoods.

“Our call to action was “Tournavation,” which yielded an unprecedented response and created a new model for problem solving in our city,” Barrett noted.

A Milwaukee team — including Adams — will go to New York City for the two-day Bloomberg Ideas Camp this month, where they will meet the other finalists and refine their ideas. Winners will be announced in spring 2013.

Whether Milwaukee makes it to the top five or not, Robinson said that the city’s idea is drawing attention. Milwaukee officials already have received calls from national funders.

“It clearly means a lot to emerge as one of the top 20 cities and for Bloomberg to put a stamp on it that this is one of the winning ideas that stands a chance,” she said.