You are here: Home / Home / Carousel / New program to teach leaders ‘the power they have’
Share this... 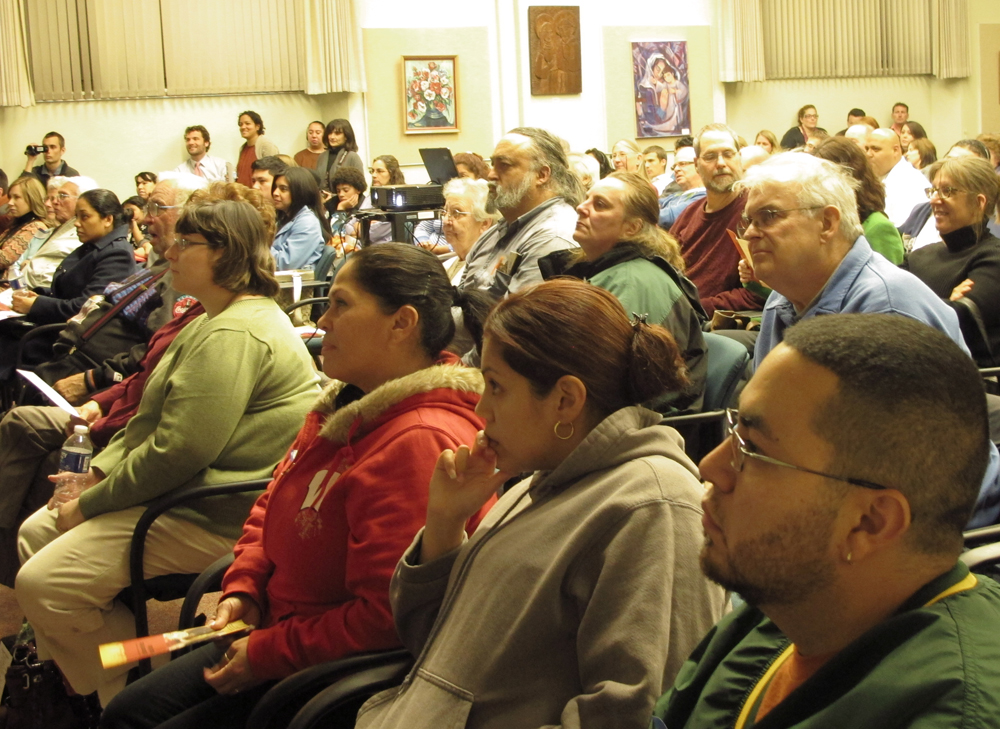 Several local organizations have started the Neighborhood Leadership Institute to help build the capacity and effectiveness of resident and non-profit leaders. (Photo by Marissa Evans)

Four local organizations whose mission is to improve the quality of life in central city neighborhoods are teaming up with the Cardinal Stritch University Leadership Center to build the capacity of community and non-profit leaders.

The Neighborhood Leadership Institute, which is free to participants, accepted applications until Nov. 2. Applicants will be notified on Dec. 3.

The institute will bring together 10 two-person teams, which will meet two weekday evenings and one Saturday a month for 10 months, between January and October 2013. Individuals interested in participating were required to identify a partner in their applications.

Staff members from the four nonprofits or their partner agencies — Greater Milwaukee Foundation, Zilber Family Foundation, LISC Milwaukee and United Neighborhood Centers of Milwaukee (UNCOM) — will pair up with neighborhood residents to discuss issues affecting their neighborhoods and find solutions to problems.

“The program is going to teach these individuals what they can do for their community,” said Christopher Boston, director of sustainable communities at LISC. In addition, he hopes it will help address challenges in the neighborhoods and encourage residents to make a difference.

The institute is open to residents of the Greater Milwaukee Foundation Healthy Neighborhoods, Zilber Neighborhood Initiative neighborhoods, LISC Sustainable Communities, neighborhoods served by UNCOM member organizations, and the Amani and Metcalfe Park neighborhoods. Participants will be offered a small stipend when the program is completed.

Northwestern Mutual Foundation is providing significant support for the institute, and has helped raise its profile in the community, according to Susan Lloyd, executive director of the Zilber Family Foundation.

Lloyd became interested in the concept after speaking with community leaders who attended a public policy summit in Detroit. Lloyd said attendees appreciated the new ideas and knowledge they gained from the experience.

“I hope (the program) will teach them the power they have,” she said.

Boston said the Neighborhood Leadership Institute will help residents understand the importance of working to improve their own neighborhoods. “No neighborhood should expect that others will take a vested interest in their community if they won’t.”

He noted that the program will not just benefit participants. “They’ll have the foundation to grow leaders,” Boston said.