You are here: Home / Home / Carousel / Home visits may be key to reducing infant mortality
Share this... 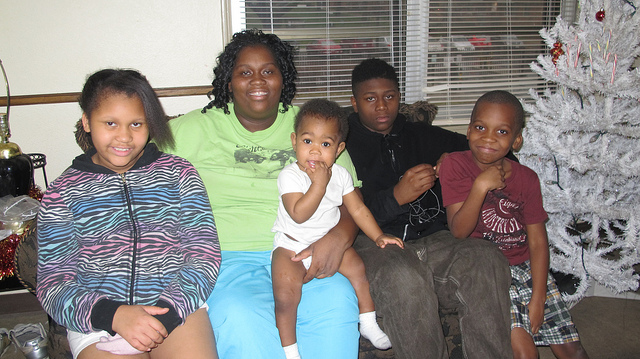 Walnut Way Conservation Corp. has partnered with the Health Department’s Empowering Families of Milwaukee (EFM) program to lower rates of premature births and infant mortality in the Lindsay Heights community.

Although EFM staff members have been working in the Lindsay Heights neighborhood for years, they weren’t directly connected to organizations in the neighborhood,” according to Tyler Weber, UW population health fellow at Walnut Way and the City of Milwaukee Health Department.

Weber said that the partnership between EFM and Walnut Way can make an important difference. “We at Walnut Way have a strong history of neighborhood engagement, but EFM has the resources to provide incredible amounts of support … to pregnant women and their children and family,” he added. 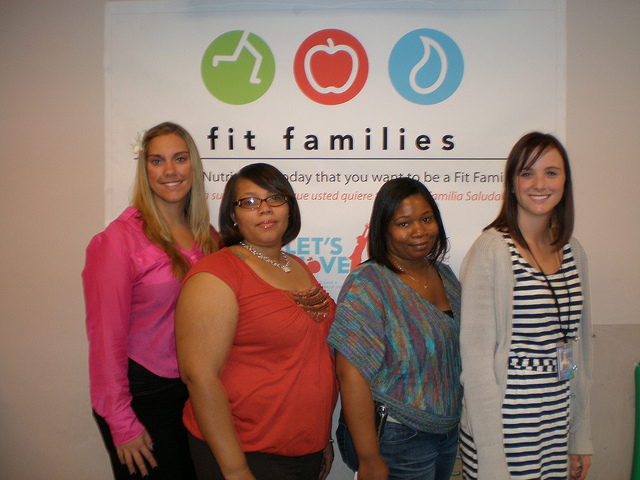 Weber’s placement at both organizations made the partnership a convenient one, according to Julie Driscoll, program manager for Empowering Families of Milwaukee. The two organizations began working together during the summer.

“Health and family success has many variables,” Driscoll said. “There’s child development, but then there’s jobs and healthy neighborhoods, and Walnut Way makes sense because they are working on so many of those other big pieces.”

EFM assigned two teams, each comprising a nurse and a social worker, to work in the community, according to Weber.

The nurses provide families with health education, including prenatal and dental, but they also discuss matters such as how to detect an infection and who to call if their child needs urgent care. EFM is modeled on the national Healthy Families America home visiting program, which works with “overburdened families who are at risk for adverse childhood experiences, including child maltreatment,” according to the website.

In addition to health education, nurses and social workers use the Parents as Teachers curriculum, in which parents serve as the model for their children.

“A lot of what we work on, and our goal, is working on parenting,” said Sarah Olsen, an EFM nurse.

There is some crossover between the responsibilities of nurses and social workers, according to Olsen, but the social workers’ main task is to connect families to resources. “They help families navigate the healthcare system, find housing and jobs, and other things they struggle with,” Olsen added.

Marion Davis, a single mother of four, was referred to the program by her doctor when she was pregnant with her 1-year-old son. Davis said her social worker helped her to talk to her son “like a man” when she’s upset with him. “I don’t have to yell,” she added.

Davis, who has been participating in the EFM program for almost two years, said she already knew a lot of the health information the program provided. “At first, I was like, okay, what do y’all want?” said Davis. “I was going to back out until I got to know the social worker, and the way the program works and the nurse.”

Felicia Hayden, health project coordinator for Empowering Families of Milwaukee, noted that it takes “finesse” to make the first introduction. “Sometimes families do not want home visiting services because of lack of trust or rapport with the home visitor,” Hayden added. “Families may not have a clear understanding of what the program is, services it provides or the home visitor’s style.

EFM is one of three City of Milwaukee Health Department home-visiting programs (including the Nurse-Family Partnership, which focuses on first-time pregnancies for teens and women, and Parents Nurturing and Caring for their Children, a Medicaid program that provides services that support healthy babies). All three aim to improve prenatal, birth and infant outcomes.

The EFM program started in 2006, and will be funded through 2015 with the Family Foundation’s Comprehensive Home Visiting Program Grant awarded to the City of Milwaukee Health Department by the Wisconsin Department of Children and Families.

The EFM program serves 33 families in the 53205 and 53206 ZIP codes, and about 15 families in Lindsay Heights, which includes portions of both ZIP code areas.

In total, EFM serves 215 families in 11 ZIP codes, with a capacity of 300. Families are primarily African American, live in single-family homes and have incomes below 200 percent of the poverty level.

The 11 ZIP codes have the highest rate of infant mortality and premature births, and are low-income areas. Teens and women who are pregnant or have infants up to two months old, and are living in one of the 11 ZIP codes can participate in the EFM program, according to the health department’s website.

“The biggest reason the health department has implemented programs like this is to prevent infant mortality,” Driscoll said.

African American babies are three times more likely to die than white babies within their first year of life, Driscoll added. Although the infant mortality rate is staggering, she is confident that EFM’s services to families are making a difference.

Davis said the program has given her hope.

A high school dropout, she said the program has been a big motivation for her. She has taken her GED (General Education Development) test, and is taking classes at Milwaukee Area Technical College (MATC). “If my social worker had not been here, I don’t think I would’ve taken any tests,” she added. Davis credits the social worker for encouraging her to go back to school and complete her GED tests.

“What we see and hear from families is that our home visitor is the only person that’s consistent in their life; someone who believes in them and does what they say they’re going to do,” Driscoll said.

She added, “Home visiting is a very powerful service. Research shows if we (work with families) in this specific way, we’ll get positive results.”