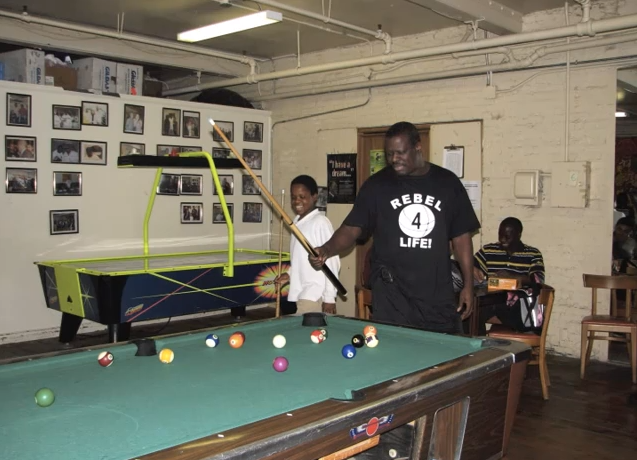 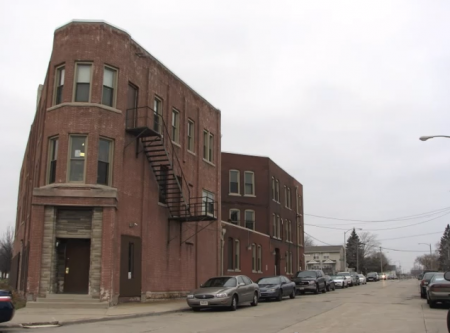 Running Rebels has been renovating its building in stages. (Photo by Kenya Evans)

Running Rebels Community Organization received an unexpected holiday gift when it was awarded a check for $1,000 from Northwestern Mutual Foundation’s 2012 Days of Sharing campaign.

“We were pleasantly surprised,” said Dawn Barnett, co-executive director of the Running Rebels. “We heard that we were in the drawing, but we didn’t think we’d win because there were so many organizations in the drawing,”

Northwestern Mutual Foundation’s Days of Sharing campaign encourages Northwestern Mutual employees to nominate local nonprofits they care deeply about. The foundation chose 25 employees as winners out of more than 770 who entered. The organizations were awarded $1,000 to $10,000 by the foundation on behalf of the employee who nominated them. The 25 grants totaled $100,000.

Avery Harris, who submitted Running Rebels to the drawing and is a friend of the organization’s Executive Director Victor Barnett, has seen the positive work the group has done for the community. Harris attended Running Rebels’ annual banquet, and was impressed.

”These young people were doing wonderful things, and if not for this program might be out on the streets of Milwaukee getting in trouble, said Harris, systems administration consultant at Northwestern Mutual. They were given scholarships, others gave speeches and others sang and supported each other. It was good to see a large gathering of young people come together.”

The local nonprofit assists teens through rough patches in their life with the Violence Free program in 12 Milwaukee Public Schools and the Pipeline to Promise program, which connects teens to business professionals and jobs. “With Pipeline to Promise we focus on the 18- to 24-year-olds; we call them the lost ages,” said Barnett. “If they’re not in college, they’re just floating through life. They’re technically adults but not emotionally adults.”

Running Rebels, 1300A W. Fond du Lac Ave., has been renovating its building in stages since 2006. The nonprofit has added new bathrooms, replaced the old elevator and installed a fire protection system, according to Barnett. “We definitely have plenty of needs,” she added.

Though there is still a lot to be done, Barnett said the organization hasn’t decided what it will do with the grant money. “We’re very appreciative to Northwestern Mutual, and the money will be spent wisely bettering the lives of our young people,” she said.