You are here: Home / Home / Carousel / Llanas ‘in the right place’ to connect communities to city resources
Share this... 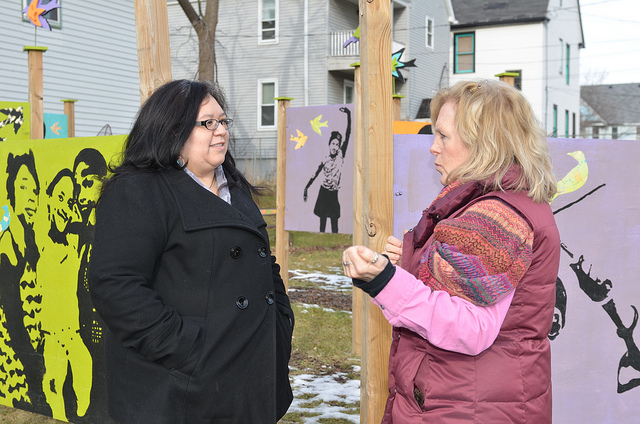 Vanessa L. Llanas has worked with so many nonprofit organizations over the years that she calls herself a “career migrant.” But, she said, “Community and family have always been the center of who I am and the kind of work that I do.”

Of her new position as the community outreach liaison for Milwaukee’s Neighborhood Improvement Development Corporation (NIDC), Llanas said, “I’m in the right place.”

Llanas jumped right in since joining NIDC in late November 2012. NIDC is part of the Department of City Development, and its community outreach liaison works to connect neighborhood groups to available city resources. This includes up to $3,000 in matching grants for community improvement projects, and zero-interest loans for homeowners and landlords in Target Investment Neighborhoods (TINs).

“Vanessa was really able to hit the ground running,” said NIDC Program Manager Sam Leitchling. “She has a wealth of experience and connection to communities that will help her use the great groundwork that David (Weber, Llanas’ predecessor) left for her.”

Community groups that partner with the NIDC have noticed Llanas’ enthusiastic approach to her position.

“Vanessa, I can already say, is very successful in being supportive and working with us, encouraging us in our projects,” said Tanya Fonseca, neighborhood coordinator at Agape Community Center. 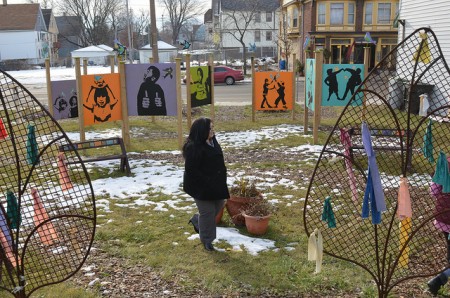 Agape has worked with NIDC for more than five years on projects including installing signs and flags in neighborhoods such as Thurston Woods and Old North Milwaukee, among others.

Will Sebern, community outreach manager for Layton Boulevard West Neighbors (LBWN), said he appreciates NIDC’s “residents first” approach, especially in projects such as LBWN’s pocket parks, which develop unique attributes based on the neighbors in the blocks surrounding the sites.

“Vanessa and NIDC understand that in order to create meaningful and sustainable change in a community, you must focus on what the residents who live there want to see happen and then work to support that vision,” Sebern said.

Beyond ensuring sustainability, Llanas hopes to use her network to spread the word about NIDC’s available resources, which she said could go unused if groups do not know they exist.

“Before getting to this job, I didn’t know about this resource,” she said. “I look at that as, ‘I have found something new, and I get to share it forward with all of the people in my networks,’ and hopefully they’ll share it forward.”

Llanas also said it is important to listen to community groups to find out how NIDC can make resources more easily available, while still respecting the city’s processes. Now that she is in a city position, she knows she is responsible for being “a steward of public dollars.”

“What I’m trying to do is hear from people who have been working with this program and learn what they love about it, and what are the challenges that they’ve seen, and how would they like to see it (done) differently,” said Llanas.

And, through her career in community work, she has certainly learned to recognize potential.