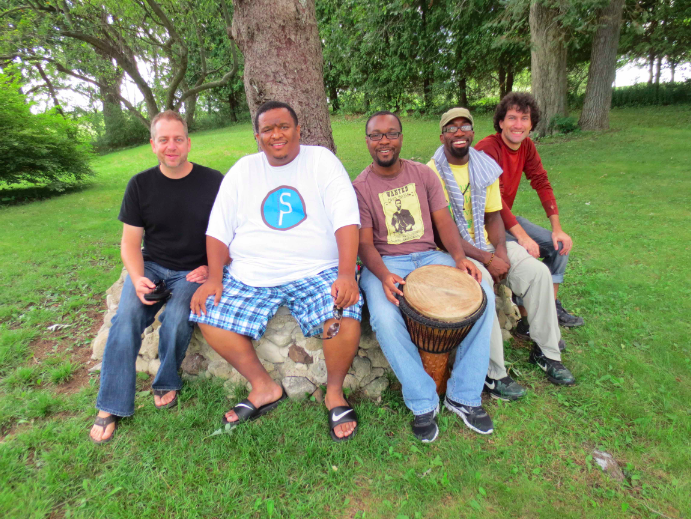 When Maanaan Sabir invited black men he knew who live, work or serve in the Lindsay Heights community to meet and talk about their health, his good intentions were met with hesitation and suspicion.

“Maanaan told me this was a group of black men getting together,” said Tristan Gross, a member of the Men’s Wellness Council (MWC). But when Gross attended the first meeting with “six or seven brothers” and four white people, he wondered if history was repeating itself.

“I didn’t want it to be like a Tuskegee thing,” Gross added. The dynamic of white academic professionals and a group of black men reminded him of the Tuskegee Syphilis Study, an unethical experiment in which 399 black men were misdiagnosed and given improper medical care from 1932 to 1972.

“Once we established we weren’t being studied like lab rats, we jumped right in,” said Gross. “It’s a space we rarely get but definitely needed.” 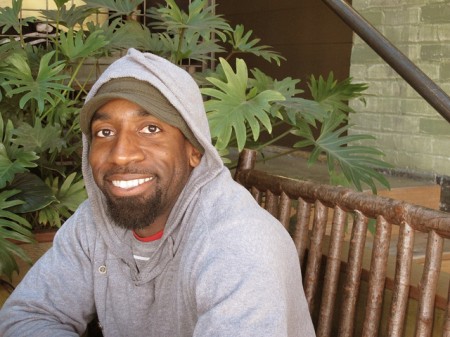 The council is a support group for black men in Lindsay Heights, organized by staff members of Walnut Way Conservation Corp. in partnership with the University of Wisconsin-Milwaukee Zilber School of Public Health and the University of Wisconsin School of Medicine and Public Health’s Center for Urban Population Health (CUPH). The project was funded by the Wisconsin Partnership Program.

The council began in 2011, and monthly meetings were held at Walnut Way for 18 months. The group started out with 12 men, but dwindled down to nine because of scheduling conflicts. Although the council officially ended in the fall, the men have continued to meet once a month.

Participants were offered a free membership to the YMCA as an incentive to attend. “The incentive was the draw for the first day, but they stayed because of their personal connection with Maanaan,” said David Frazer, community partnerships and communications manager at CUPH.

They also set their own rules for the group — no cell phones allowed once the meeting started and “keep it real” during discussions.

“We thought we’d learn more about the physical health — eat well, sleep well — but as you can imagine, that wasn’t the highest priority on anyone’s list,” said Frazer.

Added Sabir, “We realized our mental health was key, but as men we never show it or talk about it to people, and no one in the black community wants to. We treat mental health like it’s a pariah,” he said.

The men discussed the daily pressures of racism, family life, relationships, negative stereotypes of black men portrayed in the media, and their discomfort sharing their problems with anyone, according to Frazer. 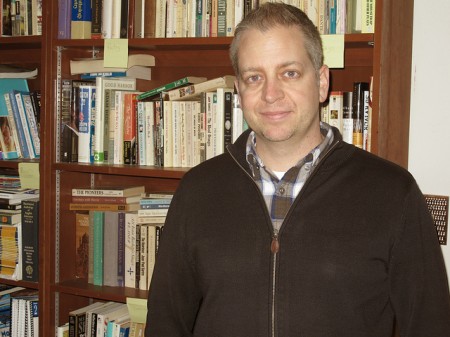 “Discussions by MWC members brought to light the tremendous isolation and pressure African-American fathers and men experience in our community, highlighted by their self-definition as ‘an island of one,’” according to the MWC’s progress and findings report.

“It was a healing space for me,” said Gross, who was able to flesh out ideas and learn from the lives of others. “It was a think tank, support system, more than anything, and a really safe and authentic space,” added Gross, the youngest member of the intergenerational group. Participants’ ages ranged from the 20s to 70s.

“I realized even as a co-facilitator I was going through a healing process,” said Sabir.

“I never went through any counseling to address who I was (as a black man) and there is still stuff manifesting now.”

The MWC’s report stated that the 2,700 households in Lindsay Heights are 93 percent African-American with an average income level of $22,466, compared to $52,048 statewide. Additionally, the unemployment rate is 21 percent, more than double the state’s.

“While these disparities affect all residents, men living in Lindsay Heights and zip codes 53205 and 53206 bear some of the greatest burden of these poor social determinants of health,” according to the MCW report.

More alarming is a study conducted by the Center for Disease Control and Prevention that reported African-American men have the lowest life expectancy in the country. According to a 2006 Henry J. Kaiser Family Foundation study, the homicide rate for black men ages 15-19 was 85 per 100,000, and 61 deaths for those ages 25-44. The homicide rate for white men in both age groups was five deaths per 100,000.

One of the goals of the project was to film the group’s discussions to create a 20-minute documentary. Walnut Way plans to show the film and share what the men learned from the MWC with the Lindsay Heights community. The film, “No Longer an Island,” will be shown at Inn at the Commons (formerly Park’s Place), 1615 W. North Ave. on Thursday, Feb. 28, from 6 p.m. to 8 p.m.

The men plan to duplicate the MWC model in other communities. Some of the participants also have shared their experiences as speakers at conferences.

“What I’d like to see is already happening,” said Gross. “We get together and hang out sometimes, and we patronize those who have businesses; the informal network has continued, and I like that.”