You are here: Home / News / Arts and Recreation / Saving Our Sons gets off the ground
Share this... 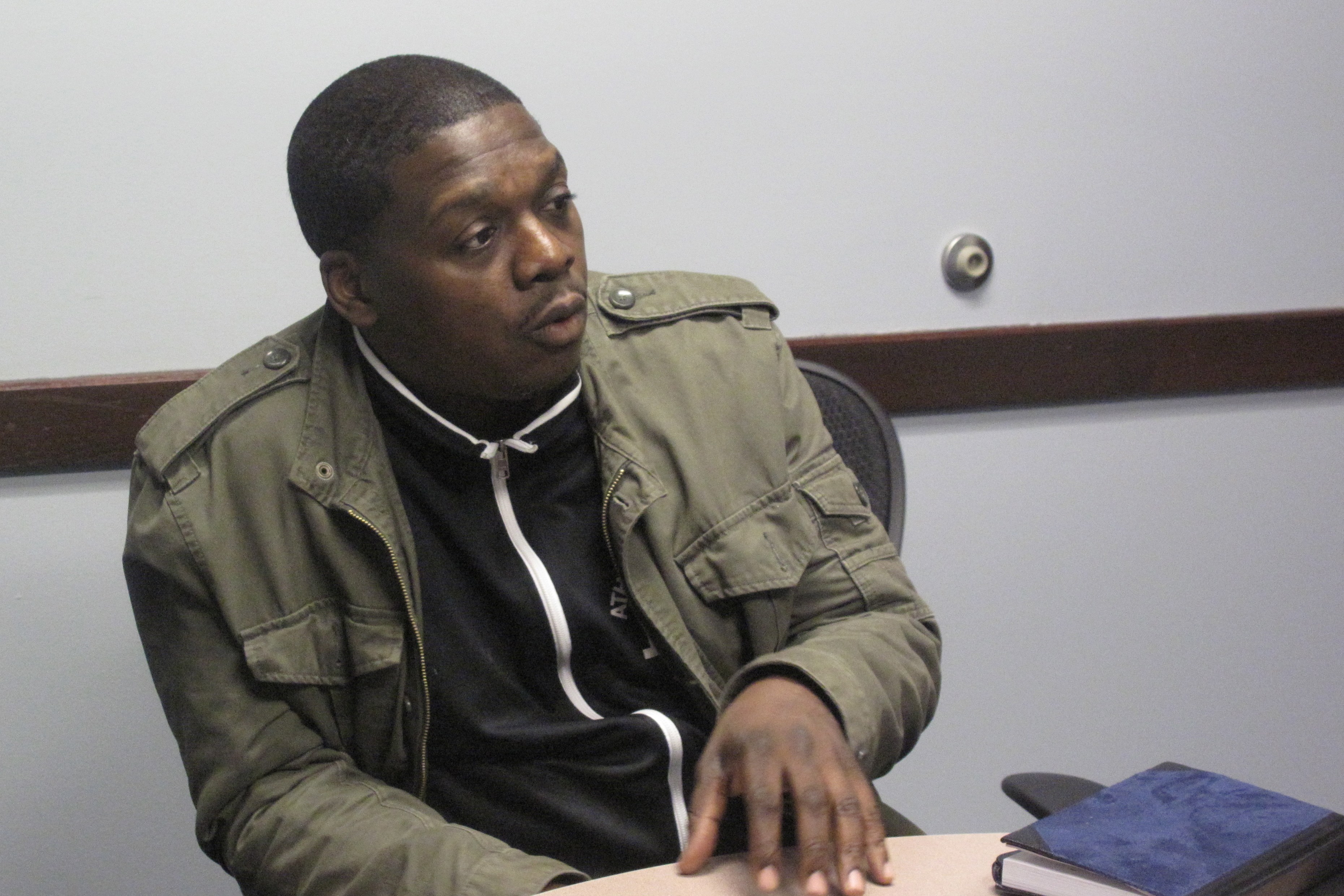 Poet Kwabena Antoine Nixon is a facilitator for young men participating in Saving Our Sons. (Photo by Casby Bias)

A program to support young men of color at 10 Milwaukee Public Schools is off to a good start, according to organizers. Saving our Sons is focused on increasing attendance, academic achievement and school engagement, while reducing suspensions and violent incidents.

“We’re taking the young men, breaking them down and getting to their core,” said Kwabena Antoine Nixon, Saving Our Sons workshop facilitator and poet. 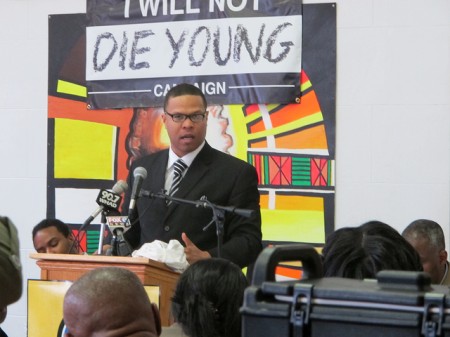 Muhibb Dyer, one of the organizers of the Saving Our Sons — I Will Not Die Young campaign, speaks at the launch event in January. (Photo by Courtney Perry)

“I’ve seen some young men who were hesitant, who walked in the room (with their) guard up, who are now opening their mouths and participating every week,” Nixon added.

The program works exclusively with male students now “because of the statistics that say that most of them will not live past the age of 21,” according to Dafi Malik, Saving Our Sons project manager. She added that the program is needed because it helps the students focus their energy towards something positive. “This program teaches them to express their pain and use it as the fuel that motivates them to make positive changes in their lives.”

Once the boot camp process is completed, the students will work with mentors. According to Nixon, more than 200 people have trained to become mentors through MPS. The program will continue through the remainder of the school year, and during the summer students will do community service.

Malik said she hopes the program will continue in the fall, since helping “as many young people as we can” is important.

Nixon and Malik are pleased with the young men’s progress so far. “They’re thinking about life differently now,” said Nixon.

Many students have said that they’ve made changes within themselves and in how they view the world around them, added Malik. For example, some have said that they have accepted their painful situation and realized they have the ability to change it from a negative to a positive.

There have been no major problems since the program’s launch, according to Nixon. However, Malik noted that “there are always challenges with the start of any new program. Staying within the allotted hour is about the biggest challenge so far because the students have been so open and often want to keep working.”

Nixon said that he hopes to see the students take what they have learned and “be ambassadors of the program and take it into the community. “It’s bigger than, ‘Are we making progress within the immediate circle?’ We’re hoping to make progress and impact on life,” he said.