You are here: Home / News / Arts and Recreation / ‘Telenovela’ focuses on diabetes in Latino community
Share this... 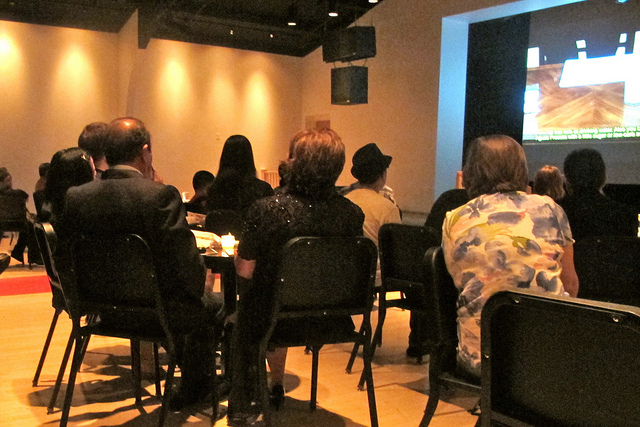 A family bans together to change their lifestyle for the better in Dulce Tentacion, a new film presented by United Community Center and Medical College of Wisconsin. The Spanish-language film, which translates to Sweet Temptation in English, is the story of one family’s struggle with diabetes.

The telenovela-style movie tells the story of Maribel, a wife and mother of three who learns she is at risk to develop diabetes. Because of this, she and her family make the decision to get healthy. At the same time, the audience sees Maribel’s diabetes-stricken father’s health slowly spiral downward as he refuses his medication and ignores suggestions for a healthier life style. 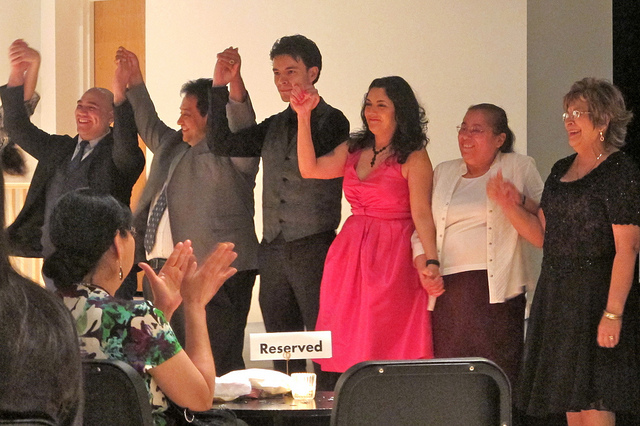 The film was created by and for Milwaukee’s Hispanic community, with members of the community starring in the project. The film’s goal is to educate the community about diabetes. According to the Centers for Disease Control and Prevention, about 12 percent of Hispanics have Type 2 diabetes, which is the fifth leading cause of death among Hispanics. The film discusses ways the Latino community can work to improve these numbers.

Dr. Elaine Drew, assistant professor of the department of family and community medicine from the Medical College of Wisconsin, worked as the principal investigator on the project. She said that the Latino community members came to the college with the issue of diabetes.

“It is prevalent in the Latino community and the community told us their top priority was a healthy lifestyle,” Drew said.

Dulce Tentacion aired recently at the Latino Arts Auditorium & Gallery, which was decorated for the premiere. The movie drew a crowd of about 50-60 people, many who were friends and family of cast members. Attendees sat in risers or gathered at tables, snacking on popcorn while they watched the film. It garnered laughs from the audience at both the comedic and the occasional dramatic part of the movie. The audience broke into thunderous applause and gave the film a standing ovation.

Drew and many other people involved in the project have been touched by diabetes. Audience member Lelitza Garcia said that her mother and sister have the disease. She brought her son, Newton Baez, to the audition because she felt it was an important project. Baez, 8, played Junior in the film.

“It definitely helps meet the Hispanic community’s need for more information for how to be healthy,” Garcia said.

Marina Delgado said her father’s diabetes led to poor eyesight, which has forced him to stop driving. She found the film to be enjoyable and straightforward.

“It makes it fun,” Delgado said of the film’s lessons about diabetes. “There is not a lot of knowledge in the community. People are not comfortable with these problems. This will bring awareness.”