You are here: Home / News / Arts and Recreation / First Neighborhood Art Fair ‘brings the city together’
Share this... 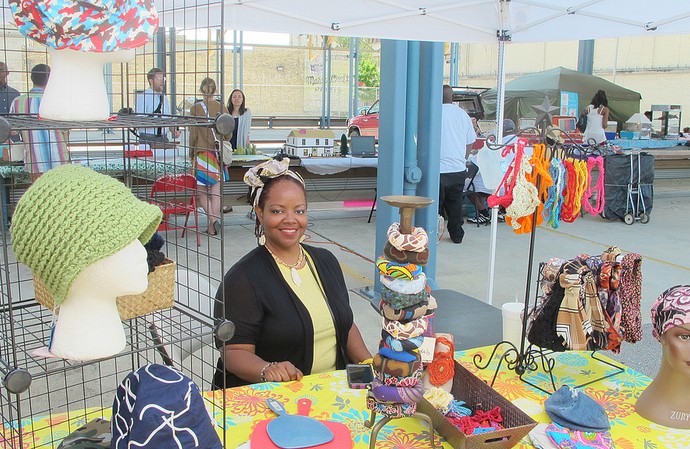 Angela Smith offered items for sale from her shop and studio The Zen Dragonfly, located in the Harambee neighborhood. (Photo by Michael Grochowski)

As part of the recently opened Art on Fond du Lac initiative, artists from Milwaukee came together for the city’s first annual Neighborhood Art Fair.

Michael Veon, who lives in the Baran Park neighborhood, said the art fair brought people together in a part of the city they might not usually see.

“I probably would never come here, just because it’s far from my house,” Veon said. “I think it’s nice that it kind of brings the city together.”

Pegi Christiansen, IN:SITE chair and site manager, said the art fair was inspired by a similar event previously held in Sherman Park. The goal was to bring the art fair back with more neighborhoods included, Christiansen said. Cortney Heimerl and co-organizer Jeff Percival led the planning for IN:SITE. 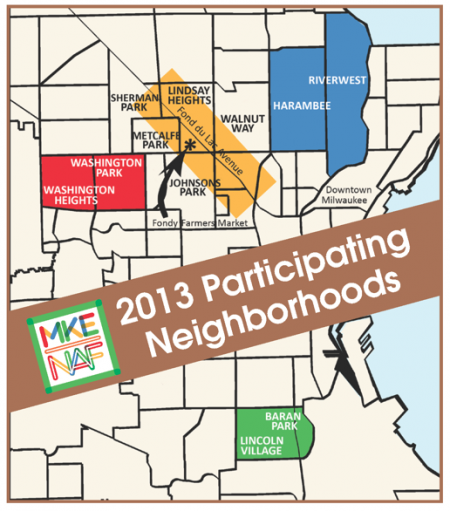 Organizers provided workshops to prepare artists to sell their work at the event. Heimerl said art fairs provide both emerging and established artists with an opportunity to meet their customers face to face and to build their market.

With the Art on Fond du Lac initiative, Christiansen said IN:SITE hopes to bring attention to the work being done along the thoroughfare, from the renovation of the pavilion at Johnsons Park to the recently completed Sherman Park Senior Living Community.

“What we wanted to do is bring people to an exciting area of the city that has a rich history and to get them to see and experience it and see the positive things that are going on here,” Christiansen said.

“I hope that people can realize that even what’s known as an at-risk neighborhood can be a positive place to come to,” Harrison said. “Maybe that will reverberate with the neighbors. We know that you’re just people trying to live and let live like everyone else.”

Heimerl said the Neighborhood Art Fair will be held each year at a different location and highlight a new set of neighborhoods.

“The idea behind the Neighborhood Art Fair is to eventually make a city-wide art fair that represents all of the neighborhoods in Milwaukee,” Heimerl said. “We understand that’s a huge undertaking, so what we’re doing is this year — the first year — we’re working with neighborhood organizations and art organizations to be our vehicles to spread the word to those areas.”

Angela Smith, who owns The Zen Dragonfly, 302 N. 34th St. in Harambee, said the art fair provided an opportunity for artists from different neighborhoods to connect. “I think it’s a good ideal to bring the community together, because a lot of the neighborhoods don’t operate together,” she said.

Heimerl said the art fair also promoted a variety of art and craft forms. “We want to have it be as diverse as possible and reflect the different people that live in Milwaukee and what they’re inspired to create,” Heimerl said.

Isaiah Sloan, an artist who lives in Sherman Park and attends Riverside University High School, 1615 E. Locust St., said the art fair had a positive effect on the neighborhood.

“People like my age, you hear a lot of sad stories on the news,” Sloan said. “It’s bringing positive energies into the environment.”