You are here: Home / Home / Carousel / Exploring the heart of Milwaukee a mile at a time
Share this... 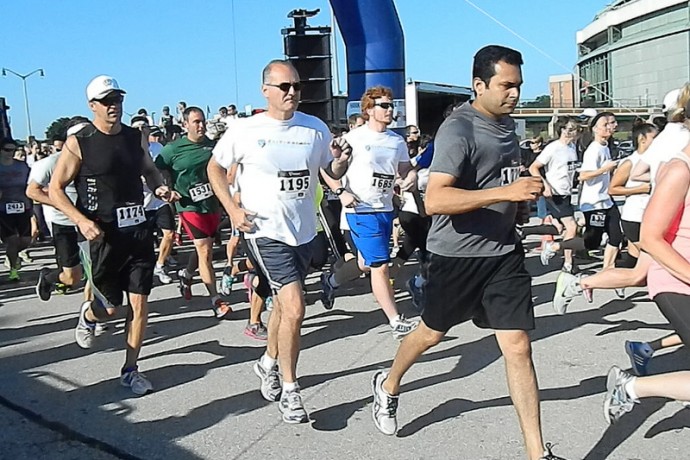 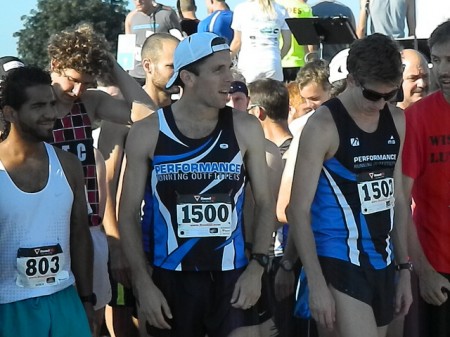 A few runners get ready to run as they await the starting signal. (Photo by Eric Oliver)

The annual Hank Aaron State Trail 5k Run/Walk holds special meaning for race organizer Tom Metcalfe, who says the event’s participants are treated to a unique view of the city that includes the revitalized Menomonee Valley.

“This is the heart of the city … before I lived in Milwaukee I understand the valley was quite dilapidated and even in the 10 years that I lived here the transformation has been phenomenal,” Metcalfe said. “If the heart’s working well the rest of the city works well too, this is a great place to start.”

About 1,500 runners and walkers got their own hearts pumping during the recent 14th annual Hank Aaron State Trail 5k Run/Walk that began in the Menomonee Valley, where the 24-acre Three Bridges Park recently opened in the valley as part of a $25 million restoration project. The project also consists of expanding the Hank Aaron State Trail six miles to the west.

Racers and walkers wore bibs that said “The Trail Will Take You There,” during the event hosted by Friends of Hank Aaron State Trail.

Metcalfe said after each race the organization sends out a survey to see where they could improve the race. He said that every year, two things in particular resonate throughout the responses.

“The feedback we get from our runners is that it is just well organized and it is a lot of fun because of the band, food and prizes,” Metcalfe said.

This year was no different. The race featured a live band at that start/finish line, a silent auction and food available after the race. Funds from the race go to support a free summer bike camp for children living in neighborhoods along the trail.

Paul Kaminsky, a representative from the Department of Natural Resources, was hoping that the 5k would help people to find a greater appreciation for the trail so that when the race was over they would come back to use it again.

Valarie Beres, a third-shift nurse, found out about the 5k right before her shift ended, washed up and decided to walk the race the following morning.

Beres is a frequent charity walk participant, and she enjoys the chance to get outside and get active during the races.

“I do a lot of charity walks and it was a very last minute thing,” Beres said. “Anything that is going on I try and get active in.”