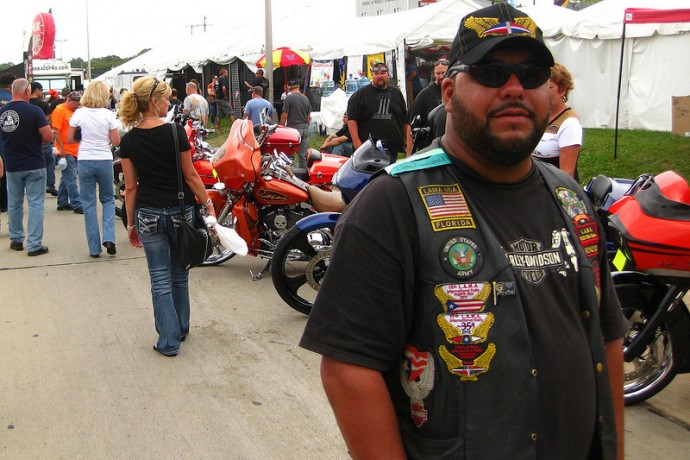 Harley-Davidson revved up its outreach to minority riders during its recent 110th anniversary celebration by hosting street parties for African American and Hispanic riders.

The motorcycle company has been seeking to grow its appeal across generations and cultures, in line with U.S. population trends.

Last year, U.S. sales of new Harley-Davidson motorcycles to young adults, women, African Americans and Hispanics grew overall at more than twice the rate as sales to the company’s traditional customer base of white men ages 35 and older, according to the company’s website.

The House of Harley-Davidson dealership on West Layton Avenue threw a street party for Latino riders, known as Harlistas. For the past five years, Harley has been the top seller of new motorcycles among Hispanics in the U.S., and Harley’s outreach directors say dealerships are paying attention to minority riders more than ever because they’re realizing it’s good for business. 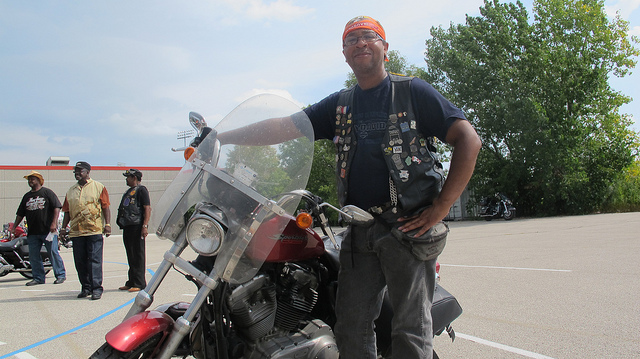 Nick Lopez was there Saturday with his 2004 Road King, its polished-chrome engine shiny like a mirror. Lopez has been riding since he was 16 and drove from Chicago with other Harlistas from the Latin American Motorcycle Association.

“I’m proud to be Hispanic,” he said. “There was a time when Harleys weren’t for us. Now we’re a part of it. Latinos have become a force. We can afford Harleys now. We’ve come up.”

Miguel Ramos drove more than 20 hours from Orlando to celebrate the 110th anniversary. Ramos, a Kenosha native, said he’s noticed more Latino Harley riders on the road in the past few years.

“There’s an opportunity for Harley to expose the brand to African Americans. We’re going to do it in a more meaningful way, as opposed to just shoving the product on them,” Comissiong said.

The Harley-Davidson Museum has showcased its African American heritage in recent years with an Iron Elite exhibit, which honors motorcycle culture through the eyes of black riders.

The exhibit features the stories of William Johnson, a New Yorker who in the 1920s became the first African American to own a Harley-Davidson dealership; and Benny Hardy, the custom bike builder who helped create the iconic “Captain America” motorcycle for the movie “Easy Rider.”

Eddie Williams drove from Springfield, Mich., on his 2004 Sportster to be at the Iron Elite Black Biker Jam. Williams, a member of the Buffalo Soldiers biker club, is a financial advisor and his Buffalo brethren call him “Wall Street.”

Williams said there used to be a misconception about the typical Harley rider back when he first started riding 10 years ago.

“But now so many African Americans ride Harleys,” he said. “I think that myth has been pretty much dispelled.”