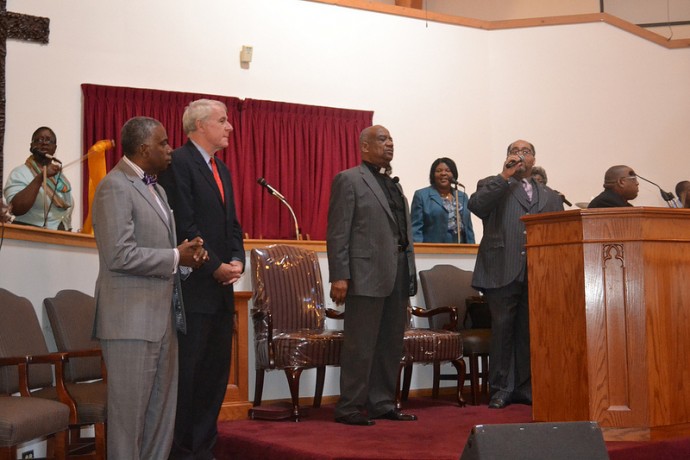 When Julia Means, parish nurse at Ebenezer Church, started Blanket of Love in 2007 there was not much discussion about the danger of co-sleeping. Now, discouraging the practice of parents and babies sleeping in the same bed is the focus of an aggressive campaign to reduce infant deaths, especially in the city’s African-American neighborhoods.

Blanket of Love is a prenatal and parenting education program sponsored by Ebenezer Church of God in Christ and funded by Columbia St. Mary’s Hospital and the March of Dimes.

“We work with at-risk moms. We teach them first about prenatal care and how to take care of themselves while they’re pregnant and where the baby is going to sleep,” Means said. “We work with them the first year because we know that the first year is the most dangerous.” 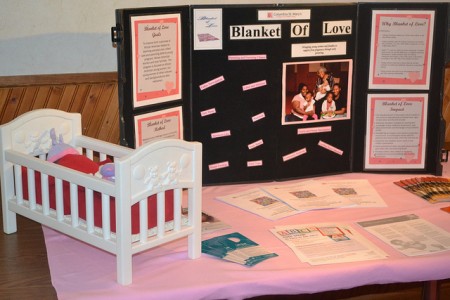 The department has teamed up with Blanket of Love to raise awareness about co-sleeping. Mayor Tom Barrett recently marked the city’s third annual Safe Sleep Sabbath by visiting area churches, including Ebenezer Church.

“Wanting to be close to your baby is a really good natural tendency, but that’s the problem because this means that often love leads to death,” Barrett said.

Milwaukee Commissioner of Health Bevan K. Baker, who also spoke, said co-sleeping is mentioned in the Bible. “But I believe that in this intersection of public health and faith that there is a solution. I believe this is an issue that faith, God and commitment can fix.”

However, Barrett said he thinks current laws are adequate. “I think that the issue is more about education,” he said. “We send out the same message every year for the same reason Coca-Cola continues to advertise. The message has to be delivered over and over again in order to be remembered.”

Means said Blanket of Love is trying to get people from all over the city to participate. “The biggest problem is transportation, and that’s one reason why we want to expand into other neighborhoods where the infant mortality rate is high.”

The Safe Sleep Sabbath event was planned in cooperation with Columbia St. Mary’s and United Way of Greater Milwaukee, along with other faith-based and health organizations.