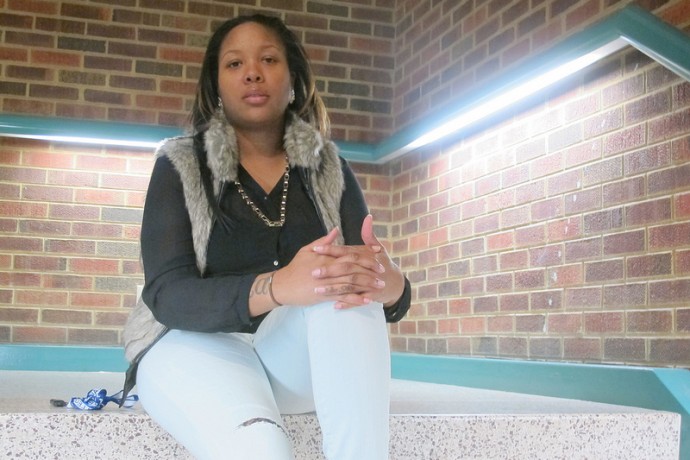 Dequana Bostick is enrolled at Milwaukee Area Technical College and working toward certification as a licensed practical nurse.

Dequana Bostick was a single mother of two at the age of 18. She loved high school and performed well, but raising babies, not reading books, became her top priority. Slowly school slipped away, a diploma deferred.

She dropped out of high school, became a certified childcare provider and worked at the daycare owned by her mom. It earned her enough to live independently with her kids. Her income proved to be less of a struggle than the dissonance between her values and reality.

“How could I teach my kids that their education was important when they look at me and see me making it without one? I was never content without having an education. Every day I thought about it,” Bostick said.

More than anything Bostick wanted to earn her GED, the testing method and diploma accepted by most post-secondary schools, and continue on to take classes to become a licensed practical nurse (LPN). After several failed attempts, Bostick enrolled at Midwest Adult Academy, a private, fee-based school, formerly located at 6114 W. Capitol Drive.

Bostick said she paid the academy $250, took home a few tests and returned them with passing scores. She graduated from the program in less than a year and was handed a diploma. She then visited Priscilla Wallace at the Social Development Commission (SDC) to enroll in a certified nursing assistant (CNA) course. Wallace asked for Bostick’s GED paperwork.

Then came the tears.

Bostick’s diploma was not a legitimate GED certificate. Wallace said schools such as Midwest Adult Academy offer high school diplomas that aren’t GEDs and generally are not accepted at most post-secondary schools, including Milwaukee Area Technical College (MATC), where Bostick hoped to attend. Part of the reason is because there is no oversight to keep students from cheating on the tests at home.

Wallace keeps on file a list of more than 50 of what she calls “predatory schools” such as Midwest Adult Academy. In Milwaukee, where thousands of students drop out of high school every year, Wallace said there’s a market for businesses to offer quick-fix diplomas.

“It just felt that everything I had worked so hard for up to that point was invalid,” Bostick said. “I had no meaning or substance. I had to pick it up and start back all over again.” 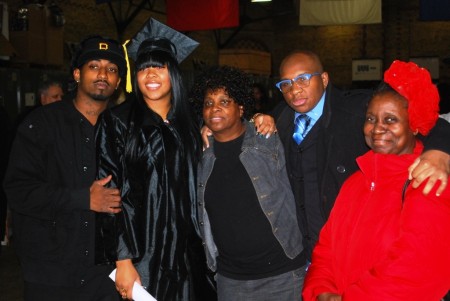 Midwest says it’s doing nothing wrong. Elaine Spencer, the school’s CEO and a Milwaukee native, said the school has always told its students — 6,000 graduates since 2005, she estimates — that its diploma is not accepted everywhere and is not an official GED.

“We’re not breaking any laws. We put in big red letters on our brochures that it’s not a GED program. We have never said we offer that,” Spencer said.

Spencer added that the school isn’t trying to be a GED program and it’s intended for people with tight schedules. She said she’s suspicious of the government-funded GED programs offered by community-based organizations that may hold onto students for years as they struggle to pass the tests, and pay “high salaries” to teachers who don’t deliver results.

Spencer said she moved the school’s main office to Atlanta last year to expand services, but still carries a license in Milwaukee.

In an era where everything’s on the Internet, high school diplomas and other credentials can be found with a simple Google search, said Beth Lewis, GED administrator of the Wisconsin Department of Public Instruction.

There are hundreds of websites offering GED credentials. What they don’t tell you, Lewis said, is the “accredited degree” they’re offering is practically worthless. She warns consumers that GED tests can only be taken at official GED testing centers and never online.

Lewis said the state on several occasions has looked into referring Midwest, and other schools like it, to the Department of Justice. DPI has asked alternative education institutions to teach students about fraud.

“Part of me hopes there’s a great penalty for these people,” said Lewis, referring to Midwest Adult Academy. “We’ve all learned the caveat ‘buyer beware,’ but sometimes this preys on people and that’s the hard part.”

Back to school, again

Without a GED, Wallace couldn’t enroll Bostick in the CNA course. But she could provide a fresh start with SDC’s competency-based diploma program, and a guarantee.

“I promise when you get through all of this you will be as legit as legit can be,” Wallace told Bostick.

SDC offers the only competency program in Milwaukee County approved by the state superintendent of public instruction. Adults with special learning needs or — like Dequana —who pass an admissions test, can enroll in the High School Equivalency Diploma (HSED) course with a referral from a GED instructor or high school teacher. The course allows students to create a portfolio of work that demonstrates required competencies. The HSED is equivalent to a GED.

Under state law, the program must include employability skills, career awareness, citizenship and curriculum around each of the academic subject areas tested in the GED exam. The highly structured and intensive course costs $15 and meets four days a week for 16 weeks. Students can’t miss more than 12 hours of instruction.

“It’s like a full-time job,” said Jake Gorges, SDC’s education coordinator. He said the competency program is typically a last resort for students who struggle with traditional GED programs.

“This competency-based diploma is vital,” Gorges said. “Without a GED, they’re often the first people to get fired because they have nothing to defend themselves with. They’re easy targets.”

An adult with a high school credential earns on average $568,000 more over a lifetime than an adult without one.

Marsha Connet, one of a handful of instructors teaching the competency program at SDC, is impressed with the students’ commitment.

“I think what I find in these type of students is a real strong focus. They figured out what they did wrong before and are now focused to complete the program. It is probably among the most rewarding things I’ve done in employment,” she said.

Bostick, who is now studying to be a licensed practical nurse at MATC, said she often recommends SDC’s program. “It was a fun experience. I tell a lot of people about the program now. But I warn them if they don’t put in the work they’re not going to pass.” The message seems to be getting out. Gorges said the program is on track to graduate a record high number of 80 students this year.

Last December, Dequana’s family attended the graduation ceremony and watched her cross the stage in her cap and gown to accept her diploma. After all the obstacles and false starts, Bostick said graduation day was one of the best days of her life.

“It was a special moment. I felt like I actually made it this time,” she said. “This is something that nobody can take away from me.”