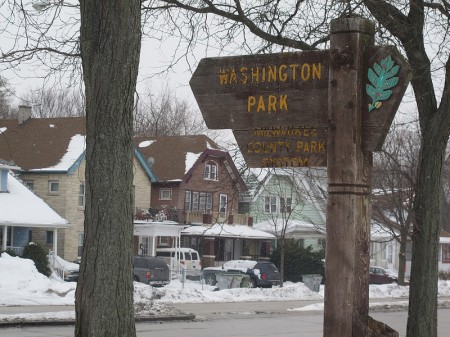 On the last Tuesday of every month, landlords from the Washington Park neighborhood gather to share resources and swap information. Organizers say the monthly meetings are strengthening the community and shifting the public’s stereotypical perception of landlords as “slumlords.”

Since launching in August, the Washington Park Landlord Alliance (WPLA) has hosted more than 30 landlords representing about 115 properties in Washington Park.

Anton Teubner, an Americorps VISTA volunteer at Habitat for Humanity and one of the group’s leaders, estimates that Washington Park is home to 60-to-65 percent rental units. Teubner said the monthly meetings allow landlords to learn about opportunities to improve rental property and stay current with changes in state and local law to protect both tenant rights and landlord investments. “The quality of the rental market … has a direct correlation with the quality of life in the neighborhood,” Teubner said.

Gregg Vosswinkel, a DNS code enforcement inspector, visited the group in November to speak and answer questions about various city resources available to the landlords. Vosswinkel said such meetings allow the department to foster a relationship with property owners that extends beyond harbingers of bad news. “They get to know us a little bit beyond the big, bad, building inspectors that send them hate mail. They come away with a clearer understanding of what we do and how we can help them,” he said. 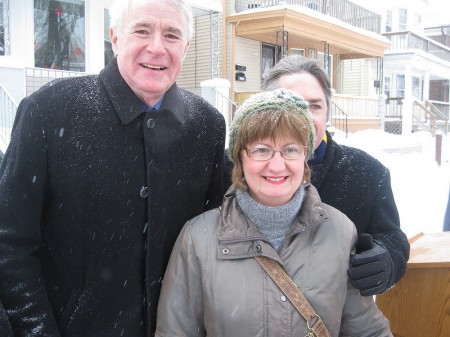 As an owner and manager of several houses in the Washington Park neighborhood, Pat Mueller has been involved with area landlord compacts for years.

“Being a landlord is not an easy job,” she said.

Impressed by the impact of the groups, Mueller, with the help of other community organizers, recently started the Martin Drive landlord alliance. Other established compacts in the Washington Park area include the Avenues West and West End landlord compacts.

Mueller said the meetings provide a wealth of information to landlords and often serve as mini training sessions. At a recent meeting, Mueller said a representative from Wisconsin Legal Blank spoke to the group to offer packets of legal forms for purchase and clarify their use. “Many people don’t do rental applications, [or] written leases and don’t check backgrounds. They don’t know what the correct procedure is,” Mueller noted.

Kong said he’s seen properties that have historically been nuisances turn around and become cooperative and peaceful after the property owners become involved with the landlord alliances. “Overall, those areas that have landlord compacts have less issues of crime than in those areas where you have absentee landlords,” Kong said.Landlord compacts in the Washington Park area are helping owners of rental properties come together to share resources and abate problems that typically plague central city neighborhoods.