You are here: Home / Home / Carousel / Growing Power provides a record 40,000 pounds of carrots to schools
Share this... 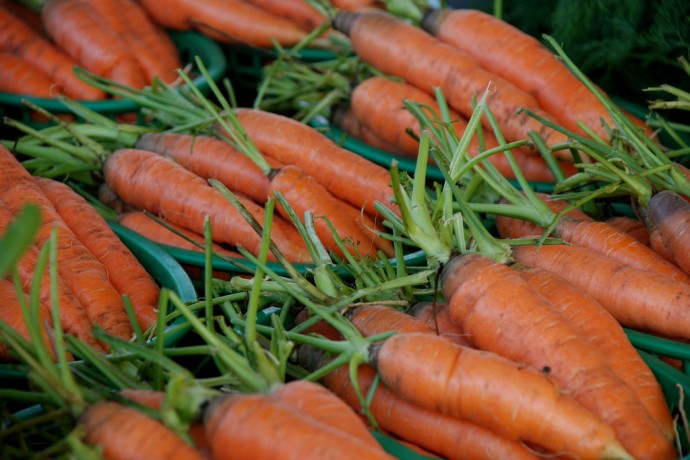 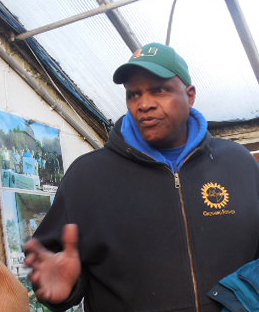 Will Allen, CEO of Growing Power

When Growing Power, a local nonprofit farming organization, sold 40,000 pounds of carrots to schools recently, the group was not aware that it was setting a record. The sale marked the largest farm-to-school fresh food procurement ever in the United States, according to the U.S. Department of Agriculture.

Of the 40,000 pounds, 10,000 pounds went to 105 schools in Wisconsin, said Sarah Christman, wholesale produce manager at Growing Power. The remainder was sent to Chicago Public Schools. Milwaukee Public Schools was not included in the transaction, although MPS has previously purchased produce from Growing Power.

A school district with 40 schools in Appleton received some of the 10,000 pounds of carrots, Christman said.

Will Allen, Growing Power’s founder and CEO, said the 40,000 pounds of carrots were part of a 500,000-pound crop harvested at the organization’s 34-acre farm in Jackson. It took 75 days to grow the Bolero seeds that Allen bought from Johnny’s Selected Seeds in Maine.

“The weather was ideal and the soil was good carrot soil,” Allen said. “I bought a new precision vacuum seeder that planted three rows at a time, each row 15 inches apart. That made all the difference.”

MPS spokesperson Tony Tagliavia said Growing Power did not contact MPS about the recent crop, although it has provided produce to Milwaukee Public Schools since 2009.

“Carrots were purchased earlier (last) fall for MPS to use in the harvest medley,” Christman said in an email. “We filled MPS carrots orders to the fullest – the harvest medley project just did not gain as much interest as all who invested in the project … would have hoped.”

“We’re going to be putting greenhouses in (MPS) schools in spring,” Allen said. “The earlier we can get (kids) on track to eating good food, the better.”

Allen encourages individuals to work proactively on solutions that can provide healthy food to future generations.