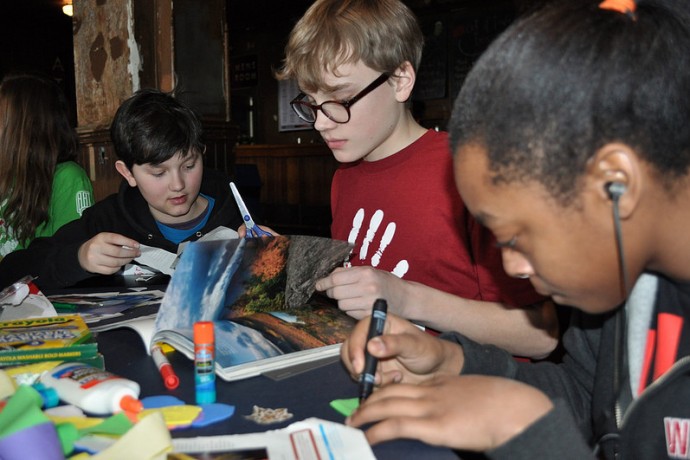 The students at Serve2Unite’s first Winter Peace Summit had clear goals for attending. “We’re all here for a reason and we need to unite,” said 13-year-old Golda Meir School student Devon Boyer.

This sentiment was echoed throughout the event, from the presentations by Serve2Unite student members to the art projects the attendees created at the summit.

According to Arts @ Large founder and co-director Teri Sullivan, almost 400 students from eight Milwaukee Public Schools attended the event at the Turner Hall Ballroom, 1110 N. Old World 3rd St. “There are actually second graders all the way through seniors here today, all across the board, working together on peace,” Sullivan said.

One of the event’s goals was for students from different Milwaukee public schools to meet and interact with one another as they worked together on activities. “Shake hands and find out what commonalities you have because really that is the basis for this whole thing. When they find those commonalities, it will begin to build leaders and peaceful communities,” Sullivan said. 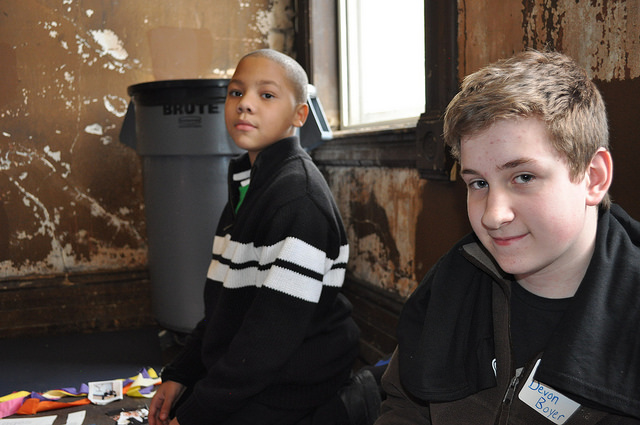 Serve2Unite and Arts @ Large are partnering with Milwaukee Public Schools to work with students on service-learning projects that use art, math and science to promote peace and unity in their communities.

The Winter Peace Summit was a kick-off event for schools forming their own Serve2Unite chapters this year. The pilot chapters were created in spring 2013 at Fernwood Montessori School, 3239 S. Pennsylvania Ave., and Westside Academy, 1945 N. 31st St. Students from those chapters presented videos, poems and music they created through the Serve2Unite program. Beginning this spring, the eight new schools will create similar art projects that will be published in S2U Magazine.

According to Pardeep Kaleka, Serve2Unite founder and teacher at NOVA Middle and High School, “We magnify our differences and minimize our similarities.” Through Serve2Unite, Kaleka wants the students to understand that “they are more alike than they know.”

Serve2Unite was founded after a shooting at the Sikh Temple of Wisconsin in Oak Creek on Aug. 8, 2012 that resulted in the deaths of seven people, including the shooter. Among those killed was Kaleka’s father, Satwant Kaleka, president of the church. According to Pardeep Kaleka, Serve2Unite began as a community service project to bring members of the Sikh community out into the broader community.

After partnering with Arts @ Large, a nonprofit that helps MPS students create art with a message, the project focused on creating art that promotes peace and unity. “We are facing a new generation of kids that are going to have to go through the most difficult transition. It’s not as hard to change laws as it is to change mindsets. And what we’re trying to do now is change mindsets,” Kaleka said.

The students seem to be getting the message. “I’m looking for a way to make Milwaukee peaceful,” said Hampton Elementary School fourth-grader Maurice Williams.