You are here: Home / Posts from Community / Stepping Forward to a brighter future
Share this... 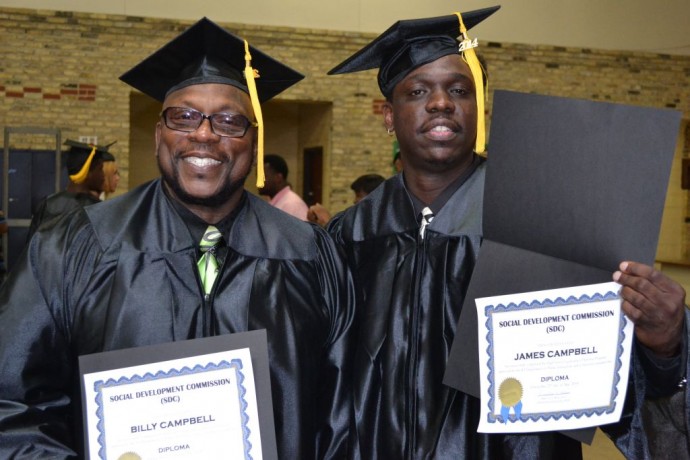 67 adult men and women took a big step on the road to their dreams. They graduated from the GED/HSED program at the Social Development Commission (SDC) Thursday.

The students completed five months of coursework and testing at the agency to earn their high school diplomas. During that, they overcame many obstacles and challenges on the way as was recognized by speakers at the ceremony. Kalan Haywood, Senior, founder and President of the Vangard Group, presented the keynote address. He told the graduates they were the authors of their own future after relating the challenges he had faced while becoming a local real estate development leader.

SDC CEO George Hinton also told the students that their new life was just beginning. Noting that he also is a GED graduate who went on to lead SDC as well as Aurora Sinai Samaritan, Hinton reminded them that they are now role models for others who are also looking to turn their lives around.

One such inspiring graduate is Priscilla Hazelwood. The Milwaukee woman dropped out of high school to raise her family and watched as first her children and then her grandchildren walked across the graduation stage. She decided that “today is my time” so she entered and successfully completed the GED/HSED program.

Emma Mattin is another graduate in the SDC class. She addressed her fellow students during the graduation ceremony, telling them “you did the thing!” She recalled how they stuck together during the classwork and helped each other stick to their goals despite hard times and struggles. She also reminded them that “we will all go on to greater and better things after today.”

The GED/HED program at SDC graduates two classes annually. Online registration for the next session will begin on June 2 and can be done by going to the SDC website at www.cr-sdc.org/index/Programs–Services/Education–Training/Basic-Skills.htm. 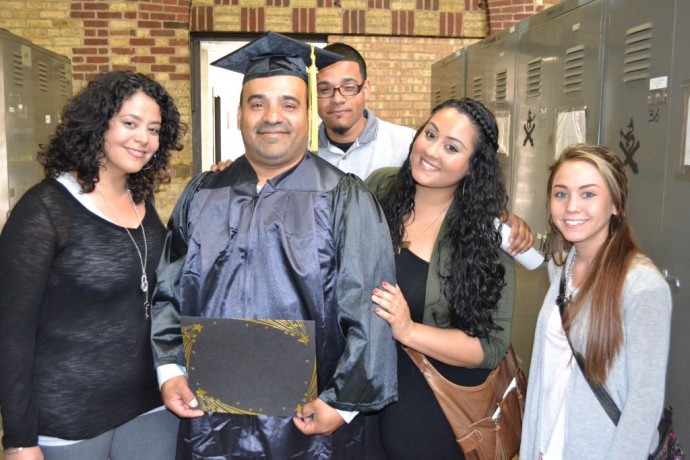