You are here: Home / News / Arts and Recreation / Photo show celebrates the faces of Milwaukee neighborhoods
Share this... 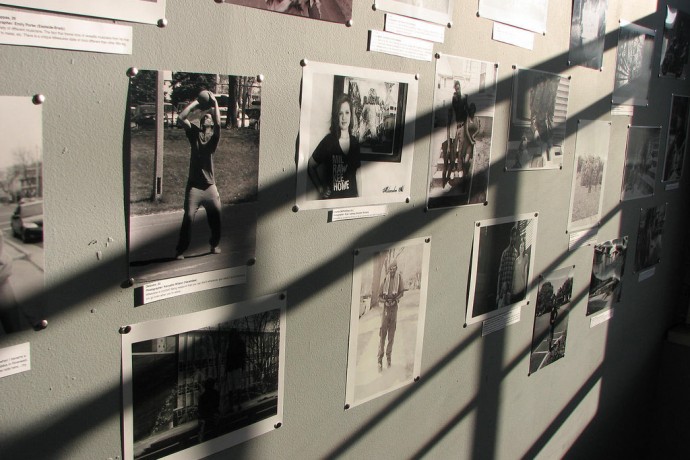 Photos on display at the “I Am Milwaukee Home” show. (Photo by Brittany Carloni)

If someone could put a face on the city of Milwaukee, what would it look like?

That’s the question Ciera McKissick, editor and founder of amfm magazine, endeavored to answer with the “I Am Milwaukee Home” photo exhibit at the Art is For Lovers gallery, 2228 N. Martin Luther King Jr. Drive in Bronzeville.

McKissick was inspired to do the show after featuring Milwaukee in an issue of amfm, an online Q-and-A magazine focusing on art, music and fashion.

The show also was prompted by a social media discussion started by Art Is For Lovers Gallery co-owner Karl Reeves about the MilwaukeeHome t-shirt brand owned by Melissa Thornton.

MilwaukeeHome started about two and a half years ago. The group’s website says the company is “a brand built by the community,” but Reeves commented through social media that the brand did not represent the city’s diversity. With Reeves and Thornton, McKissick thought a photo show could create a new discussion about community in Milwaukee.

“I wanted to bring to people’s awareness this idea of community and what community we represent when we talk about Milwaukee and who the people are that make up that community,” McKissick said. 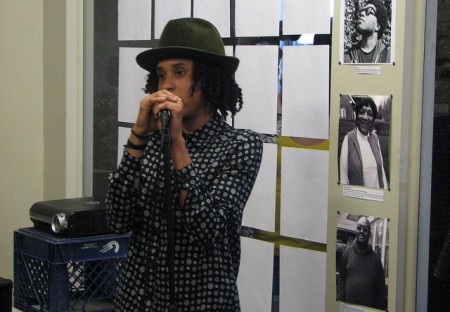 Cierra McKissick addresses the audience at the “I Am Milwaukee Home” photo show. (Photo by Brittany Carloni)

The photographers also asked their subjects what about Milwaukee represents home to them, which gave the photographers a chance get to know people in their community, according to McKissick.

“The [photographers] have been saying that they’ve been having a lot of fun just talking to people and I feel connections like that bring us together and open up the floor for conversation,” said McKissick, whose photographs included Rufus King High School and Borchert Field.

“I think that conversation can provoke change and I think that people have really had their eyes opened to the community in a different light,” she added.

Kristen Donat, who took photos of Walker’s Point, got involved in the show after being encouraged by her friends.

“The area that [I] live in is right near National Avenue and 1st Avenue, so there are a lot of people there. [My friend Syd Robinson and I] went out on a random Sunday and we were able to get three portraits within an hour; you know, folks waiting on the bus or folks waiting outside restaurants, someone working on their yard,” she said.

“To be [in a photo] on the wall is an honor,” Robinson said. “I’m really grateful that Kristen decided to use me as one of her photo subjects, but it also feels strange to see myself in a weird dance pose. But, that’s my personality, so I think she captured me,” he added.

Kenya Wardvisited the show to support her friends who took photos.

“[The show] definitely describes Milwaukee, our gathering place, so it’s amazing to see such diversity,” she said.

“You’ve got everything mixed in together, so I really [enjoyed] this, everyone getting all sides of Milwaukee and not just one side.”

McKissick said she wanted to give visitors the chance to celebrate home and Milwaukee.

“Milwaukee is a really great place when you look at it from a community standpoint. I know that Milwaukee has its issues and whatnot but there are a lot of people [who] believe in the city and see the potential in it,” she said.

“I feel the same way about it and it just makes me want to work harder to have an impact on the city.”