You are here: Home / News / Arts and Recreation / Milwaukee teens traumatized by violence find their voice in new documentary
Share this... 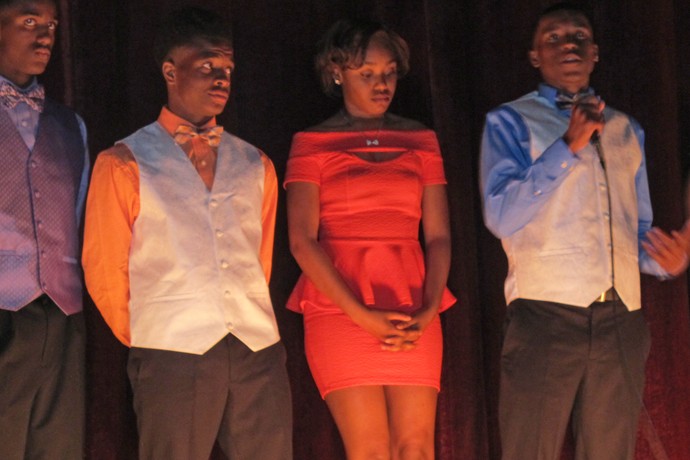 Teens appearing in the documentary “Can Your Hear Us Now?” answer questions from the audience at the premiere. (Photo by Karen Stokes)

La’Ketta Caldwell, senior program manager at the Boys & Girls Clubs of Greater Milwaukee, recalled attending two funerals within a short period of time in 2012. One was for a friend; the other was for a student. Both died from acts of violence. In addition, a brutal fight broke out inside the church at the student’s funeral service.

“It traumatized me,” said Caldwell. “The kids are surrounded by violence and don’t have a voice.”

Out of this experience came the idea for a 40-minute documentary called “Can You Hear Us Now?” The documentary focuses on students affected by violence in Milwaukee.

The documentary premiered at the Oriental Theater in front of a sold-out audience of nearly 1,000 people, according to Kristin Paltzer, a spokesperson for the Boys & Girls Clubs. It shows what teens’ lives are like in the Lindsay Heights neighborhood, revealing how they feel about walking down the street amid violence and drug activity. It also addresses the impact of dealing with homelessness and difficult relationships with family members. 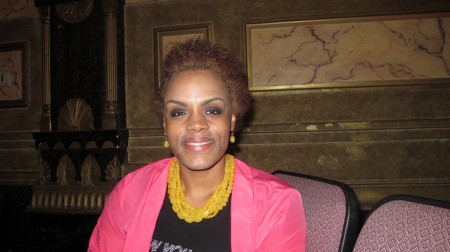 La’Ketta Caldwell, senior program manager of Boys & Girls Clubs of Greater Milwaukee, came up with the idea for “Can You Hear Us Now?” (Photo by Karen Stokes)

Approximately 150 students from North Division High School and LaVarnway Boys & Girls Club participated in a year of workshops where they learned life lessons and coping skills. The project also gave them a safe environment to express themselves.

The documentary shines a spotlight on some sobering statistics: in Milwaukee, 40 percent of children live in poverty and the city’s African American children have a 44 percent graduation rate.

According to Caldwell, at the beginning of the project 75 percent of the students did not believe that they could make a change in their community. They have come a long way, she said.

“I didn’t want to go, but I went and kept going and got attached to it,” said Yakria Morgan, 16, who appears in the documentary. “I used to have anger issues; I’ve calmed down. The project helped me a lot. I communicate better with my friends.”

Raga Doodwyn 11, commented, “The program gave me a whole new perspective on what I can do in my community and how I can help. I want to make a difference in our community and help stop the violence.” Added Jhutrai Dixon, 17, “I want to uplift other kids coming behind me. I want to help make a better community.”

According to Caldwell, the Boys & Girls Clubs are working on additional opportunities for the public to view the documentary, and the project will continue next year.

“Can You Hear Us Now” is a movement,” Caldwell said. “There are more stories to tell and more youth to empower. …We need to validate our kids.”