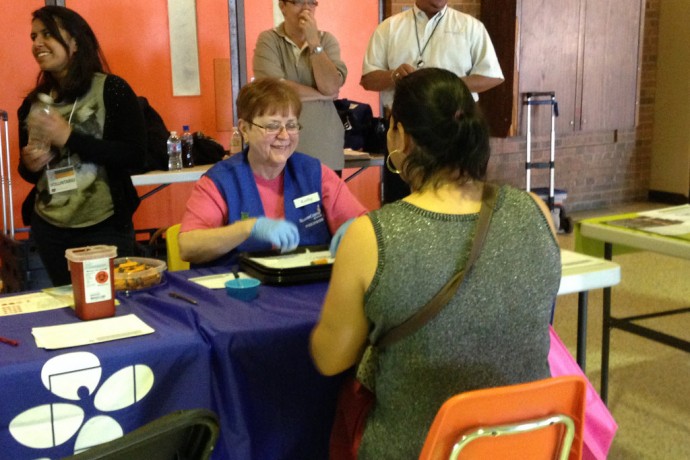 The English translation of ‘día de la mujer Latina’ is “day of the Latin woman.” However, it can also be interpreted as an event seeking to promote cancer prevention and early detection in the Latino community.

According to the Wisconsin Department of Health Services, Hispanics/Latinos have the highest uninsured rate of any racial or ethnic group in the United States, which is why the event targeted the Latino community.

Jesus Barbosa, a specialist in community programs for the event’s sponsor, the American Cancer Society, has planned the event for the past seven years. While Barbosa said testing and screening are important, he noted that the primary objective is to educate people about cancer and the steps that can prevent illness. 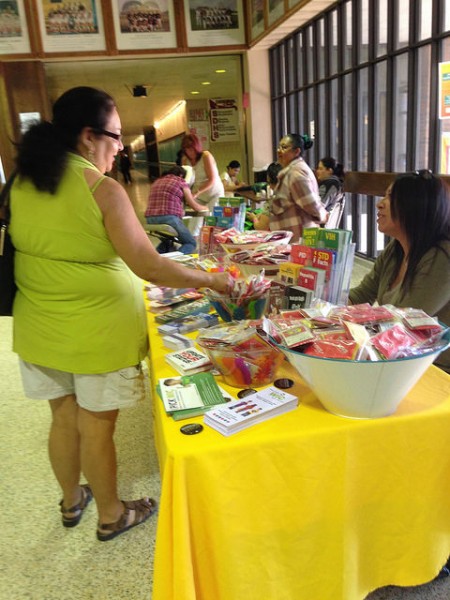 “By offering some education hopefully we’ll inspire them to be proactive about adopting prevention practices with their health,” Barbosa said.

Educational workshops were available for patients to learn more about cancer detection and treatment. HIV and breast cancer classes were required before patients were allowed to be tested.

“We want to ensure that people get a strong education in those areas… so they can take it to the younger generations, the children and their families.”

“We think it’s important for women to know their status within the community,” Toscano said. “A lot of women think they’re not high risk and they might be.”

Volunteer Judy Hernandez ran the Susan G. Komen booth, which offered free mammograms, breast screenings and information about breast cancer. According to Hernandez, breast cancer is the most common cancer in Hispanic women.

“I think it’s a really good cause to help the Hispanic women become more aware of the problems that can arise,” Hernandez said.

Lourdes Mendez said she came for a mammogram in order to stay healthy as she ages. “Because I am now 45 years old I am worried because I am at an age where women have to be more careful,” Mendez said.

Inspired by her grandmother who lost her battle to breast cancer, De Chico goes out into the community to educate women on the importance of getting a mammogram. She also provides women with the resources to get mammograms if they are uninsured.

Translators such as Sergio Moran, an intern from the Community Health Internship Program (CHIP), were stationed at each booth to help if there was a language barrier between patients and providers.

“I’ve been translating since I was a kid,” Moran said. “I like giving back to the community.”

Since the event started eight years ago, Barbosa said the number of people attending has increased. This year he estimated that more than 500 people came to get tested.

“We’re giving out information so families can see all of these great organizations that are out there to help them.”