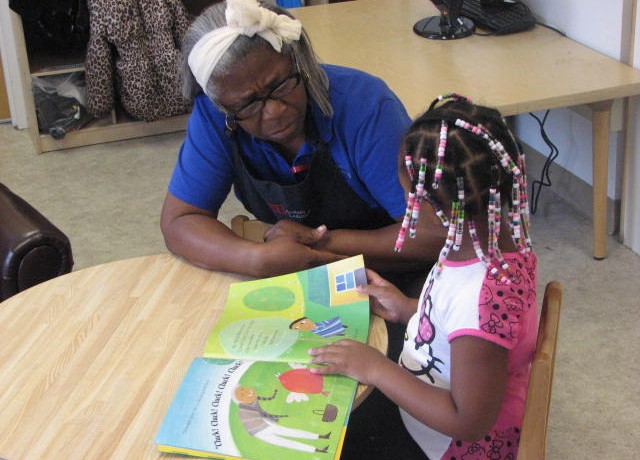 Acelero teacher Benedicta Graves reads a book with one of her students. (Photo by Patrick Leary)

As part of a unit on trains, boats and cars, teacher Benedicta Graves asks a cluster of five 3-year-olds if they saw a wheel on their way to school. The children discuss the question together, then, one-by-one, wander up to a flipchart and write their own names in pencil under the “yes” or “no” column.

“This enhances their social skills, because they get to sit with their friends and talk about areas that we are engaging them in,” said Graves, a teacher of 40 years.

Social skills are among the lessons that Head Start program Acelero Learning instills in its preschool students. Acelero arrived in Milwaukee in June 2013; the organization also runs schools in Middlesex County, NJ, Philadelphia and Las Vegas..

“Our goal is to provide high-quality, early childhood education during the years, age three to five, that are really important to childhood development, said Julie Driscoll, director of family services and health for Acelero Milwaukee. The school works to  assure that low-income children start kindergarten on par with their middle-income peers, she added.

Like all Head Start programs, Acelero’s services are free. However, in contrast to other programs, Acelero offers full-day preschool, from 7 a.m. to 5 p.m. It also provides a year-long program, so that the children are better able to retain the information and skills they learn. 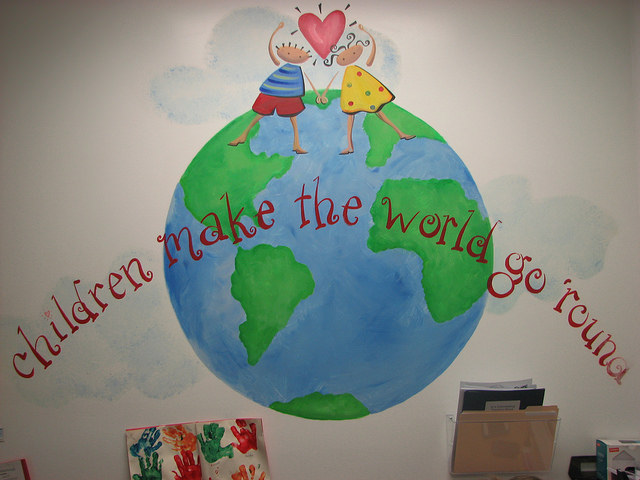 “What we work really hard on is developing very specific processes, policies and procedures that take the guessing game out of how to meet performance standards,” Driscoll said.

In the past year, Acelero has opened eight locations in Milwaukee County. One of those is Jo’s Daycare Academy at 4801 W. North Ave., where Graves is a teacher.

“The children who go through our program, leave our program ready for kindergarten, and that is a great first step in life to take,” said Center Director Carrie O’Connor, who joined Acelero to help address education deficits she saw among children from low-income families in Philadelphia.

The Milwaukee location features three full-day classrooms, two in the summer, with a maximum of 17 toddlers in each room. Acelero serves two meals per day to the children and stresses play time as a key component of growth.

Since Acelero does not offer transportation, its students generally live within walking distance. School representatives canvass the centers’ neighborhoods to fill the classrooms. It also has parent councils on both center and county levels that help determine the effectiveness of its programs.

“We’re building relationships in the neighborhoods,” O’Connor said. “Our roots here are pretty new and fresh. The structure of Head Start provides support for building those relationships.”

Breanna Robbins has seen great improvement in her 3-year-old daughter Aniya, who has attended Jo’s for half her life.

“They’re just so good at comforting her and helping her in every area of learning,” Robbins said. “As far as advancing her, they’re good at one-on-one time. I love the attention that they give her.”

That personal attention comes from passionate Acelero teachers such as Graves.

“We are trying to get as many children ready socially, emotionally and build their characters and self-esteem,” Graves said. “If they have a good foundation, they’ll be able to go out and function.”