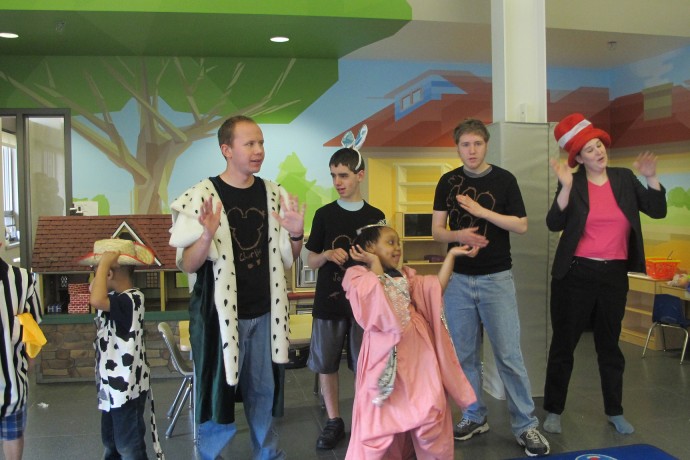 Julie Borouchoff, director of SuperStars Summer Arts Camp, loves clowning around…literally. She has been performing as a professional clown since the ‘80s.

Borouchoff, who is holds a certificate in autism, was inspired to start SuperStars while working with autistic children for many years at Milwaukee Public Schools.

“I use my performance skills, along with my compassion for kids on the autism spectrum when teaching at SuperStars,” said Borouchoff. “I want to make this a fun and positive experience for children to be themselves and learn to interact with others while experiencing drama, movement, dance and visual arts.” 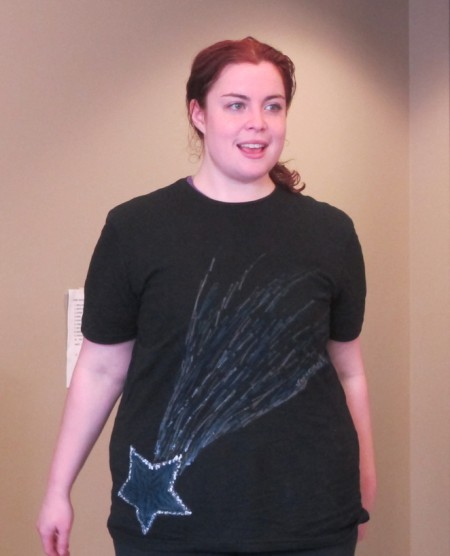 The two-week summer camp, in its fifth year, welcomes children on the autism spectrum, siblings and friends from ages 4 to 17. This year’s session ran until June 27.

According to the U.S. Center of Disease Control and Prevention (CDC), one in 68 children are identified with autism spectrum disorder (ASD). ASD symptoms range from severe to relatively mild. The disorder is characterized by difficulties in social interaction, verbal and nonverbal communication, and repetitive behaviors.

“Sometimes we perform a play, sometimes group musical numbers and solos. Because of the characteristics of autism, often the performances are spontaneous,” Borouchoff said.

The children learned songs from Mary Poppins, The Lion King, Toy Story and Fantasia for a Disney-themed performance. They also learned a comedy routine as well as a juggling act. An improvisational skit featuring the entire cast was the highlight of the presentation.

“Activities are tailored to fit the needs of each individual child,” Borouchoff said. “The main goal is to have fun, work on social skills and make friends.”

When camp began Lizzie, a 6-year-old girl diagnosed with ASD, would sit by herself, not interacting with the group. After a few days, Lizzie started participating in group activities. “This is huge progress,” said Borouchoff, ”We are grateful Lizzie is joining us.”

Vanessa Johnson has a hard time finding activities for her two children with special needs. Her daughter Anaih, 6, has autism; her son, Arion, 4, has other health concerns.

“My children enjoy the camp, [and] I wish it was longer than two weeks,” Vanessa said. “This is their second year attending and they have been talking about it since last year. I am surprised to see how quick the kids catch on to put on a show in two weeks.”

SuperStars is a family affair for Borouchoff. Her son Avi, 18, is the song leader and her daughter Brianna, 24, sings and assists campers.

“Autistic kids are fascinating,” Avi said. “[There is] so much connection and interworking. It’s interesting to see how they connect to each other.”

Nehemiah, 16, a student at Milwaukee High School of the Arts and a friend of Avi’s, is not on the autism spectrum but wanted to participate because he has a brother with autism.

A typical day at camp consists of music, dance, art and drama, with theater games and movement to music. ‘They have a daily routine but we allow room for flexibility,” Borouchoff said. ”Sometimes the kids can get emotional.”

“Every day is a little different,” she added.