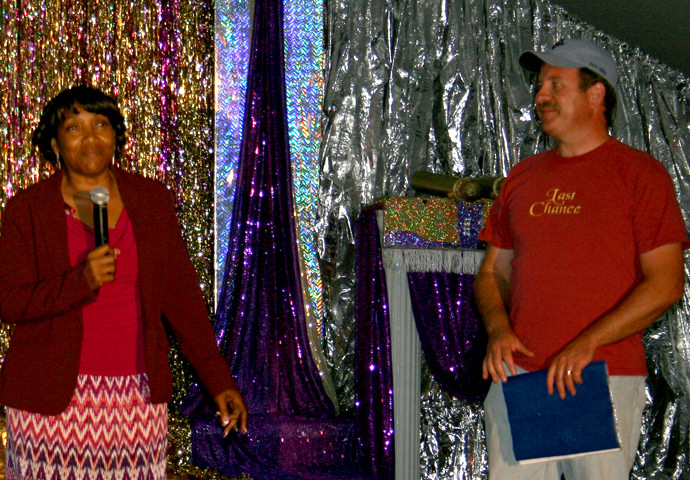 As the sun set, dozens of children rushed to claim their spots in front of the stage at the Woodlands, a 576-unit condominium development at the northwest corner of Milwaukee. The air was filled with the sounds of gospel music and the conversations of community residents.

More than 350 people gathered to view a free community production of “Heaven’s Gates and Hell’s Flames.” The play was produced by Reality Outreach Ministries and sponsored by Evangel Assembly of God and Brothers And Sisters In Christ Serving (BASICS). 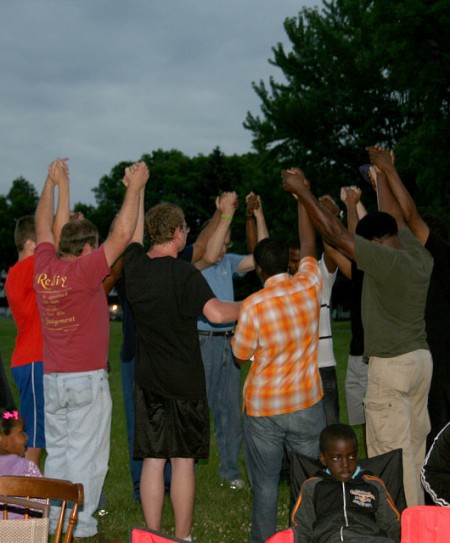 The scene warmed the heart of Neva Hill, a community outreach consultant at Woodlands for the past four years.

“Before, there wasn’t any trust,” Hill said. “Nobody talked to each other.”

Hill described the Woodlands, known as North Meadows before the name was changed in 2000, as a “forgotten place” due to limited resources and insufficient access to food, education and health care for its 1,900 residents. This hasn’t stopped her from working to improve the quality of life in the neighborhood, however.

She said building trust was difficult in the beginning. The residents often asked her why she was here, and how long she was going to stay. By connecting with the children, Hill said she was able to reach out to the parents.

People respond when you meet their needs, she said. “If you meet a need, you build a relationship.”

When she first arrived four years ago her office was empty; now she’s created a reading room that is filled with children’s books — and often with children.

Odis Turner, a local actor who played a sinner, said he had fun getting involved. The play, which featured neighborhood residents, is about how the actions people take in their lives determine where they spend eternity after death.

“I wanted to help out and learn more about God,” Turner said.

According to Hill, the production was special because many people in the area do not have the opportunity to attend or be a part of a play. 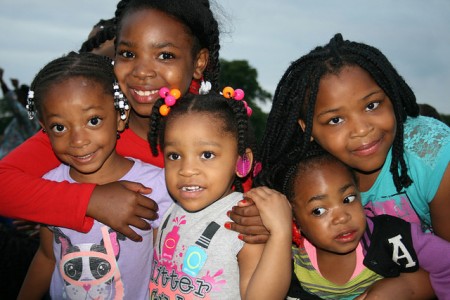 Neighborhood children attended a live production at the Woodlands.

Woodlands resident Bernine Crusc said she went to the performance because she “never misses anything Neva puts together. I always help out Neva.”

Jay Fischer, lead pastor at Evangel Assembly of God, has been involved with Hill and her mission to revive the neighborhood for four years. Since his arrival, he has witnessed a positive change in the community, he said, and he credits the activities and events planned by Hill and other faith-based organizations as a big part of the improvement.

Based on the hundreds of people who came to see the show, Hill and the pastors from Evangel Assembly of God want to bring the production back to Woodlands next year, as well as to other city neighborhoods to promote spiritual and community growth.

“It’s easy to stay inside the four walls of the church where it’s safe,” Fischer said. “But you have to go out.”