You are here: Home / News / Arts and Recreation / City teens have a ball on Cal Ripken, Sr. Day
Share this... 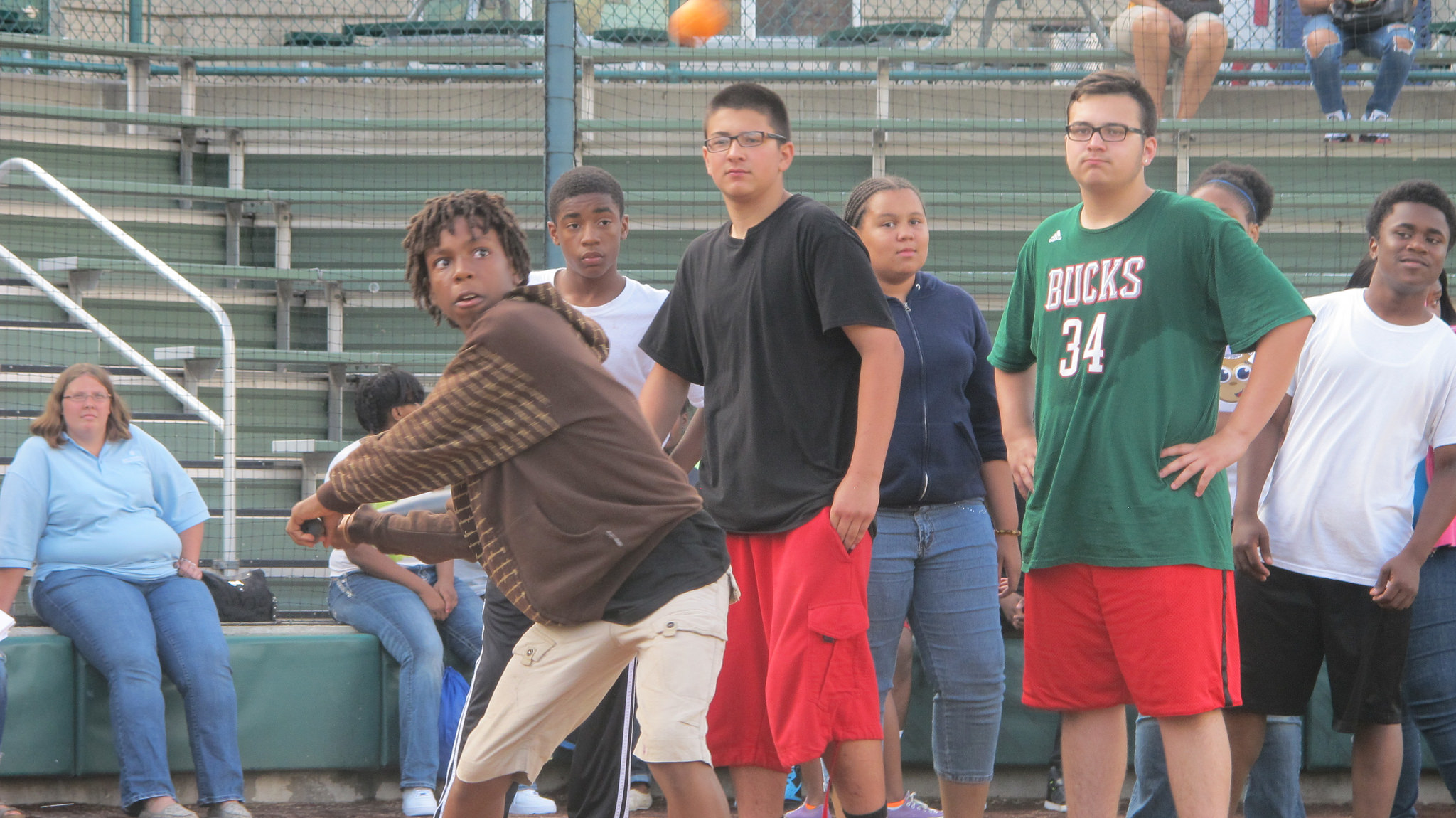 Kids from Agape Community Center swing the bat during the high-tempo game of Quickball. (Photo by Scottie Lee Meyers)

In the shadow of Miller Park, Jhalanni Paige steps up to the plate at Helfaer Field and crushes a ball high into the air that eventually drops onto the outfield grass, earning his team 15 points.

Paige sprints to first base without admiring the trajectory of his hit — there’s no time for that in this game — and quickly circles back to the end of the line to bat again before the inning time expires. No one calls strikes or counts outs because although it’s being played on a diamond, this isn’t a game of baseball. This is Quickball, America’s national “fastime.”

“I’ve never played Quickball before. It’s fun. I like it because there’s so much action going on. It always feels like it’s my turn to hit,” said Paige, a teenager who came with about 20 other kids from the Agape Community Center.

About 60 girls and boys from several community centers across Milwaukee recently participated in the nationwide celebration of “Cal, Sr. Day,” hosted by the Cal Ripken, Sr. Foundation in honor of the former manager of the Baltimore Orioles, who had the rare privilege to coach his son.Cal Ripken, Jr., known as “Iron Man,” played 21 seasons with the Orioles. He was inducted into the Baseball Hall of Fame in 2007. 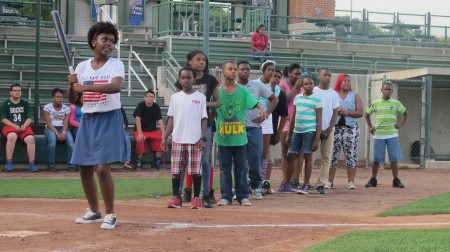 Players line up for their turn at bat. (Photo by Scottie Lee Meyers)

Founded in 2001 by members of the Ripken family, the foundation works to create programs that benefit at-risk youth through partnerships with youth service organizations.

The foundation uses baseball- and softball-themed programs to help build character and teach critical life lessons to underserved young people residing in distressed communities. According the its website, The Ripken Foundation has touched more than 1 million kids nationwide through its Youth Development Park initiative, which develops low-maintenance fields with synthetic turf for underserved kids to play baseball and Quickball.

Quickball addresses the perception that baseball is too slow and not engaging enough for today’s youth by promoting fast-paced action, player involvement and teamwork. Chris and Keith Mackie developed and introduced the game in the late 1990s. It started as an intramural sport at North Carolina State University and quickly grew from there.

The U.S. State Department also has used the game as a baseball-teaching tool for school children in China and in Central America.

“Our goal has always been to give anyone — regardless of skill level, playing experience or socioeconomic background — the chance to play and learn baseball in a grassroots setting that is inclusive, success-based and, most of all, fun,” said Chris Mackie when the game first started getting national attention.

Dominic Foster, program manager at Agape Community Center, said kids love Quickball’s up-tempo, all-inclusive style. They play it regularly at the center, located at 6100 N. 42nd St. in the Havenwoods neighborhood. Best of all, said Foster, is that the kids are learning to work together without even knowing it.

Teams get one minute to hit the small foam ball. Any ball that gets cleanly out of the infield is 15 points. If the batter hits the pitcher with the ball, it’s 30 points. Meanwhile, the defensive team tries to keep balls in the infield and gets points for collecting the balls and putting them into a bucket.

Foster said the Cal Ripken, Sr. Foundation provides much more than the game of Quickball. Each year the organization pays for four kids and a chaperone from each of the foundation’s participating agencies to its headquarters in Baltimore for a five-day camp. Foster has gone in past years and said he and the kids were treated like big leaguers.

“The Ripkens do it right,” Foster said.