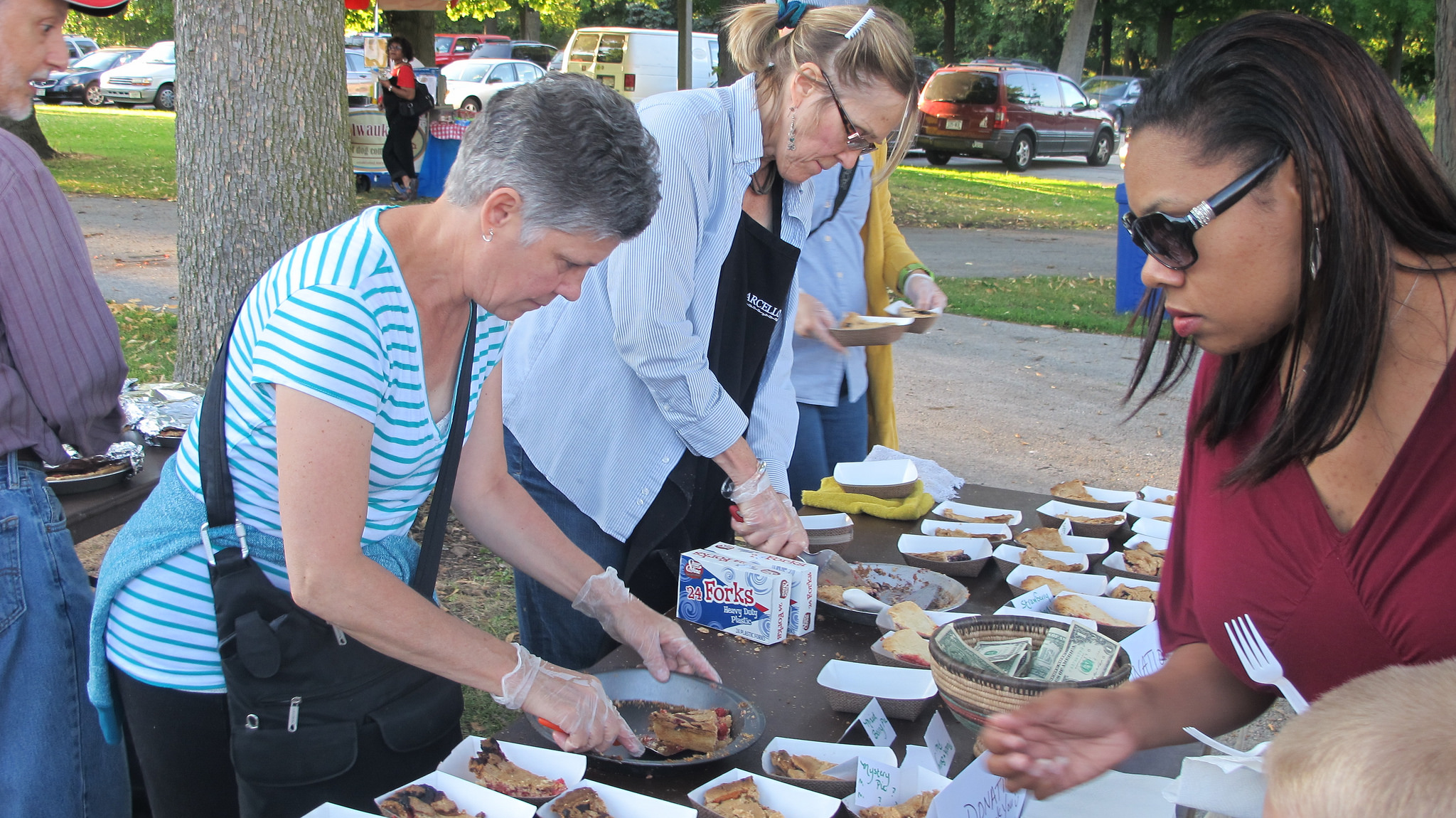 Volunteers cut and serve pie at a recent Wednesday at the Shell concert in Washington Park. (Photo by Andrea Waxman)

The line began forming before the Washington Park concert started on a recent Wednesday night, and even before concertgoers grabbed a free hot dog, watermelon and lemonade. Volunteers from Community Pie enthusiastically passed out pieces of freshly baked apple, peach, blueberry, rhubarb and other kinds of pie.

The day before, neighborhood volunteers and young people who live in the Washington Park area made the pies from scratch. The young pastry chefs also come from Our Next Generation and the Young Scientists Club at the Urban Ecology Center.

Explaining why he got involved, Washington Park resident Corey Evans, 13, said, “I want to help. I wanted something to do before school starts.” 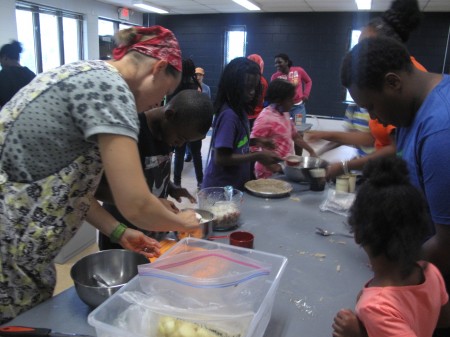 Community Pie was founded four years ago by Amy Peterson and Jessie Tobin, residents of the Martin Drive neighborhood. The group utilizes the facilities at the Urban Ecology Center, 4515 W. Lisbon Ave., twice a year to bake fruit pies to serve at a Wednesday at the Shell in Washington Park concert in the summer and at Winter Fest in late January. The slices of pie are free.

Peterson and Tobin created the project after visiting Mission Pie in San Francisco, said Janine Arseneau, a Community Pie volunteer since its inception. “Mission Pie is a restaurant that chooses their food sources from local farms in California and they wanted to bring that idea to Milwaukee.”

Jane Konkel, a member of the Washington Park Partners (WPP), explained that Community Pie gets its fruit from local sources including neighbors’ apple, peach and nut trees, as well as from strawberry and raspberry bushes in their backyards.

Annie Wegner LeFort, an original member of Community Pie, once worked as a pastry chef and enjoys passing along the art of pie making to the kids.

“Through this experience, the children learn how to make pastry, how to measure and learn co-operation and patience while the pies are baking,” Arseneau said. “And in the end, it creates something delicious.”